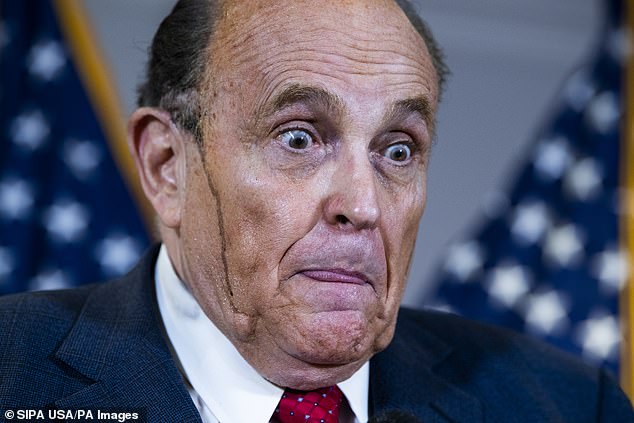 A list of Donald Trump papers being examined by “privilege review teams,” which were among the thousands of items taken from Mar-a-Lago, was accidentally made public by the Justice Department.

Discussions regarding presidential pardons late in Trump’s administration, notably the pardon of former Illinois Gov. Rod Blagojovich, are included in the records, which Trump’s attorneys are attempting to keep out of the hands of federal investigators.

They were published on a federal court docket where they were no longer accessible despite a judge’s order that they be kept under secrecy.

Other records include correspondence with Trump’s team of attorneys, the kind of lawyer-client correspondence Trump has maintained should be kept out of the FBI’s hands.

Trump has previously claimed that officials raided his house and took “medical documents,” but the material that was inadvertently made public suggests there may be more to this claim than first seems.

A “medical letter from Dr. Harold Bornstein” dated 2016 is included in the inventory. This looks to be the notorious letter, which has previously been made public, in which Bornstein attested to Trump’s “excellent” health before taking office.

On a list of items the government decided should be given back to the former president after being taken away during the search, it was listed.

Weeks after the August 8 raid on Trump’s exclusive Florida club, the materials were annexed to a Justice Department document submitted on August 30.

A line in a document titled “The President’s Calls” that reads, “Message from Rudy,” may be a reference to the former Trump attorney Rudy Giuliani, who is being investigated in connection with the Georgia election and was active in Trump’s campaign to rig the results.

Typographical errors can be seen on one note, which reads, “Joe DeGernova Appoint Special Councel [sic],” perhaps referring to Joe DiGenova, the former US attorney who joined Rudy Giuliani at the controversial RNC news conference after the election.

A Post-it note from Cleta Mitchell, a lawyer in Washington who counseled Trump during the push to reverse the decision in the last weeks of his term, is also included.

Other papers merely use the first initials of the individuals being discussed when referring to pardon and commutation negotiations. During the last weeks of his presidency, Trump went on a pardoning binge.

The paper claims that on August 25, a member of the review team’s legal team handed along a 39-page document that “appears to match the former president’s calls.” The majority of the papers are marked with the presidential seal and are captioned “The President’s Calls,” it claims.

There are two groups of papers that are contenders for the “potential” privilege.

An unsigned letter from Trump attorney Marc Kasowitz’s office to former Special Counsel Robert Mueller dated June 2017 was included on the list of papers for which it was assessed that a privilege could exist.

Executive Action to Curb Illegal Immigration and Move Toward Merit-Based Entry was one of them.

E. Jean Carol, a Trump rape allegation, is mentioned in another document. While her defamation lawsuit was being heard by the courts, Trump refuted her claims.