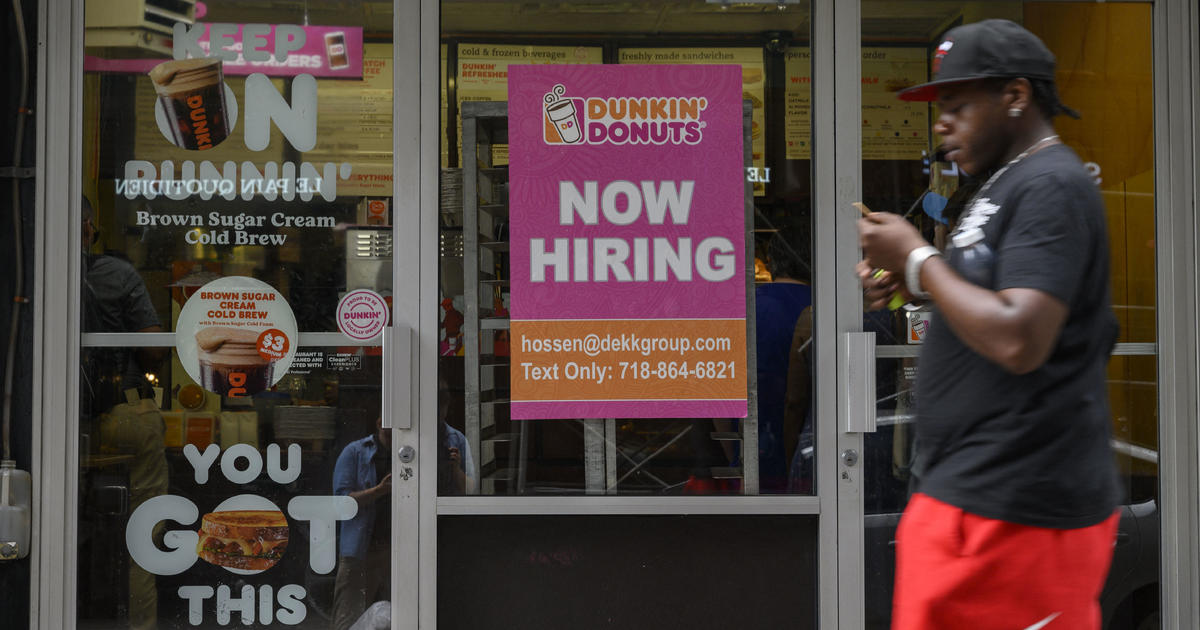 Despite sluggish economic growth and rising inflation, there were more job vacancies in the United States in July after three months of reductions, indicating that firms are actively looking for employees.

On the final day of July, there were 11.2 million vacant positions, up from 11 million in June. Every jobless individual would have access to approximately two vacant jobs on average.

Openings never topped 8 million per month before to the epidemic.

While layoffs also stayed at or near record lows, the rate of resignations slightly decreased. Only 88,000 employees were let go from the hotel and food services sector in July, which is around 60% below the pre-pandemic average.

According to hospitality firms, the “one strike, you’re out” policy for workers who show up late for work is now more like a “10 strikes, you’re out” policy, according to Julia Pollak, chief economist at ZipRecruiter. Because they cannot afford to hire replacements, businesses are unable to terminate employees.

For small businesses—defined as those with 10 to 49 employees—layoffs also reached record low levels.

“Employers are hanging onto the people they have, despite increased economic risks and business uncertainty, in an extraordinarily tight labor market where firms are struggling to recruit prospects,” Pollak added.

The Federal Reserve will be disappointed by Tuesday’s statistics, even if they are great news for job hunters. The Fed is trying to chill the job market by hiking short-term interest rates in an effort to reduce borrowing and spending, which tend to increase inflation.

Jerome Powell, the chair of the Federal Reserve, and other officials have said that they want to lower the number of available positions without increasing unemployment. Although many economists believe that such a result is implausible, the Fed’s own predictions indicate that the unemployment rate will increase later this year.

But according to the most recent data, there is still a high need for employment. The government will disclose its monthly employment report on Friday, and it is anticipated to indicate that 300,000 jobs were gained, which is still a strong level despite a dip from the previous month when hiring exceeded 500,000.

»Job openings rose in July after 3 months of decline«