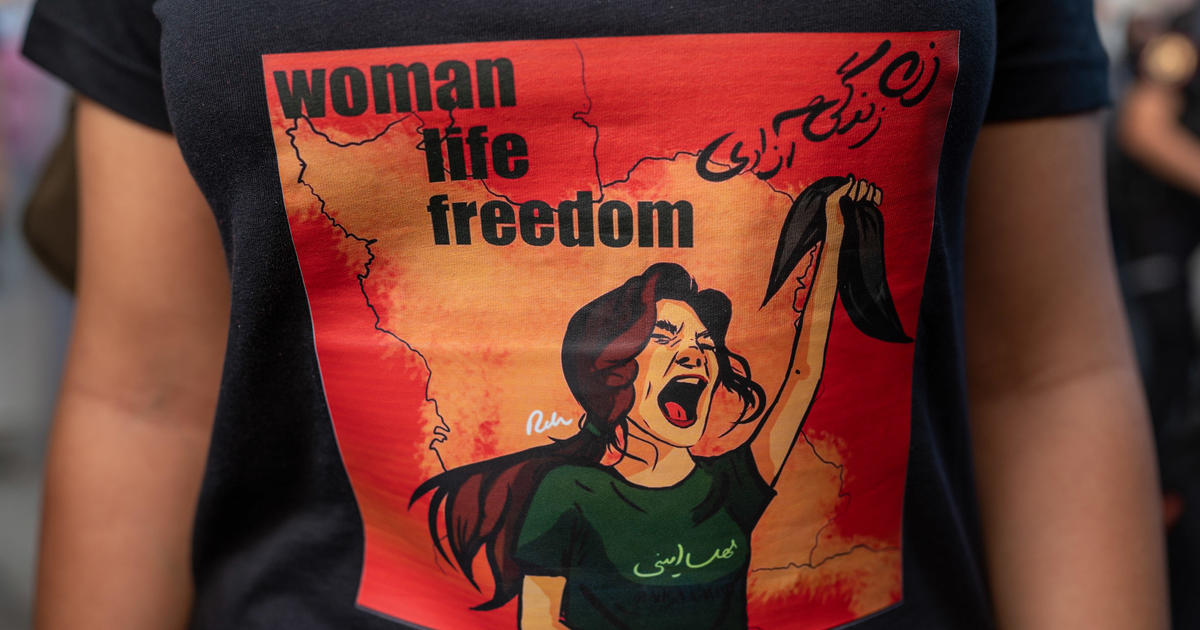 In response to the wave of demonstrations organized by women that were started by indignation over the murder of Mahsa Amini after she was detained by the Islamic Republic’s morality police, Iran increased pressure on celebrities and journalists on Thursday.

83 people have died as a result of the security forces’ onslaught on demonstrators and their supporters, according to the Iran Human Rights group located in Norway.

The protests have the support of sportsmen, artists, actresses, and filmmakers. Many saw it as a hint when the national soccer team stayed in their black tracksuits throughout the playing of the anthems before a match in Vienna against Senegal.

According to the ISNA news agency, Tehran province governor Mohsen Mansouri warned, “We will take measures against the celebrities who have stoked the fires of the riots.”

Similar accusations were made by Gholamhossein Mohseni Ejei, the head of Iran’s judiciary, who said that “those who got prominent with the system’s help have joined the enemy when things are bad.”

The alerts followed almost two weeks of nationwide rallies and a bloody response that, according to human rights organization Amnesty International, was characterized by “ruthless brutality by security forces.”

Since then, in Iran’s largest protests in three years, women have proudly burnt their headscarves and chopped their hair while chanting, “Woman, Life, Freedom.” For days, parallel demonstrations have taken place in significant cities all over the globe, often in front of Iranian embassies and consulates.

In spite of his “grief and sadness” over Amini’s passing, President Ebrahim Raisi issued a dire warning: “Public security is the red line of the Islamic republic of Iran and no one is permitted to disobey the law and create disorder.”

The latest journalist to be imprisoned in Iran was the reporter Elahe Mohammadi, who had covered Amini’s burial, according to her lawyer. Niloufar Hamedi, a journalist with the reformist Shargh daily who visited the hospital where Amini was being treated for a coma and assisted in bringing attention to the situation, has also been detained by police.

As of Thursday, there were 28 journalists in custody, according to the Committee to Protect Journalists, who also announced the arrests of Farshid Ghorbanpour, Aria Jaffari, and Mobin Balouch.

The Islamic Revolutionary Guard Corps reported to the Fars news agency that 50 members of “an organized network” responsible for the “riots” in the revered Shiite city of Qom had been detained.

In addition to a musician and singer called Shervin Hajipour who was not well known before the riots, several Iranian celebrities were apparently also detained.

He uploaded a video of himself performing a song made solely of protest tweets on Instagram, and it received tens of millions of views before he was supposedly jailed and forced to remove it.

According to official media, a former professional soccer player who supported the protesters was also imprisoned.

Mohsen Mansouri, the provincial governor of Tehran, issued a warning to celebrities on Thursday against participating in the demonstrations.

He was cited by the ISNA news agency as adding, “We will take measures against the celebrities who have stoked the fires of the riots.”

London-based “Widespread patterns of illegal use of force and callous violence by security personnel,” according to Amnesty International, are condemned in Iran.

The use of live fire and metal pellets, severe beatings, and sexual assault against women were all mentioned as examples of this, all of which were done “under the cover of planned continuing internet and mobile interruptions,” the report added.

Agnes Callamard, the organization’s secretary general, said that “dozens of people, including children, have been murdered so far and hundreds wounded.”

In an effort to prove that armed organizations stationed there are to blame for the disturbance, Iran conducted cross-border missile and drone attacks on Wednesday that killed 13 people in the Kurdistan region of Iraq.

In addition to imposing new penalties on Tehran’s oil shipments, the U.S. on Thursday confirmed that one of its citizens had died in the Iranian attacks.

Years of punitive sanctions imposed by the West over Iran’s disputed nuclear program have completely destroyed the country’s economy.

German Foreign Minister Annalena Baerbock said on Thursday that she was “doing all” in her power to encourage the European Union to impose sanctions on those who were “beating women to death and murdering protestors in the name of religion.”

The situation has been minimized by the Iranian authorities.

When Western diplomats attended recent U.N. sessions, Foreign Minister Hossein Amir-Abdollahian said he warned them that the demonstrations were “not a huge concern” for the stability of the clerical regime.

On Wednesday in New York, he said on National Public Radio, “There is not going to be a regime transition in Iran.” “Don’t appeal to the Iranian people’s emotions.”