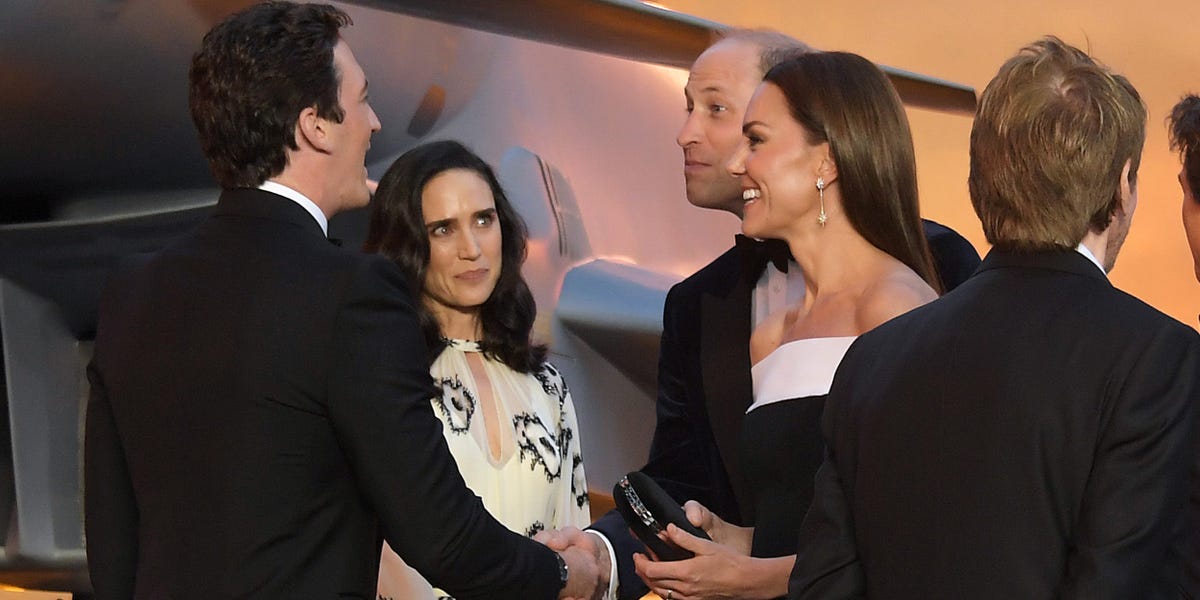 Miles Teller, who starred in “Top Gun: Maverick,” said that he violated royal etiquette right away when he met Prince William and Kate Middleton at the movie’s UK premiere in May.

The new Prince and Princess of Wales met Tom Cruise, Jon Hamm, and Jennifer Connelly when attending a special royal premiere over the summer.

Fallon grilled Teller on the royal encounter during his appearance on “The Tonight Show Starring Jimmy Fallon” on Thursday night.

“They lay out all of the dos and don’ts for you. There are several etiquette rules, “Says Teller. In order to avoid messing things up, I “kind of” brought a sheet with me.

Teller remembered that he got caught up in the excitement and forgot all about the restrictions.

I screwed up right away, the actor said. “If they don’t offer their hand first, you shouldn’t either. However, I sensed the energy and said, “I’m going in, I’m going in.””

He went on: “In Prince William’s eyes, I was misplaced. Jimmy, what do you want when everything is as blue as the deepest ocean? A Bora Bora. And Kate is lovely, kind, and royal in the way she carries herself. However, with William, I simply… blacked out.”

After the encounter, the 35-year-old actor remarked that he believes the prince is a “lifelong admirer.”

On “The Tonight Show,” Hamm previously revealed to Fallon that Teller “geeked out” over Prince William’s eyes.

“Okay, I didn’t believe we were permitted to look him in the eye, I thought. You bow and go, guy,”” said Hamm. “You told the person, I said? You felt lost in his gaze and then fell in love? He says, “I believe. I don’t know, I must be crazy.”

Connelly described the event as a “really wonderful moment” and compared it to the time she met William’s late mother, Princess Diana, at a “Labyrinth” premiere in 1986. Connelly made these remarks in a May interview with Entertainment Tonight.

In addition, Connelly said, “Kate and William were both incredibly courteous and stretched out and shook our hands and they are absolutely flawless. You think about the procedures that they want you to be conscious of when meeting them.