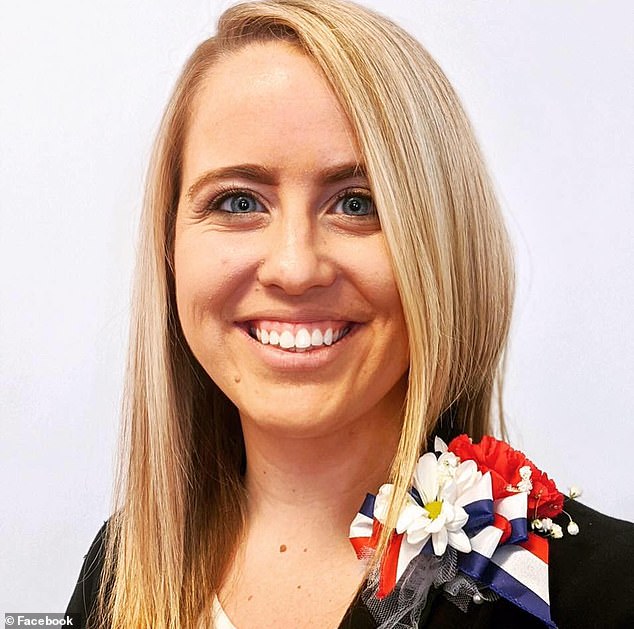 Under a new legislation that takes effect in January, Illinois will be the first state to totally abolish cash bail, resulting in the release of thousands of convicts.

In accordance with the law, anyone who is detained may be released back onto the streets based on the constitutional guarantee of the presumption of innocence; however, offenders charged with specific crimes, such as forcible felonies, stalking, and domestic abuse, will not be eligible for pretrial release.

In reaction to the murder of George Floyd in May 2020, the Illinois Black Caucus originally put out the idea, and on February 22, 2021, Governor JB Pritzker signed it into law.

Since then, other states have made changes to their bail rules, including New York, New Jersey, New Mexico, Kentucky, and California. As a consequence, Illinois became the first state to totally eliminate cash bail.

However, Illinois law enforcement authorities have cautioned against the SAFE-T Act ever since it was passed into law, saying that it would empower criminals and make it more difficult to get convicts off the streets in Chicago, where crime rates are already out of control.

It has been likened by critics to The Purge, a movie in which all crimes are made less serious for a period of 24 hours.

And according to authorities, 400 convicts will be freed in one county alone when the legislation takes effect.

Now, as 2019 draws closer, 17 different state attorneys from various counties in Illinois are frantically suing Governor JB Pritzker to stop the legislation from taking effect, according to WTVO.

They contend that the Illinois State Constitution’s 40 separate state legislation are violated by its “pretrial fairness” clause.

According to Mercer County State Attorney Grace Simpson, “it is crucial that the Constitution be upheld on all levels as a state attorney’s office.”

As Mercer County’s top lawyer, “it would be unethical to proceed with the SAFE-T [Act] implementation without appropriately addressing those concerns to the court.”

At 1:30 pm local time, a news conference on the Winnebago County lawsuit is scheduled to take place.

The SAFE-T Act has always been supported by Governor Pritzker on the grounds that it would make release for those accused of the greatest offenses difficult.

The SAFE-T Act, he said, “is intended to keep murderers, rapists, and domestic abusers in prison.” “Right now, they can buy their way out; with a Pre-Trial Fairness Act, we want to keep them in prison.”

Supporters of the bill claim that it will reduce institutional racism.

According to Ben Ruddell, a staff attorney with the ACLU of Illinois, “that’s just unfair” that some people are allowed to be free because they have money while other people are forced to remain in prison, which has all kinds of terrible repercussions for people’s ability to work, for their housing, and their entire families suffer.

They note out that the SAFE-T Act also establishes co-responder programs in Illinois communities, which would include law enforcement, social workers, and those in the mental health and medical fields.

Additionally, it raises the bar for police enforcement training and boosts funding for trauma clinics and mental health services.

The SAFE-T Act would also mandate body cameras for all police forces in the state.

Raoul said that a legislative committee met on Tuesday to address concerns and that his office has been in negotiations about a “number of problems” with the bill.

But Pritzker has come under fire from depriving judges of their power to make their own decisions.

Former Riverside Police Chief Tom Weitzel claims that the SAFE-T Act places the burden of proof on the state to show that a defendant has committed an offense and constitutes a serious danger to the community via a recent op-ed in the Chicago Sun-Times.

He also criticized a legal requirement that says suspects must provide proof of purposeful flight in order to be arrested.

Judges will no longer be permitted to take into account the suspect’s repeated absences from court appearances or the existence of an outstanding warrant for their arrest.

Additionally, according to the SAFE-T Act, offenders who are at home under electronic surveillance won’t be deemed to have “escaped” until they have been away for 48 hours, according to Weitzel.

Weitzel commented, “This regulation is nothing short of absurd, and in no manner, shape, or form increases public safety.”

A suspect should be regarded as having “escaped” if they remove their monitoring wristbands, ignore the electronic signal that is transmitted to them, or leave the area when a county sheriff’s deputy comes to check on them personally.

However, criminals do not have a 48-hour grace period before a court may issue an arrest order for them.

Additionally, according to Weitzel, the new rule adds six to eight hours’ worth of paperwork for police.

“The police officer who should be policing your neighborhood will be out on the streets less — often much less.”

The legislation would also lead to indifference and bad morale, he said. Officers can question, “Why bother prosecuting someone with this crime and going through felony review when they will simply be released without bail anyhow?”

In many instances, this will be the case.

County authorities assert that the bill’s additional expenses may result in increased property taxes, while state representative Chris Bos claims that the measure “doesn’t only make our communities less secure.” They will eventually become more costly as a result.

They claim that in order to pay for some of the provisions of the bill, such as police body cameras and the systems that preserve footage, counties would be compelled to increase property taxes.

Additionally, more staff members will be needed in the court systems, sheriff’s offices, and pretrial services.

According to estimates from DuPage County authorities, the SAFE-T Act’s implementation will cost $63 million over the course of five years.

It occurs as a 29-year-old Chicago man is charged with murdering, shooting, or trying to kill or shoot someone in the Windy City while awaiting trial for a crime this year, making him the 44th individual to face such charges.

Absalom Coakley, who was on bail for an attempted murder and was on probation for a felony drug case, is accused of shooting and killing two men at a party late last month, according to the prosecution.

Authorities assert. On September 24, Coakley attended a video shoot and home party with roughly 50 other individuals.

According to reports, a quarrel broke out in the kitchen at approximately 3.45 am. Coakley allegedly took out a revolver and fatally shot Terrance Johnson, 29, in the back of the head.

Terrance Young, 30, and the shooter got into a brief argument on the sidewalk outside the residence after he left, according to CWB Chicago, before the shooter shot Young in the face.

On Thursday, Coakley was finally apprehended by a fugitive task team as he boarded a ridesharing car. The identical caliber pistol that was used in the killings, according to the police, was in his possession at the time.

His public counsel successfully argued that he should not be released on bond despite being charged with two counts of first-degree murder and the unauthorized use of a firearm by a felon.

As a result, Judge Susana Ortiz kept him without bond for both his probation violation and breaking the bail conditions in the ongoing attempted murder case.

Chicago’s crime rate has increased by more than 37% since previous year.

The number of thefts increased by 61 percent, while motor vehicle thefts soared by a staggering 74 percent over the previous year.

According to the New York Times, the Windy City also ranks eighth in America for homicides, with a three-year-old toddler recently being shot in the back of his mother’s vehicle after a road rage incident.

On Friday evening, Mateo Zastro was traveling with his family in the white SUV on the Southwest Side when a red automobile drew up and the driver inside started firing.

Around 8.30 p.m., the mother was said to have left the mall between 44th & West Marquette Road in the West Lawn area after getting into an argument with a red vehicle and attempting to leave in her car.

Mateo was struck in the head when the red automobile, which had been following her, blatantly slammed into the family car.

The little boy who loved dinosaurs was sent to Advocate Christ Medical Center right after, but he passed away eight hours later.

»Illinois’ no cash bail bill will free thousands of convicts«