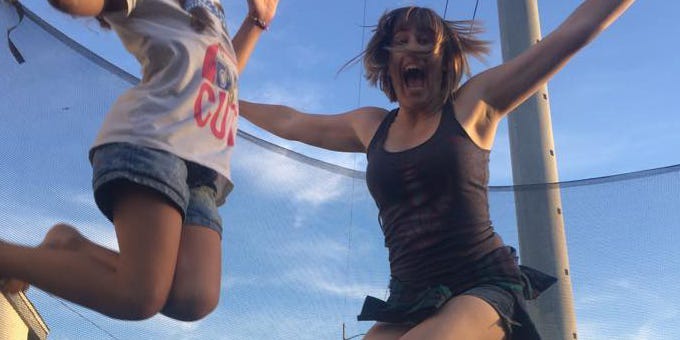 “You’re only 27 and already divorced, what gives? What’s the matter with you?”

I was having a barbecue at my friend’s house when the topic of my recent breakup came up. I was meeting a longtime friend of my friend’s husband that evening, and when I explained why I had left my husband, he laughed.

I wish I could say I had the ideal line to make him feel inadequate. I left the table instead and went inside to sob uncontrollably.

It wasn’t that I was upset about the relationship ending or that he was a total stranger making judgments. The reason was that he had just spoken aloud what I had been considering for days.

The relationship was unstable from the beginning.

I was 23 and my ex-husband was 26 when we quickly and in hastily wed. A few days after I moved to Los Angeles, we connected through mutual friends and got married six turbulent months later. Although it wasn’t what I’d call a “healthy” relationship, ours had its ups and downs.

He had a great sense of humour and enjoyed making up songs to brighten up bad situations. One such song was written from the perspective of the cockroaches we found in our first apartment. When my mother visited during a rare week of December rain and needed rubber boots to replace the flimsy flats she had packed, he drove her around for three days without complaining.

However, the dark, unstable days outnumbered the bright, silly ones. More than one resulted in my staying out late at the beach because I was too afraid to go home or to sleep.

A turning moment was coming close to purchasing a home.

Even yet, after nearly four years, we had saved enough money to proceed with a long-standing goal: purchasing a house. In LA, we had discovered a totally detached two-bedroom home for roughly $300,000 in 2014.

But my husband’s conduct began to alter just after we signed the purchase deal. All of a sudden, he could only talk about his new female coworker at work every day. She delighted him because she enjoyed all of his childhood’s “boy” movies, video games, and comic books.

His love for her seemed to grow as our closing date drew nearer. In the early stages of our courtship, he was creating CDs for her and creating artwork for her. He was regularly having lunch with her outside of work and going to her house for dinner. Lying next to me late into the night after I had gone to sleep, he would text her when he got home.

He denied having feelings for her but made the offer to find out her opinion of him. She said it plainly: “Yes, she liked him.” truly a great deal. He claimed I was just envious and didn’t see that as a problem.

When I needed her, my friend stepped up.

The day before our scheduled closing, a friend of mine pulled me into her backyard.

She said, “I need to talk to you about your house. “When I explained the situation to my mother, she told me not to complete the transaction. With someone who is essentially cheating on you in front of your face, you cannot purchase a home.”

I’d only ever had a friend speak to me with such clarity and love before. Yes, I was taken by surprise—for some reason, I hadn’t considered that I could call it off—but I was also appreciative. Naturally, I couldn’t because my marriage was essentially a farce.

I got in touch with my former therapist the following day, who confirmed for me what I’d realised the previous night: It was time to rip the marriage’s contract apart in addition to cutting the cord on the house.

That day, I put together a bag with a few necessities and hid it under my side of the bed before my husband returned from work. I asked him one last time when he entered the room if he would break up with his coworker. He rolled his eyes and objected before shoving his lunch container into the sink while pushing by me. I replied, “In that case, I’m going to my friend’s.” Don’t try to stop me, please.

He attempted to block the door, but I was able to get past him using my bag.

It began suddenly and ended similarly.

I texted him the next morning to set up a meeting. He informed me that I may speak with him on the phone as he was somewhat busy at work. Thus, I dialed. I declared, “I want to separate and I don’t want to purchase the house.” At last, he said, “At least I still have my pal,” after a little pause.

I can still feel my great guilt when I think back on that moment, which was almost ten years ago. Over with another relationship.

But now, at 35, I can only pat that girl on the back. I didn’t need to be persistent; instead, I needed courage, which I believe I possessed in abundance. Age be damned, I had to walk away from a relationship that had extinguished my light.

But I do miss that lovely house. According to Zillow, it is currently worth $630,000.

»I was brave to end my marriage«