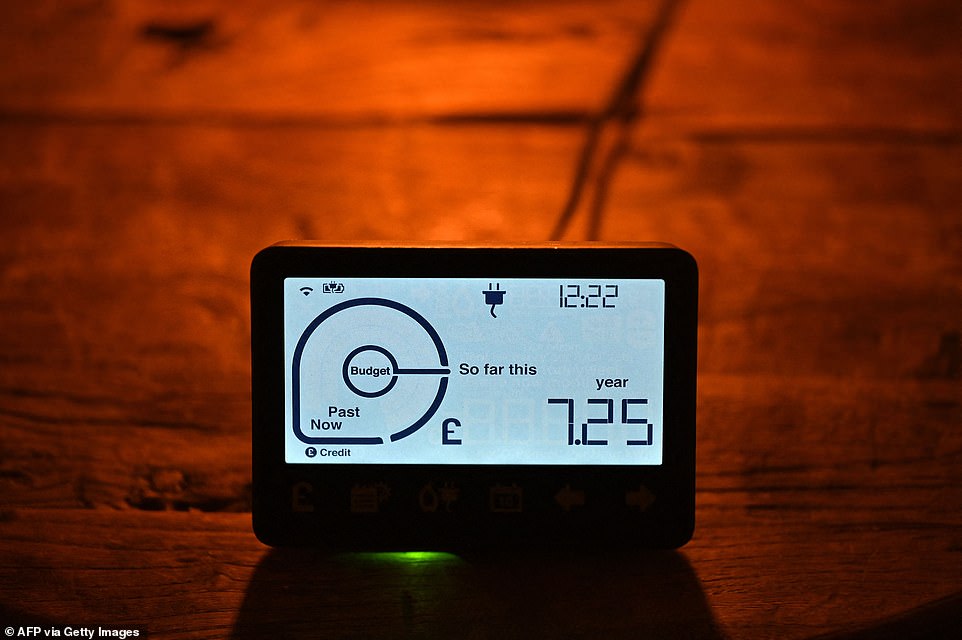 After a program meant to prevent blackouts was made more generous, millions of Britons may save up to £240 on their energy bills this winter if they use their appliances at night, MailOnline can disclose today.

If households refrain from using washing machines, tumble dryers, dishwashers, and even video gaming consoles between 4pm and 7pm, they might get compensation of up to £20 each day.

Electricity Systems Operator (ESO), a division of the National Grid that oversees supply and demand for electricity in the UK, is counting on at least 1 million households with smart meters to sign up for its “demand flexibility service” program, which will run from November 2022 to March 2023.

In addition, National Grid is offering to pay £3 per kwh saved rather than 52p to encourage individuals to participate after hearing the concerns of energy companies. However, according to other analysts, if they want to win over the general people, it should be closer to £6.

Over the course of the following five months, households will be asked 12 times to use less energy during peak hours, which are likely to be either 4 pm to 7 pm or 2 pm to 9 pm. The morning peak may also host a test.

They will be instructed to use their ovens, dishwashers, tumble dryers, and other appliances outside of certain times so that researchers can calculate how much energy is saved on the grid during peak usage. Over the course of five months, this could result in savings of around £240 for Britons assuming their provider passed on the whole planned £3 per kwh refund.

Liz Truss stated before her resignation that there would be no energy rationing this winter, but the National Grid plan is a worst-case scenario created by the Electricity Systems Operator of the National Grid in the event that the UK does not import any electricity from Europe this winter in addition to experiencing a gas shortage.

According to experts, you may also consider shutting off the lights on days when there is no wind.

The “demand flexibility service” program, which the National Grid’s Electricity Systems Operator hopes would save 2GW of electricity, or enough to power 1 million households, will help determine how much energy usage can be “shifted” away from peak periods to balance supply and demand. They want as many individuals to participate as possible.

The contentious smart meter, a gadget that automatically notifies your supplier of your energy consumption, is a requirement for the program, however.

Around 29.5 million smart meters have been put in homes and small companies in the UK so far; however, only around half of all households and businesses have one.

The gadgets have received several complaints, ranging from their registering erroneous readings that result in increased bills to them completely breaking down.

However, hundreds of millions of families are unable to receive one because they reside in high-rise apartments, ancient homes with thick walls, or rural areas with bad signal. The roll out of smart meters has been hampered by an industry-wide supply issue.

Some critics have said that regardless of whether a residence has a smart meter, it should have been implemented.

In response to the miner strikes and the oil crisis, planned blackouts occurred in the UK in the 1970s. Major unplanned power outages have also occurred during storms, including one in 1987 that left over 1.5 million people without power.

But unless the gas-fired power plants that generated 43% of Britain’s energy last year can’t receive enough gas to continue functioning, the lights will remain on this winter.

The ESO presented three scenarios on Thursday for how Britain’s electrical infrastructure may handle the biggest global energy crisis in decades, and this one is the worst.

In the other two scenarios, the operator aspires to reduce the likelihood of blackouts by rewarding individuals for charging their electric vehicles during non-peak hours and turning on standby coal facilities.

However, the grid operator is also preparing for what would happen if there were no imports of power from Europe and inadequate gas supplies in light of the “difficult” winter that European energy supplies are experiencing in the wake of Vladimir Putin’s invasion of Ukraine.

There are two gigawatts of coal-fired power plants ready to go if necessary to fulfill demand in order to offset a loss of imports from France, Belgium, and the Netherlands.

Although the demand for gas will rise this winter, according to a separate statement from National Grid Gas Transmission, Britain should be able to get enough gas to see it through a Beast from the East scenario or a protracted, very cold winter.

To help minimize blackouts, people are being urged to enroll in a program offered by their electricity provider that would pay them money back on their bills if they use less energy during peak hours.

According to statistics from Ovo Energy, households typically utilize a fifth of their daily energy between 4pm and 7pm. On Thursday, the company said that clients who agreed to use electricity off-peak might save £100.

This may include running the dishwasher or washer at night or charging an EV during non-peak hours.

The Times reported earlier this year that the cost per kWh needed to make the program viable and appealing to customers was £6.

A representative from Octopus cautioned National Grid during the meeting that customers should be appropriately encouraged to join upfront, or at least at a rate of £1 to £2 per kWh, according to The Times.

Customers were said to be “expecting up to £6 per kWh,” according to suggestions made public by The Times in June.

According to a spokesman from Eon at the meeting, the repayments should be approximately £2 per kWh since they are “not high enough to incentivize people to participate,” according to The Times.

Larger companies will also be compensated for lowering consumption, such as by changing their energy use schedules or using batteries or generators during peak hours.

The “demand flexibility service” will operate from November through March and is anticipated to activate 12 times, regardless of what transpires, to guarantee that participants are compensated and that supplies are protected.

In September, energy expert Kathryn Porter of the consulting firm Watt-Logic said that if it is a very harsh winter or Russia chokes off the supply of gas, all houses should be ordered to refrain from using energy-hungry equipment during peak hours or eat supper at a different time.

Due to the worldwide energy crisis, tens of millions of individuals in the US have been requested to refrain from using ovens, dishwashers, and washing machines between 2 and 8 o’clock. A bad idea is to charge autos before 9 o’clock at night.

Despite Liz Truss’s categorical denial, Ms. Porter has said that plans for energy rationing in the UK are “quite plausible.”

She said on BBC’s World at One: “Unfortunately, as each winter passes, the likelihood of blackouts increases since we have been substituting intermittent renewables for thermal and nuclear energy. We become susceptible as a result during periods of low wind production.

“In July and August, we saw somewhat low wind production…

Demand is much greater in the winter, therefore if we have certain weather conditions, our system will become very constrained, increasing the likelihood of blackouts.

Although in the US all these systems are not enforced by law, Ms Porter anticipates that authorities may push customers to cut their usage of power during peak hours with comparable plans in Texas and California.

She said: “I believe it would be more of an appeal or plea for people to eat their supper sooner or later, or avoid using huge appliances like washing machines during peak hours. It’s probable we may see something similar here this winter.” I believe it would be optional rather than mandated.

»How blackout avoidance initiative may save millions of Britons £240«