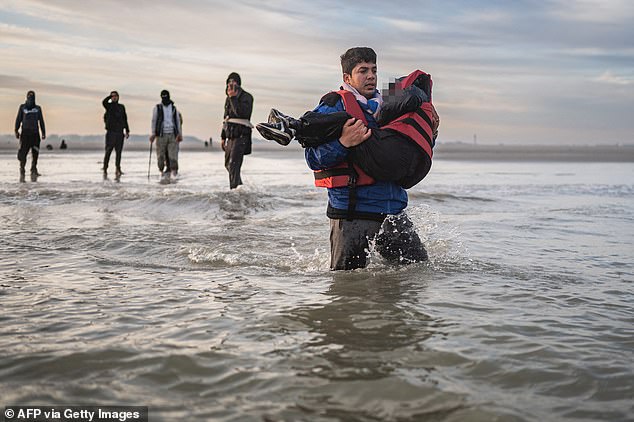 Over a 14-month period, more than 100 unaccompanied child migrants, some as young as 11, have vanished after disappearing from British hotels, according to new statistics.

The 116 kids, who had been temporarily kept in motels by the Home Office, vanished between July 2021 and August 22.

Charities worry that some may have been sexually assaulted or may have been forced to work illegally in cannabis factories or farms.

In July of last year, the government started putting young refugees in hotels after local councils complained that they lacked the space to shelter them.

According to statistics provided by the Home Office, 1,606 minors who came between July 2021 and June 2022 were accommodated in hotels.

Out of them, 181 kids went missing, although 65 of them were eventually located, according to a Freedom of Information request made by BBC Two’s Newsnight.

While long-term housing was being sought for, the Home Office argued that it had “no option” but to employ hotels.

The organization ECPAT UK, however, referred to the number of missing children as “terrible” and urged governments to immediately discontinue the practice.

Its CEO, Patricia Durr, claimed that they “may be toiling away in a cannabis farm, a factory, or domestic slavery.”

There are several exploitative scenarios in which these young individuals may find themselves.

Behind closed doors, they could be sexually or criminally exploited.

Rishan Tsega, who was 17 when she boarded a truck from Sudan and later received refuge in the UK, expressed her concern that some of those missing youngsters would fall into the hands of the people traffickers who brought them there outside the law.

When they get in our country, “They [traffickers] prefer to influence young people and force them to do things.” I wouldn’t question that. She answered, “This is nothing new.

They could threaten to harm your mother or other members of your family if you visit this location without paying us back. What kind of reaction do you expect?

The Home Office said that the number of perilous Channel crossings was on the increase in an unprecedented way.

“Unaccompanied children requesting asylum are often transferred to long-term care after 15 days of arrival at a hotel,” it said. “However, we are aware that more has to be done.”

In order to expand the number of placements available, we are collaborating closely with local governments. We are also offering councils £6,000 for each kid they can house.

“Any kid going missing is incredibly serious, and we work around the clock with the police and local authorities to swiftly find them and make sure they are safe,” the statement reads.

Councils are genuinely worried about the amount of kids the government is putting in hotels and take their safety and wellbeing very seriously, according to the Local Government Association, which speaks for councils.

In regards to the effects on children, especially the dangers of youngsters going missing, councils have voiced their worries to the government.

To cease using hotels for lone children, the government must take fast action to implement a structured strategy.

Councils have made 597 placements in the last six months, a significant increase from the 167 placements made for the same time last year, demonstrating their persistent efforts to locate appropriate places for unaccompanied children.

The total number of children in care has climbed to over 80,000 at the same period. Councils are under pressure to keep up with the increased demand for care for vulnerable children, which has resulted in expenditure on support rising by over a quarter in five years.

According to French human trafficking groups, there is an increasing lack of inflatable boats to make the crossings, according to a BBC investigation.

An undercover journalist pretended to be a migrant with a pregnant wife and a two-year-old daughter and was informed that it would cost £2,800 for each person to enter the UK.

The human trafficker declared: “I won’t be profitable if I don’t. I’m unable to do less.

The Ministry of Defense reported that on Tuesday, 374 people were found in seven boats.

According to Ministry of Defence (MoD) figures, this brings the total number of migrants discovered conducting Channel crossings in October to 2,606 persons.

Up to 60% of arrivals are coming from Albania, a Nato ally that has sought to join the EU and has enjoyed peace for 25 years, according to Home Office officials.

The government’s idea to discourage Channel crossings by sending those who come off to seek refuge in Rwanda is still subject to legal uncertainty.

The High Court in London is scheduled to hear the second round of a legal challenge against the plan today.

Ms. Braverman acknowledged last week that there would be a delay in flights to the country of central Africa while a number of appeals are pending.

Rwanda deportation probably won’t start until the end of next year, even if she prevails in the present court review processes. She anticipates additional appeals to the Court of Appeal, the Supreme Court, and possibly the European Court of Human Rights.