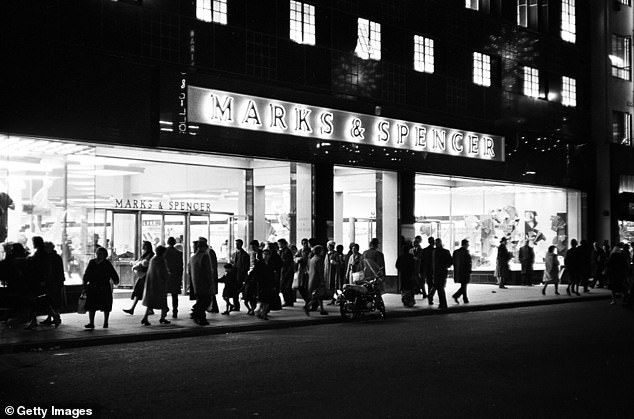 Today, a public hearing was held to determine whether Marks & Spencer may destroy and rebuild its iconic location on London’s Oxford Street.

The major retailer claims that its store, along with others on Oxford Street, are experiencing commercial failure and need revitalization.

The three structures at the site would need the emission of 40,000 tons of carbon dioxide (CO2), or the equivalent of driving 99 million miles—a distance greater than the distance to the sun, according to the challengers, led by the organisation SAVE Britain’s Heritage.

The earliest of the buildings, erected in 1930, should be retrofitted, they contend, since this would prevent any historic harm to the adjacent Grade II* listed Selfridges structure.

However, Selfridges has openly backed the renovation proposals, claiming that they would benefit their own shop rather than hurt it.

M&S said that if its plans are denied, it would be forced to vacate the location and that the carbon emissions from demolition and construction will be offset by the energy efficiency of the new store.

When Michael Gove set up the public inquiry to level up the Secretary, Russell Harris KC, who represented M&S, stated that retrofitting would not be sufficient to reverse the store’s problems and that Oxford Street would lose if the firm left.

“The west end of Oxford Street is likewise in decline, which both adds to and exacerbates the failure of the present business,” he added.

This degradation is both evident and tangible. You should go there since it smells like deterioration and is clearly visible there.

“This portion of the center’s deterioration would accelerate drastically without M&S at this site; they will go if the application is denied.”

The requirement that investment on Oxford Street should strengthen the West End’s standing as a globally competitive retail destination is not compatible with the result, which is further decline.

He said that Orchard House, the city’s oldest building, had its listing request denied and that a replacement structure “would be one of the most sustainable structures in the whole capital.”

According to Matthew Fraser, speaking on behalf of SAVE, demolishing the early 20th-century structure would cause a loss of history and result in CO2 emissions that are incompatible with the requirement to adhere to the Paris Agreement’s 2C global warming limit.

“Such a substantial embodied carbon cost might have been avoided, and may still be avoided,” he stated, “had M&S thoughtfully and honestly investigated the possibility of renovating the buildings.”

‘A thorough retrofit of the buildings would introduce greater operational energy efficiency in buildings, avoid the significant embodied carbon emissions of the demolition and rebuild, achieve the desired improvements in terms of providing high quality retail and office space, and avoid the detrimental heritage impacts of the proposed new build scheme,’ according to the study.

Westminster City Council (WCC), which supports the redevelopment and says it would “update and enrich the historic setting” and provide a “greatly enhanced streetscape,” granted permission to destroy the structures.

A new “high quality arcade reinstating a historic route,” a new pocket park at Granville Place, and expanded and safe sidewalks along Oxford Street and Orchard Street are just a few of the public advantages M&S claims the renovation will provide, in addition to revitalizing the store’s economic value.

SAVE, however, said that these objectives could be accomplished via retrofitting and criticized WCC and the Mayor of London for misapplying their own sustainability goals by endorsing the proposals and skipping the chance to demonstrate their potential.

Despite asserting that sustainability is at the heart of their brand and promising to be a net zero firm by 2040, M&S, according to Mr. Fraser, have rejected the creative renovation option to the point where they have threatened to abandon Orchard House entirely if they do not get their way.

This, according to a shop committed to sustainability, history preservation, and the continued prosperity of Oxford Street, is not a positive attitude.

Charlie Baxter, a central London-based real estate developer, said, “I often have to choose between what is best for the environment and what is greatest for profits.”

We need to reconsider our attitude toward structures as disposable in light of the climate catastrophe.

Because today’s emissions stay in the atmosphere and contribute to global warming for a longer period of time than those released in the future, they have a greater influence.

It’s time for the government and WCC to pressure developers to adopt environmentally friendly choices. The general public is done.

The hearing, which will go for two weeks, is still ongoing.