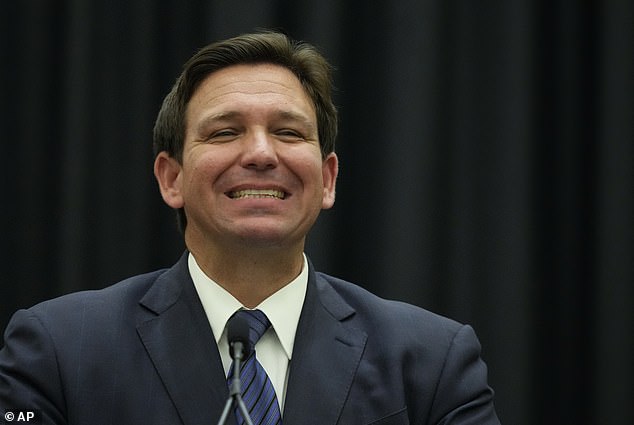 As Tropical Storm Ian intensifies over the Caribbean and is predicted to hit Florida next week with hurricane-force winds and heavy rain, Florida Governor Ron DeSantis has issued a state of emergency for the whole state.

DeSantis first issued the order on Friday for 24 counties, but on Saturday he expanded it to include all 67 counties, urging citizens and local authorities to be ready as the storm approaches the state.

A federal pre-landfall emergency declaration has also been sought by him.

DeSantis issued a statement saying, “We urge all Floridians to make their preparations as this storm has the potential to intensify into a catastrophic hurricane.”

“We are coordinating with all partners in local and state government to monitor possible repercussions of this storm,” the statement reads.

According to the National Hurricane Centre, Ian will intensify quickly over the next several days before crossing over western Cuba and making a direct strike on Florida the following week.

It is currently unknown where Ian will make landfall in Florida, according to John Cangialosi, a senior hurricane specialist with the National Hurricane Centre in Miami.

He advised residents to start preparing for the storm, including gathering supplies in case there are power outages, by starting to gather supplies.

He told WESH that it was too soon to predict if the issue will just affect south-east Florida, central Florida, or the whole state. So, at this moment, the best advice for those living in Florida is to pay attention to predictions, be ready, and brace themselves for any effects that this tropical cyclone may have.

On Monday night or Tuesday morning, the storm may start to make landfall in southern Florida. According to the U.S. National Hurricane Center, Jamaica, Cuba, and the Cayman Islands will be its initial targets.

The southernmost island of the Florida Keys, Key West, serves as the county seat of Monroe County, whose representative informed the Miami Herald that the county had not yet decided whether to order evacuations but may do so later.

Mayor Erik Arroyo of Sarasota said that the city has spoken with Florida Power & Light and advised locals to be ready for the storm.

“Be proactive, talk to your doctor, and make sure you have enough of your meds on hand,” he said. “Have some water, some essentials.”

Due to the storm, NASA decided to postpone the launch of its historic unmanned mission to the Moon that was planned for Tuesday.

Under the danger of severe weather, NASA is considering sending the Artemis 1 mission rocket back to its construction site after two previous failed launch attempts.

According to a statement released by NASA on Saturday, “NASA is forgoing a launch opportunity… and preparing for rollback (from the launchpad), while continuing to monitor the weather prediction linked with Tropical Storm Ian.”

The enormous orange and white Space Launch System (SLS) rocket can endure wind gusts of up to 85 miles per hour while it is on the launchpad. However, the present launch window, which lasts through October 4, will be lost if it has to be shielded.

The final chance before a two-week blackout period would be on October 2, if the rocket stays on the launch pad.

The test flight would most certainly be significantly delayed if there was a reversal late on Sunday or early Monday, perhaps putting it into November.

The Artemis 1 crew must decide on Sunday whether to return back the rocket to the Vehicle Assembly Building in order to “allow for more data collecting and analysis,” with the operation, if required, beginning late Sunday or early Monday.

A’step-wise approach’ to the decision to pull back retains ‘a launch chance if circumstances improve,’ according to Jim Free, associate administrator for the agency’s exploration systems development division, who indicated on Twitter that a launch date before October 5 was still an option.

If not, the next launch window will be from October 17 to October 31, with a potential launch every day (apart from October 24-26 and 28).

In preparation for future lunar missions with people onboard, the Artemis 1 space mission aims to test the SLS and the unmanned Orion spacecraft.

For Artemis I, the lunar-orbiting test mission with mannequins but no humans, this is the third postponement in the previous month.

The earlier cancellations were brought on by technical difficulties and hydrogen fuel leaks.

The Space Launch System rocket is the most powerful one that NASA has ever produced. In 2024, humans would board the spacecraft for the following voyage, which would culminate in a two-person lunar landing if the first test flight is successful.

The first Moon expeditions were given the name Apollo in honour of the Greek deity Apollo’s twin sister, Artemis.

In the meanwhile, the Atlantic Canada area has been battered by wind and rain as a severe post-tropical cyclone made landfall there. Forecasters had previously warned that the storm might rank among the worst to ever hit the region.

On Saturday morning, Fiona made ashore in Nova Scotia.

Outages have impacted more than 500,000 consumers in Atlantic Canada.

The village of Port Aux Basques on the southern coast of Newfoundland was pummelling by the storm, and whole buildings werehed into the water.