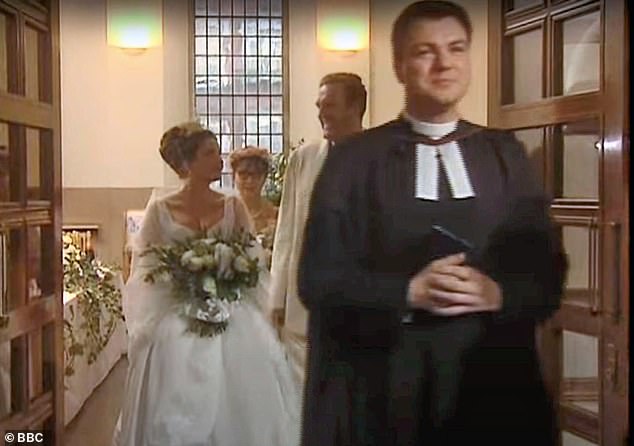 One might understand if viewers of the television comedy series Absolutely Fabulous saw a similarity in the church minister who gave the first formal ceremony of gratitude for the Queen.

Because in the popular sitcom from the 1990s, Rev. Calum MacLeod played a vicar who performed at the tragic wedding of Saffy, who was played by Jennifer Saunders’ character’s daughter.

As she researched potential filming sites, AbFab’s creator Ms. Saunders came upon Mr. MacLeod, who was at the time a young assistant pastor at St. Columba’s Church in Knightsbridge, West London.

She accidentally entered the church where he was teaching a Sunday school lesson, but was taken by Mr. MacLeod’s Glaswegian accent and asked him to join the cast of the drama that also included Joanna Lumley, Julia Sawalha, and Jane Horrocks. As visitors arrived at the church and began to sip champagne, he made an appearance on TV and warned them: “There must be no alcohol in the chapel.”

He described the event as “poignant, significant, and a wonderful honour,” in addition to being nerve-wracking.

He was born in Glasgow and lived in Chicago for a number of years before moving back to Scotland.

The Glasgow Rangers football supporter likes sailing off the west coast of Scotland and is married to a lawyer.