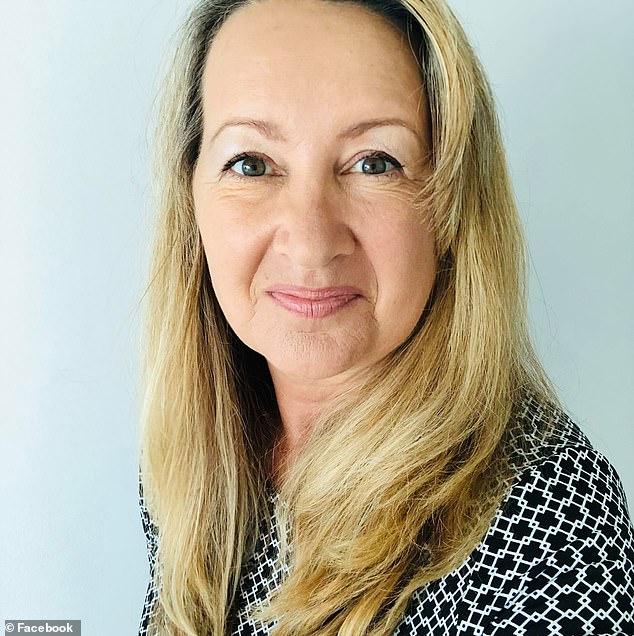 An urn containing the remains of a man who died in 2014 more than 2,000 kilometers distant was discovered by a mother picking up trash on a morning beach walk.

Tuesday, Chantal Clarke, 55, discovered the urn of George Esztergomy on the moist sand near her home in Broadwater, on the Gold Coast.

She said, “A friend and I were walking our dogs and picking up trash when we came upon this blue plastic box.”

I mistook it for a baling container off a tin, but it was actually an urn.

The urn contains the remains of 55-year-old George Esztergomy, who died in Adelaide on June 5, 2014. (pictured, the urn when Ms Clarke discovered it on the beach)

As the plastic urn remains sealed, she feels Mr. Esztergomy’s ashes are still within.

Since the label on Mr. Esztergomy’s urn remains largely intact, Ms. Clarke concludes that he was not in the water for very long.

He resided in South Australia, and a service in Underdale, Adelaide, oversaw his funeral.

Ms. Clarke stated, “He no longer has any living descendants in Australia.”

His father was handed his remains because he was the only living relative.

A year and a half ago, [the father] passed on.

Ms. Clarke was able to learn more about the life of Mr. Esztergomy by speaking with the funeral home directors mentioned on his urn.

She stated, “George had a rough life.”

He was placed in a home for the needy and provided with a free cremation.

Ms. Clarke stated that she is determined to locate Mr. Esztergomy’s family, whom she affectionately refers to as “Curious George,” so they can be reunited.

She believes the majority of his family is in Hungary, but is hopeful he may have a mother or brother in Australia that the funeral home was unaware of.

Ms. Clarke feels that Mr. Esztergomy’s remains have not been in the water for very long because the urn’s label is largely intact.

She stated, “He has an unique last name, and I’ve contacted the funeral home in South Australia listed on the label of his remains, so I’m hopeful his next of kin will soon be located and make contact.”

Ms. Clarke has posted the information printed on the urn label as well as regular updates on her Facebook page in an effort to locate Mr. Esztergomy’s proper family.

She stated that if no one comes forward to claim Mr. Esztergomy and the police are unable to assist, she will give him a befitting sendoff.

She stated, “He had a difficult life, and I want to send him off well.”

We can now treat him fairly.