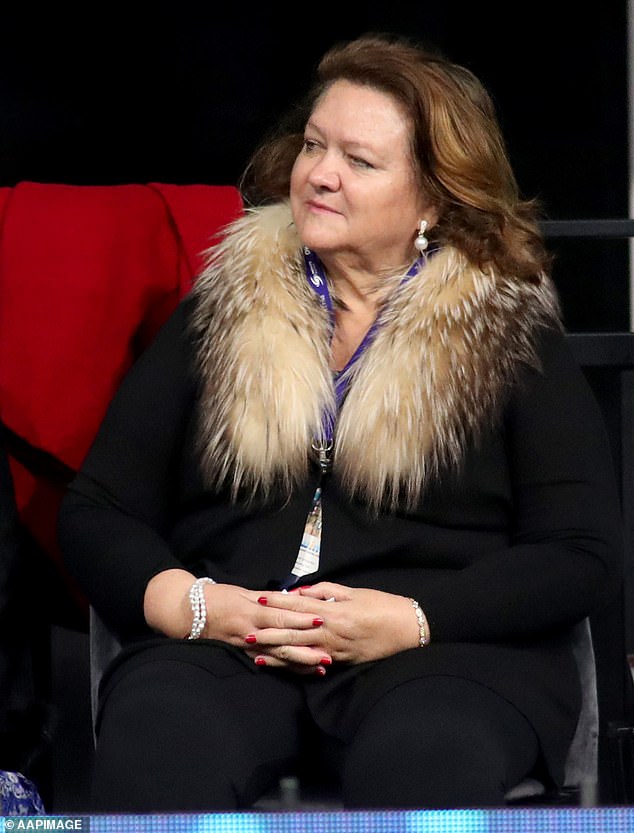 After the billionaire ripped off her company’s $15 million sponsorship arrangement with Netball Australia, mining mogul Gina Rinehart seems to have been the target of a subtly directed attack by Lisa Wilkinson.

The Project co-host said on Sunday night that she thought it was “very stupid” to think that political positions should not be taken by athletes.

After the Diamonds national team expressed reservations about being sponsored by Hancock Prospecting owing to remarks made by Mrs. Rinehart’s father towards Aboriginal Australians 38 years ago, the businesswoman attacked “virtue signaling” sports.

Wilkinson responded to the controversy by saying, “The notion that sport, politics, and concerns of social justice can be fully divorced is just stupid,” to The Project on Sunday night.

Diamonds player Donnell Wallam sought the team’s backing for her decision not to wear the Hancock Prospecting emblem.

On Saturday, Mrs. Rinehart decided to end it. Her firm, Hancock, released a statement stating that they “believe that it is unnecessary for sports organizations to be utilized as the vehicle for social or political objectives.”

“First and foremost, because sport is at its finest when it is centered on good and fair competition, with committed athletes striving for greatness to accomplish their sports aspirations and to represent our nation at their very best,” the statement reads.

The second reason is that there are more focused and sincere methods to advance social or political concerns without engaging in virtue signaling or self-promotion.

Wilkinson remembered other instances in history when athletes had spoken up for something.

She replied, “You remember the Australian teams who refused to visit South Africa during the apartheid period.”

You may even recall that big tobacco once supported the National Rugby League.

It had the Winfield Cup name.

Comparing that to the Sea Eagles players who declined to wear the rainbow pride jersey, co-host Hamish Macdonald agreed.

The recent resignation of chief executive Andrew Thorburn for his affiliation with a Christian group that equated abortion to concentration camps has caused chaos at Essendon AFL club.

According to Macdonald, “in each of those situations, it appears like the club or the code hasn’t done nearly enough thinking about the culture inside the organization or the sport, and hasn’t had the dialogues that would be required to make those things viable.”

Hancock Prospecting’s departure has left Netball Australia without a sponsor, and they are now looking for one.

With potential financial losses of up to $25 million, Netball Australia must now deal with the risk of further sponsors quitting.

In the near future, it may become into a $25 million issue, a netball source told The Australian.

Considering that the sports organization is currently $4 million in the red, Ms. Ryan acknowledges that she may need to take dramatic steps to reduce expenses.

Financially, it puts the sport in an extremely precarious situation once again, according to Ms. Ryan.

“We have put a lot of effort into being more stable.” This funding (from Hancock Prospecting) was intended to advance our sport rather than just balance out what had been off.

It was meant to help us catch up, but now we’re back and are now literally blowing through the budget.

The arguments raised above are evident, so why didn’t they have a discussion about going over previous statements?

And taking care of it right away. You can see how it would be quite difficult for an Indigenous athlete to wear a logo like that.