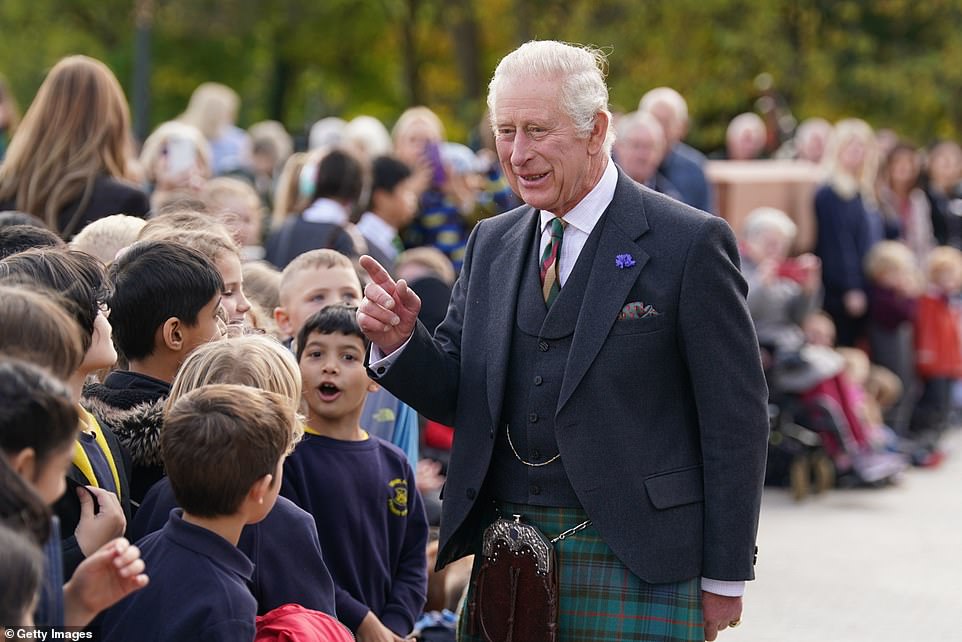 Few people were paying much attention to the House of Lords order paper on a peaceful Monday afternoon amid all this week’s frenzied figure crunching and covert negotiations for the Conservative leadership.

However, in a short conversation between the Leader of the Lords and a Labour backbencher, we got a peek of what may be King Charles III’s first constitutional reform.

Ministers and top Palace officials are already finalizing arrangements to exclude any possibility of the Dukes of Sussex or York taking on official roles while the King is away.

The King will be allowed to rely on a larger pool of royal replacements, including the Princess Royal and the Earl of Wessex, to carry out regular constitutional tasks when he is away from the nation under measures that are anticipated to be brought before Parliament, potentially within weeks.

The Mail has heard that these plans were being taken into consideration some months ago with the late Queen’s blessing. Reform may be on the horizon, according to Lord True, the Leader of the Lords, in his parliamentary response on Monday.

Currently, two Counsellors of Official may handle state business while the king is away for whatever reason, including approving the majority of appointments and legislation.

These may be chosen among the four oldest individuals in the line of succession, plus a monarch’s consort, in accordance with the 1937 and 1953 Regency Acts. Currently, it includes Princess Beatrice, the Queen Consort, the Prince of Wales, the Duke of Sussex, and the Duke of York.

The King would have the opportunity to add his two other siblings, Anne and Edward, to that list if he chose to do so under the current ideas.

Given that the King and the Queen Consort are going to travel abroad soon—the first time the monarch has left the nation in seven years—reform is not without a feeling of urgency.

Last time, the late Queen was in Malta for the 2015 Commonwealth conference. She had previously nominated the Dukes of Sussex and York as Counsellors of State.

Prince Harry has now resigned from his royal responsibilities and relocated overseas, while Andrew has been shunned by the public due to his friendship with Jeffrey Epstein, a convicted child molester.

Palace officials are aware that it would be very humiliating if the smooth and immediate operation of government were suddenly reliant on either of the two misbehaving dukes at a moment of immense national, world, and economic instability.

Though she is a private citizen who might not be accessible at the touch of a constitutional finger, the Prince of Wales and Princess Beatrice could theoretically still conduct state business. Additionally, she lacks the legitimacy of a functioning royal family member.

The argument goes that it makes much more sense to simply increase the King’s options rather than amend the law to exclude any specific individuals.

Hence, other family members who are employed are probably included. In this manner, no one need feel offended, and business can proceed as usual. The 1974 miners’ strike is a frequent example used in royal and parliamentary circles. The Queen was traveling extensively throughout Australia and the Pacific at the time.

A state of emergency was proclaimed on February 7 as the industrial action pushed Ted Heath’s administration to its knees, granting the authorities exceptional powers to take over the delivery of gasoline, food, and other “essentials of life.” Parliament was dissolved the following day.

Both of these orders required the consent of two Counsellors of State. They were Princess Margaret and the Queen Mother on that particular occasion.

Let’s hope that Britain is not plunged into that kind of anarchy once again, but it wouldn’t exactly be comforting if the Duke of York’s signature was necessary to keep the lights on.

The topic came up in the House of Lords earlier this week as a result of a query from the Labour hereditary Lord Viscount Stansgate.

The late Tony Benn’s son, Lord Stansgate, said, “Is it not time for the Government to contact the King to see if a reasonable adjustment can be made to this Act?”

Ministers often brush off such inquiries by saying that anything pertaining to the Royal Family are off-limits. Instead, Lord True cited George VI’s remarks from 1937, who had been informed of this question’s appearance on the order paper at least a month earlier.

According to Lord True, the new King had recognized the necessity to “establish such provisions as would… ensure the exercise of the Royal Authority” not long after taking office.

In his subsequent statement, the noble Lord said, “In that spirit, the Government will always consider what arrangements are needed to ensure resilience in our constitutional arrangements, and in the past we have seen that the point of accession has proved to be a useful opportunity to consider the arrangements in place.”

So, keep an eye on this place.

Yesterday, neither the Palace nor Lord True’s office had any more comments. But keen-eyed constitutional observers like Dr. Craig Prescott of the UK Constitutional Law Association weren’t blind to it. I believe this was the first time the subject of Princes Harry and Andrew serving as Counsellors of State was brought up in Parliament, the man said in a tweet.

Senior Palace officials reportedly started looking at methods to “tidy up” this possible roadblock in the summer.

According to a source, “The Queen may see the necessity for certain changes while not wanting to exclude the Dukes of Sussex or York.” The King is only carrying out that promise.

Such concerns are handled equally at the Palace by Sir Edward Young, the late Queen’s private secretary, and Sir Clive Alderton, the King’s primary private secretary. They are now collaborating in Buckingham Palace to achieve the smoothest transfer possible. Simply put, this is an instance of unfinished business.

The Regency Acts will unavoidably come into focus once the King’s first abroad trips are revealed—and as the new Head of the Commonwealth, he will have many.

Before Lord Stansgate’s query turns into a chorus, the Palace and the Government will want to have a strategy in place.