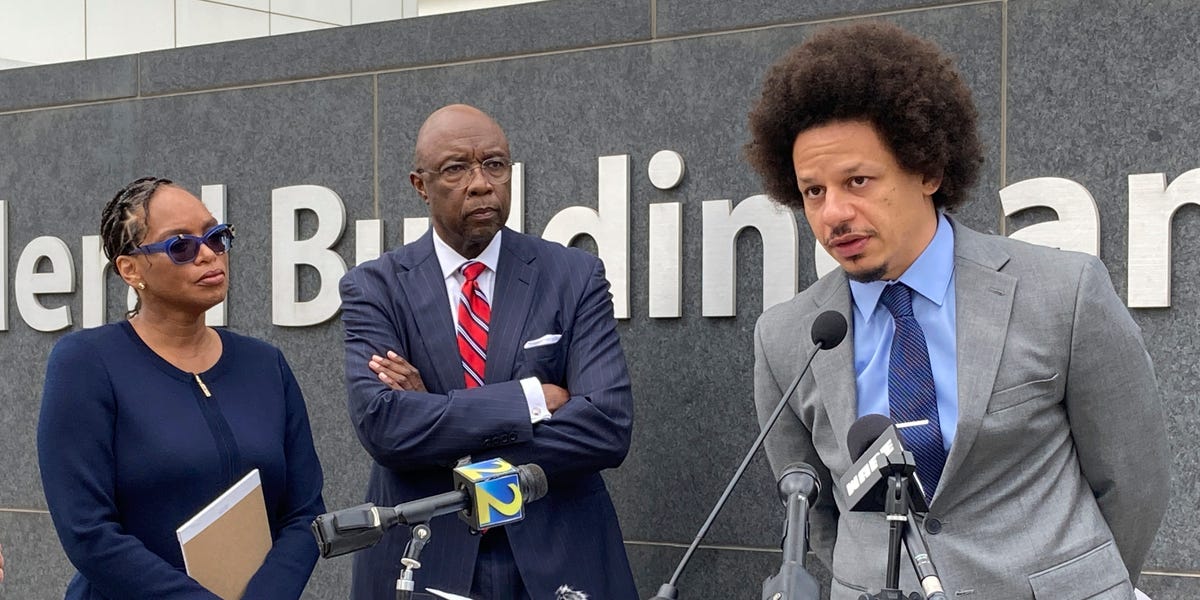 The Clayton County Police Department was sued on Tuesday, October 11, by comedians Eric André and Clayton English who claimed they were subjected to drug searches at the Hartsfield-Jackson Atlanta International Airport in Georgia.

Black plaintiffs André and English claim in the lawsuit that “racial profiling and forceful stops” violated their fundamental rights.

The lawsuit claims that on April 21, 2021, while waiting for his trip to Los Angeles on the jet bridge, André was chosen by plainclothes police for a drug search. Passengers use the jet bridge to get to their aircraft after passing through TSA screening and gate checks.

English said that on October 30, 2020, two police officers stopped him at the jet bridge as he boarded a trip to Los Angeles. After many minutes of interrogation, the comedians were allowed to board their aircraft without being charged with a crime.

The lawsuit claims that the comedians were “unlawfully singled out because of their race” in both occasions and that neither man “committed any crime or participated in any suspicious conduct.”

The lawsuit asserts that “Mr. André did not notice any other Black guests boarding with this group.” The lawsuit in both instances called the situations “humiliating.”

André said in The Daily Beast that the cops pushed the (white) passengers to “shimmy around me” throughout the five-minute interaction while they questioned him about whether he was carrying certain substances.

I boarded the aircraft “utterly embarrassed, and enraged,” he said. “They gawked while doing so — after all, I must have done something to warrant all the police attention.”

According to the complaint, one officer informed André that the inquiries were “protocol” and the search was “random.” André and English said that they felt they were unable to refuse the halt during the interactions.

This particular police procedure, known as the “jet bridge interdiction program” in the court filings, is also closely examined by the complaint.

It makes the case that the searches are anything but “consensual contacts” or “random,” that the program is designed to be “coercive,” and that Black passengers are disproportionately targeted.

In order to combat drug trafficking, the suit claims that “armed CCPD officers and Clayton County District Attorney’s Office… investigators” wait in jet bridges to “selectively intercept passengers, take their boarding passes and identifications, question them before they board their flights, and search their carry-on luggage.”

According to Clayton County Police Department data, 402 jet bridge stops were made between August 30, 2020, and April 30, 2021, a period that includes the searches of the comedians, resulting in three seizures, the complaint claims.

According to the complaint, three passengers were found with “about 10 grams (less than the weight of one AAA alkaline battery) of narcotics, 26 grams (the weight of around four grapes) of “suspected THC gummies,” and six prescription tablets (for which no legal prescription was reportedly present). Only two of the passengers—those who had the tablets and around 10 grams of drugs—were accused of a crime.

According to the complaint, the police department kept track of 378 stops throughout the same time period when passengers’ races were noted. About 56% of the passengers at those locations were Black, and 68% were persons of color.

This kind of encounter “occurs routinely throughout our officers’ course of duty,” according to a statement made by Clayton County Police last year, “and is supported by Georgia Law and the US Constitution.”

André was never arrested, according to Officer Aubriel Stroud, who added that “Mr. Andre accepted to talk with our officers, and the dialogue was amicable.”

Two Georgia lawyers and attorneys from the Policing Project at the New York University School of Law have asked to defend André and English in their case.

Barry Friedman, an attorney and lecturer at the institution, wrote to Insider, “Our aim is to ensure that police is driven on the front end by regulations and practices that constrain discretion.” We want to ensure that constitutional legislation guiding police does not permit the kind of arbitrary seizures and racial prejudice we witness in the cases of Mr. André and Mr. Clayton. Without clear policy, ideally with democratic imprimatur, things go awry.

»Eric André says he was racially profiled in Georgia’s airport«