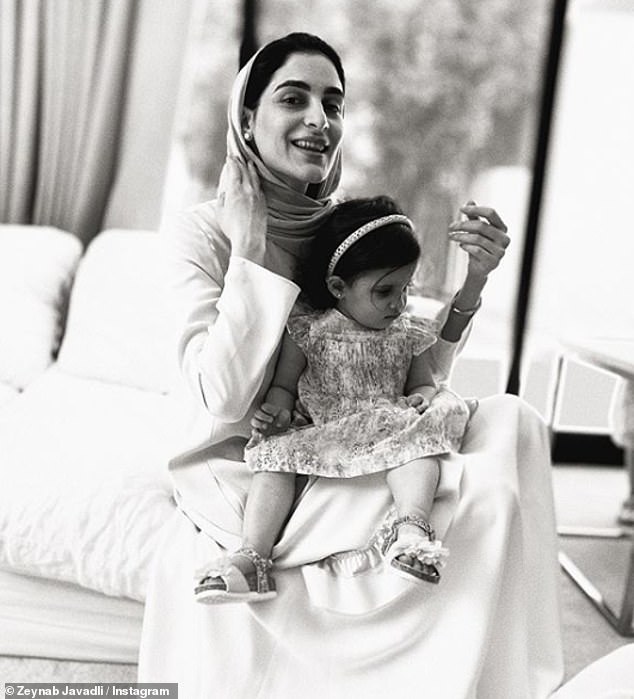 The ex-wife of a Dubai sheikh has appealed for assistance in a video, alleging that she is being harassed by the police as a result of a custody dispute with her ex-husband.

inside a video sent to BBC News.

Please assist me, Ms. Javadli begged, adding, “My children and I are afraid and fearful for our lives and safety.”

According to the BBC, she has also requested assistance from the UN Human Rights Council, stating that she has been the victim of “abuse, harassment, and intimidation.”

The video follows a series of upset recordings that Ms. Javadli posted on Instagram in 2020, in which she also begged for assistance when it seemed that Dubai officials were searching her house.

The mother-of-three is heard saying: “I can’t hand my children over to strangers” in one of the 2020 recordings. They are treating me in this way. You can’t take us anywhere,” one of her little girls is heard saying in the background as she is uttering the phrase “There’s no law”.

Lawyers for Ms. Javadli claim that when Dubai police officers broke into her house without her consent, they beat her parents and children. The event is included in her petition to the UN.

The attorneys for Ms. Javadli claim that her freedom of movement has been limited and that over the last three years, authorities have conducted unauthorized searches on her Dubai property.

Since their separation in 2019, Sheikh Saeed and Ms Javadli have been at odds over custody of their children. The sheikh’s attorneys contend Ms Javadli is unsuitable to be a mother, a charge she rejects.

After divorcing the sheikh in 2019, the former world champion gymnast decided to stay in Dubai rather than go back to her home Azerbaijan out of concern that she could be denied entry and unable to see her kids.

She is so afraid of losing her kids that she has decided against sending them to school and is instead keeping them at home in case the police come to take them away.

The ruling family of Dubai has a few cases like Ms. Javadli’s. Princess Haya, a different ex-wife of a sheikh who became involved in a custody dispute, left Dubai in 2019 to begin a new life in the UK.

And in 2018, Princess Latifa, another ex-wife of a Dubai sheikh, claims that speedboats manned by Special Forces guards stopped the yacht she was trying to exit the country.

She asserts that the guards then tranquilized her and brought her back to Dubai, where she said she was ‘kept hostage’ in undercover films, after using smoke grenades to decapitate the yacht’s crew.

The princess has now made another public appearance and said that she is “living as she desires.”