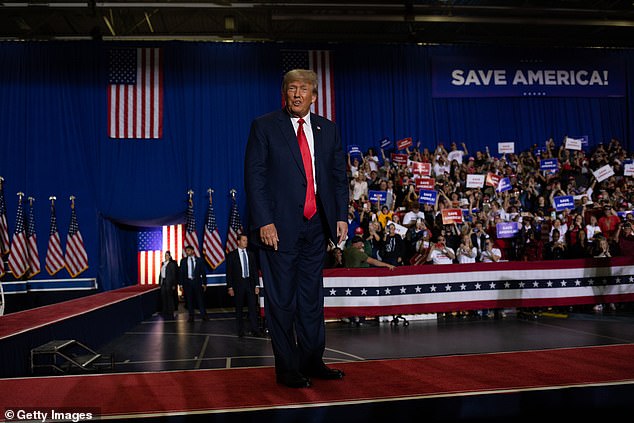 In its continuing legal dispute about the termination of the federal employee under the Trump administration, the Department of Justice (DOJ) has made the content of a letter defending the dismissal of FBI agent Peter Strzok in 2018 public.

The 22-year FBI veteran, according to the agency, had “a profoundly negative influence on our organization, which will take years to recover.”

In 2019, Strzok filed a lawsuit against the FBI, claiming that it had fired him improperly.

After his text messages criticizing Donald Trump and his administration were made public, including one from 2016 that stated: “Hillary should win 100,000,000-0,” he had been sacked.

At the same time, it was also revealed that he was seeing Lisa Page, an attorney for the FBI.

When Strzok and Page were both engaged on the DOJ investigation into whether the Trump 2016 campaign collaborated with or was helped to win by Russia, the messages came to light.

Strzok was first removed from the investigation before being completely sacked by David Bowdich, the FBI’s deputy director at the time.

In an attempt to show that Strzok’s departure was not the result of pressure from the former president, the DOJ disclosed the contents of Bowdich’s termination letter to Strzok late last week.

Bowdich said in the August 2018 letter, which the Washington Examiner was able to receive, “As I evaluated all the known circumstances related with the adjudication of your case it was impossible to fathom another event like yours which caused so much shame to the organization.”

Bowdich sent Strzok a letter saying, “In your adjudication, I excluded all the politics, pundits, comments, and the media from reporting the decision point I must address.”

“After removing all the “noise,” I am left with the facts and our organization’s highly negative effect, which will need years to recover from.”

The FBI’s policies do not prohibit agents from discussing politics in their personal capacity.

Strzok and Page’s communications were discovered, but their release infuriated Trump and Republicans in Congress, who used it to question the objectivity of Special Counsel Robert Mueller’s Russia probe.

“I want to believe the route you offered up for consideration in [then-Deputy FBI Director Andrew McCabe’s] office that there’s no way Trump is elected-but I’m afraid we can’t take that chance,” read one communication that received criticism on the right.

Strzok was removed off the investigation by Mueller in late 2017 to preserve its integrity, according to a Wall Street Journal article at the time.

The Department of Justice has maintained in Strzok’s continuing lawsuit that the dismissed agent “made no evidence that former President Trump had any influence” in his dismissal.

Even under the Biden administration, Strzok’s attempts to get Trump removed were resisted.

In relation to Trump’s highly publicized dismissal of former FBI Director James Comey, the DOJ reported on Thursday that Bowdich swore he “never witnessed [Trump] become engaged in the termination of anybody beyond the politically-appointed director.”