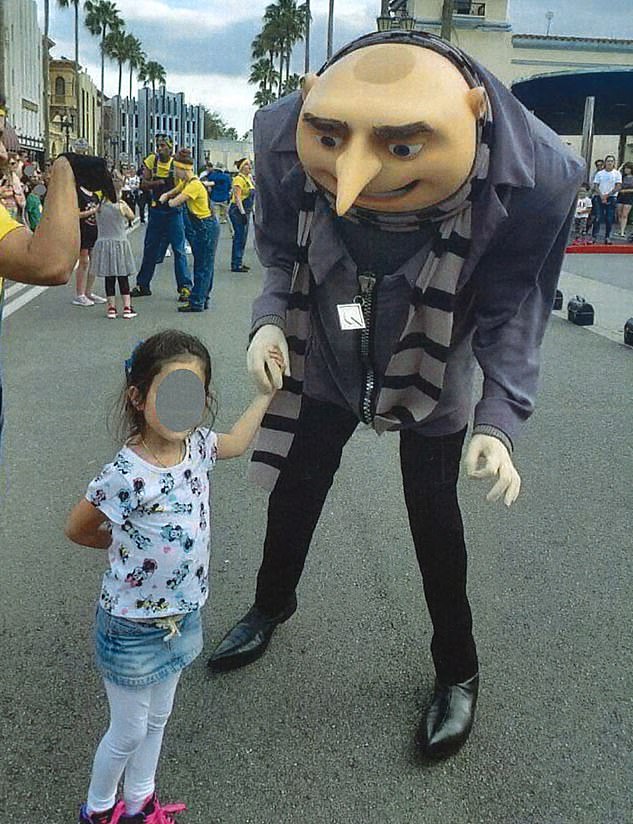 A complaint alleging that a Despicable Me character made the white power “OK” gesture twice while standing behind a six-year-old black kid and a five-year-old Hispanic girl has been resolved by Universal Orlando.

Tiffiney, Richard Zinger, Geisy Moreno, and Joel Rodriguez filed the complaints after contacts with the figure Gru, who was portrayed by a different Universal employee in each of the two contentious incidents.

The two sets of parents claimed that two distinct episodes of prejudice in February and March 2019 affected their children. The first event happened at a Universal Studios theme park, while the second one happened at a resort hotel’s breakfast.

According to the Orlando Sentinel, the specifics of the settlement struck by the parties have not been made public.

On September 12, the lawsuit was concluded.

A racist sign is supposed to be made by touching the tips of your thumb and index finger, then spreading your other fingers apart to form the shape of a “OK.”

Their legal actions were started in Orange County, Florida, the location of Universal. Although one of the two individuals involved in the lawsuit at the time of the occurrences denied acting in a discriminatory manner, the entertainment mogul was accused of breaking the Florida Civil Rights Act of 1992 as a result.

A Baltimore family filed a $25 million lawsuit against an amusement park with a Sesame Street motif in a related case from July.

The family said that at a meet-and-greet in June, the performers playing the characters ignored the black attendees. In response to Kennedi Burns’ rejection, Quinton Burns remarked, “Just looking at her face, it makes me want to weep every time I see it.”

The families also claimed that the performers touched their children without their will, which led to emotional harm.

Austin Walker and Joseph Saenz were identified by Florida Politics as the two actors playing the roles in April 2022.

According to the complaint, one of the performers was accused of “openly and purposefully displaying towards them an internationally recognised and often used hate sign that represents white supremacy.”

This white power hand gesture, which has long been recognised as a hate symbol, is now publicly and often used to indicate hatred for a group of people based on their race, colour, and country of origin.

The Sentinel reports that Universal disputed the accusations in court, claiming that its staff members are well-trained and that no hate sign was ever utilised.

Lisa Riddle, an attorney representing the families, told Florida Politics: “It’s obvious that these two men either weren’t taught on it or chose to disregard it.”

Or their handlers either neglected it or weren’t taught on it.

Saenz said he was terminated in September 2019 when chatting with Florida Politics in April 2022.

According to him, the attendant who was accompanying Gru that day was playing what is known as the “circle game” hand gesture at the time. Additionally, it is a typical hand signal used by characters to indicate that they are OK.

Following its emergence on 4chan in 2017, the ‘OK’ hand signal was classified as hate speech by the Anti-Defamation League. The gesture is mostly described as “totally benign and harmless” in the ADL’s report on it.

When Republican attorney Zina Bash was accused of making the sign while seated behind Supreme Court Justice Brett Kavanaugh during his contentious confirmation hearing in 2018, the gesture attracted widespread attention.

In February 2019, a little biracial girl of six years old approached an actor who was costumed as Gru from one of her favourite movies, “Despicable Me,” and demanded a photo.

According to the complaint, the actor wrapped his arm around the little girl and extended his hand over her shoulder.

Her parents informed her she couldn’t because “a guy did a nasty thing to her because he did not like her because of her ethnicity and colour,” the complaint claims, and she wanted to display the image to her classmates.

The Gru persona repeated the action in a photo with a young Hispanic girl one month later.

Spanish-speaking parents of the five-year-old said that the figure disregarded their pleas for a picture of her while conversing with other English-speaking visitors. Finally, the father of the kid had to beg for a picture.

According to the complaint, the park or the character manager in both instances should have stopped it but failed to do so.

In April 2022, Riddle said to Florida Politics that the lawsuit aimed to make sure that Universal’s performers in the future would have the required training and supervision.

A Universal official by the name of Tom Schroder informed USA Today in October 2019 that the actor from the Zinger family photo had been sacked.

We never want our visitors to go through what this family did, Schroder added. We regret this and are taking action to prevent a repeat of this since it is unacceptable.