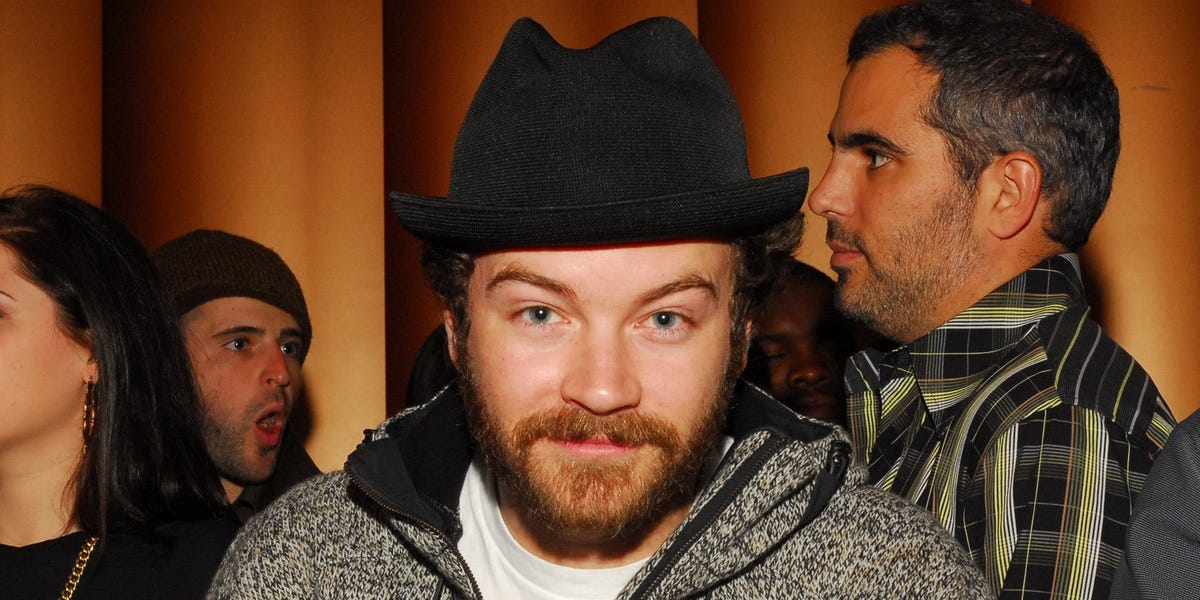 In horrifying evidence on Wednesday, a key witness in Danny Masterson’s continuing rape trial said the “That 70s Show” actor had sexually raped her twice in separate incidents in 2002 and 2003 and had threatened her with a pistol after the second one.

Tuesday marked the start of the arguments in Masterson’s Los Angeles Superior Court trial, which is anticipated to go on for many weeks. The first witness to testify was one of Masterson’s accusers, Jane Doe 1, also known as Jen. B. She resumed on Wednesday morning.

The trial follows the filing of a civil case in June 2019 by Masterson’s ex-girlfriend Chrissie Carnell Bixler and three other women, who claim that Masterson sexually assaulted them between 2001 and 2003. The Los Angeles County District Attorney’s Office brought criminal charges against them in 2020 based on the information they provided in the civil complaint.

The accusations have been rejected by Masterson and his legal counsel, who called them “outrageous.” The women’s stories of the occurrences contained discrepancies, according to Masterson’s counsel, who also suggested that they may have discussed the specifics with one another. He entered a not guilty plea to the accusations.

Although the Church of Scientology is not a party to the present criminal prosecution, it is named in the 2019 civil complaint since Masterson has been a member for a long time and all of his accusers are ex-members.

The first alleged event, which the district attorney chose not to present as one of the three criminal accusations against Masterson, was reported in court on Tuesday by Jen.

She testified in court that she first encountered Masterson when she was 24 years old, around 1997. Jen, a lifetime adherent of Scientology, said that she routinely saw the actor at meetings and activities held by the religion. She said that at the time, Masterson employed her closest friend, who often did errands for him.

Before the first alleged assault, Jen said that she and Masterson had a “friendly, casual” connection.

Jen said that in September 2002, she and a friend met Masterson at a pub after a movie. According to Jen, who said the actor was ordering strong cocktails for her throughout the night, Masterson offered to let them remain at his home nearby while the group continued to consume alcohol. Jen said she returned to Masterson’s home with him at two in the morning.

She said in court, “I was pretty inebriated; I couldn’t go up the stairs.” “He was shushing me while I was giggling.”

Jen said she became aware of her lack of “mental alertness,” and she kept asking Masterson, “What’s happening?” She said that after dozing off, she woke up to Masterson moving her and experiencing a severe pain in her side. Jen said in court that she couldn’t recall wearing any clothing.

Jen said in court that while screaming “no” in reaction to excruciating agony, she pulled on the bed and swatted at Masterson in an effort to get him to stop. She claimed to have slept off shortly after, and Masterson was not home when she awoke the next morning.

She said that after the encounter, she felt “embarrassed and humiliated,” particularly when her friends and other Scientologists showed shock and implied she was to fault.

Jen remarked, “I was made to put the past behind me and bury the hatchet so we could be ‘nice.

Jen said that she stayed away from Masterson until the end of 2002. However, in April 2003, she was entrusted with helping a group of pals retrieve a set of keys from Masterson’s home.

She said that when the group got to Masterson’s home, there were already around 15 people having a good time while Masterson was spinning records in his living room. Jen said that the original goal was to grab the keys and leave right away, but Masterson quickly welcomed the group and handed Jen a drink.

Jen said that while she drank the beverage, Masterson proceeded to pull her by her wrists up the steps to the tub and push her to go in the jacuzzi. She said that even though she had only had approximately half a drink, she was already starting to feel weak and disoriented.

Jen said that she fought as Masterson dragged her into the jacuzzi while wiping tears from her eyes in court on Wednesday. She said that while she sat in the bathtub, her eyesight started to get hazy and she felt like she was “slipping under.” She became worse much faster and recalled Masterson telling her he would force her to vomit by sticking his fingers down her neck.

She testified while crying, saying, “He put his fingers down my mouth.” “I began to throw up into the bathroom and into my hair. My face was on the tile as I collapsed to the ground there. Because I wasn’t moving and it was chilly, it felt lovely and protected.”

She said that when she awoke in the shower, Masterson was physically abusing her. She claimed that the actor then took her up, placed her on the bed, and started having sex with her. Jen said that she attempted to defend herself by placing a pillow between their two bodies, but Masterson snatched the pillow and smothered her until she passed out.

Jen had to leave the room for a five-minute break at this point in her testimony from last Wednesday because she started crying.

When she took the witness stand again, she said that Masterson had yelled at her and ordered her not to tell anybody about the event right away. She said that after briefly “fading to black,” she recalled a man’s voice at the bedroom door. Jen said that as she attempted to grab the nightstand, Masterson slammed the drawer shut on her hand and drew a revolver.

Masterson allegedly urged Jen to “shut the fuck up” and “don’t fucking move” when she characterized the rifle as being “more contemporary.”

Jen said that a few days later, she and Masterson spoke briefly on the phone during which she requested an explanation of the events of that evening.

One of the three charges of forced rape on which Masterson is being tried is the second event Jen mentioned.

The rejection of Masterson

During his opening comments on Tuesday, Philip Cohen, a defense lawyer for Masterson, briefly addressed Jen’s claims and refuted her prior denials of the attacks.

From the moment Jen originally reported the occurrences until the present, Cohen claimed that she had been telling a different tale. The lawyer also claimed that when Jen originally went to police in 2004 she made no mention of a gun or the first sexual assault.

Jen admitted during cross-examination on Wednesday that she didn’t realize her first sexual encounter with Masterson in 2002 constituted rape until later, when a criminal inquiry had already been launched.