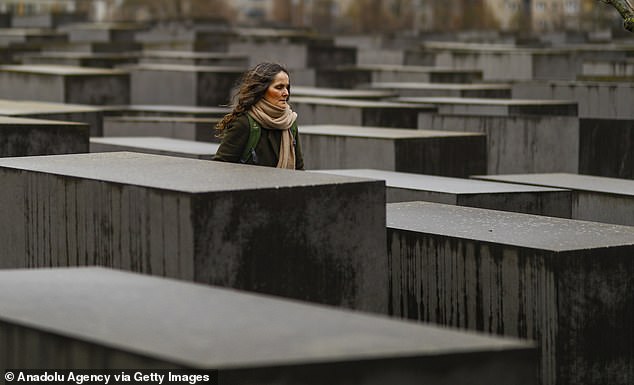 A German lawmaker from the extreme right has drawn criticism for dancing on the nation’s Holocaust monument.

In a photograph shared on social media, Holger Winterstein was seen standing on one of the stone pillars that makes up the Berlin monument to the more than six million Jews who were killed by the Nazis during the Second World War.

According to German media, the photo was shot after a rally held on Saturday by Alternative for Germany.

AfD, the party’s abbreviation in German, said it will take action against Winterstein for his “very disrespectful behavior.”

The politician serves as a county representative in the German state of Thuringia.

Israel’s envoy to Berlin criticized Winterstein for making the monument seem like a dance floor. Former Israeli ambassador to the United Kingdom Ron Prosor tweeted that Winterstein had brought “shame upon himself and his party.”

Prosor commented on Monday, “Mr. Winterstein, everyone is seeing you dance as you bring disgrace on yourself and your party.”

Enjoy your little moment of embarrassing fame because it will soon be forgotten. We shall never forget the holy souls honored at the memorial.

Bjoern Hoecke, the state-level head of the AfD party, termed the Holocaust memorial a “monument of shame” and urged Germany to make a “180-degree turn” in how it commemorates the past in 2018.

At the time, a request to have him expelled was denied by a party tribunal.

The Holocaust Memorial, also known as the Memorial to the Murdered Jews of Europe, is a sizable 200,000 square foot memorial particularly constructed in the capital of Germany to honor the Jewish victims of Nazi Germany’s Holocaust.

It is made up of 2,711 grey concrete “slabs” that have been purchased from Israel’s Yad Vasham museum and are set in a grid pattern on a sloped field.

Each slab is inscribed with the names of around 3 million of the more than 6 million Jewish victims of the Holocaust.

Visitors approach the facility by walking down sloped walkways, which causes the massive slabs to grow larger around them, towering overhead and muffling outside sounds.

The slabs of the monument reach depths of more than 15 feet.

Sixty years after the conclusion of the Second World War in Europe, construction on the site started in April 2003 and was finished on December 15, 2004. It was then opened on May 10, 2005.

The systematic genocide of European Jews during World War II is referred to as the Holocaust or Shoah.

Approximately two-thirds of Europe’s Jewish population were slaughtered by Nazi Germany and its allies between 1941 and 1945.

Other groups, including the Roma, Poles, Ukrainians, Soviet citizens, homosexuals, prisoners of war, and others the Nazis judged politically undesirable, were also routinely murdered.

Although the precise number of victims of the Holocaust is uncertain, estimates indicate that 11 million members of other groups, in addition to the six million Jews, were also exterminated.