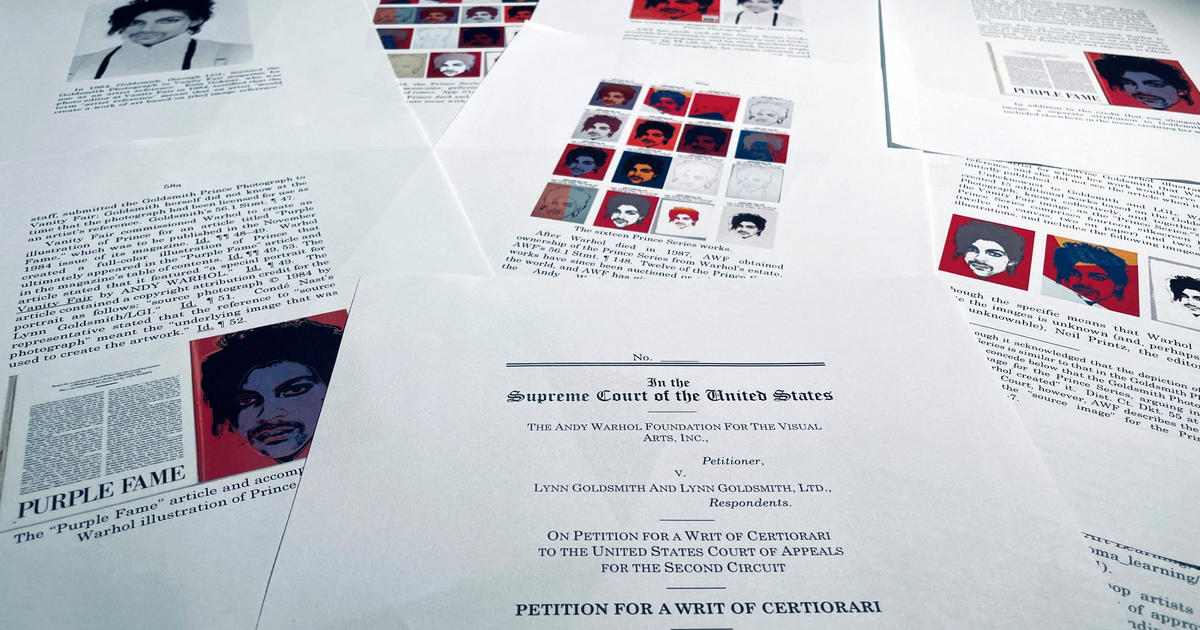 On Wednesday, the Supreme Court debated a copyright dispute involving late artist Andy Warhol’s use of rock and roll photographer Lynn Goldsmith’s 1981 shot of Prince as the inspiration for a silkscreen.

Over the course of more than 90 minutes of oral arguments, the justices referred to a variety of popular culture references, including “Lord of the Rings,” “Norman Lear,” television shows, and the Mona Lisa. The case may have implications for the entertainment industry and creators who draw inspiration from previously published works.

The court is considering the foundation’s arguments that Warhol did not break federal copyright laws when he used Goldsmith’s photograph of Prince as the inspiration for a collection of 16 silkscreens and drawings (who Justice Clarence Thomas revealed he was a fan of in the 1980s).

When a work is “transformative,” or “adds something new with a further purpose or different character, modifying the original with new expression, meaning, or message,” the Supreme Court has in the past permitted fair use. The legal system also takes into account whether a work is used for commercial or noncommercial purposes.

Given both Goldsmith’s image and Warhol’s drawing of Prince had a similar economic objective, several of the justices sometimes questioned whether their actions constituted fair use under the Copyright Act.

Isn’t it typical that an image would be utilized in articles about its topic and so compete in the same market as the one in which this adaptation was used? Roman Martinez, who spoke on behalf of the Andy Warhol Foundation, was questioned by Justice Brett Kavanaugh. Specifically, it wasn’t utilized in a piece about Warhol but rather one about Prince.

Kavanaugh’s assessment was shared by Justice Sonia Sotomayor, who said that the use of Warhol’s artwork was “very commercial.”

As Warhol’s estate did, Goldsmith also granted licenses to periodicals for use of her images, according to her. How come Goldsmith’s images and your [2016] license don’t have the same business purpose?

The controversy began with a black-and-white picture of Prince taken by renowned rock photographer Goldsmith in 1981, when the artist was just starting out.

Three years later, when Prince began to gain notoriety, Vanity Fair hired Andy Warhol to draw a portrait of the singer to go with an article titled “Purple Fame.” The magazine decided to utilize Goldsmith’s 1981 image of Prince as the “artist reference” for Warhol’s silkscreen, paid Goldsmith $400 as the license fee, and agreed to give Goldsmith credit for the original shot.

Vanity Fair published the picture Purple Prince from Warhol’s “Prince Series,” a collection of 16 silkscreens and drawings, in its November 1984 edition.

Following Warhol’s passing in 1987, his organization acquired ownership of the Prince Series and reportedly sold 12 of the 16 original pieces. The remaining four are at the Andy Warhol Museum.

When Prince passed away in 2016, Conde Nast, the parent company of Vanity Fair, obtained a permission from the Prince Legacy Foundation to use a photograph from the Prince Series called Orange Prince for the cover of a magazine in his honor. The corporation paid out around $10,250 for the right to use the artwork on the cover.

In addition to alerting the Andy Warhol Foundation of probable copyright violations, Goldsmith did not get compensation or credit.

A federal district court concluded that Warhol’s Prince Series pieces are protected by fair use because they are “transformative” and the drawings “wash[ed] away the vulnerability and humanity Prince displays in Goldsmith’s pictures,” according to the foundation’s argument. The licensing markets for Warhol’s and Goldsmith’s works are distinct, the court further ruled.

The 2nd Circuit, however, disagreed, concluding that Warhol’s Prince Series kept the “essential components of the Goldsmith Photograph without materially adding to or modifying those aspects and was not transformative, and hence not constituted fair use.” The court ruled that judges “shouldn’t adopt the role of an art critic and endeavor to understand the content or purpose behind the works in question.”

The Andy Warhol Foundation filed an appeal with the Supreme Court, which will determine if a follow-on work is transformative and, thus, qualifies as fair use under the Copyright Act since it communicates a different “meaning or message” from the original.

A court’s ability to “judge the purpose of meaning, the message, or the significance of works of art like a picture or painting” was questioned by Justice Samuel Alito during the hearing.

The court took note of Warhol’s fame and his comprehension of the themes included in his artwork.

The Andy Warhol Foundation’s strategy, according to Justice Elena Kagan, “benefits from a certain type of hindsight.”

“We are aware of Andy Warhol’s identity, activities, and the interpretations made of his works. Therefore, it’s simple to conclude that what he created with this photograph is significantly new “She said. “You might be tempted to say, “Well, I don’t get it,” if you imagine Andy Warhol as a struggling young artist who we didn’t know anything about and then you look at these two pictures. He did nothing more than add color to someone else’s image.”

We can’t always rely on the fact that Andy Warhol is Andy Warhol to know how to conduct this investigation, said Kagan.

Goldsmith’s advocate Lisa Blatt said that the Warhol Foundation’s concept of transformative is “too simple to manipulate.”

If the foundation is successful, she told the judges, “Copyrights would be at the mercy of copycats.” Without paying the creators a cent, anybody could make Darth Vader into a hero or convert “All in the Family” into “The Jeffersons.”

Documentary filmmakers, artists, and curators who support Warhol’s foundation contend that if the Supreme Court upholds the 2nd Circuit’s ruling, fair use would be severely constrained.

A number of entertainment industry organizations, including the Recording Industry Association of America and the Screen Actors Guild-American Federation of Television and Radio Artists, support Goldsmith’s position and assert that focusing on the message or meaning of a secondary work would transform judges into art critics. Additionally supporting Goldsmith in the conflict is the Justice Department.

Blatt cautioned the court that siding with the Andy Warhol Foundation would have far-reaching effects for artists since it would make it unnecessary to get rights for any television spinoffs or book-to-movie adaptations.

Warhol is described as “a creative genius who infused other people’s work with his own particular style” by the foundation, she said. “However, Spielberg and Jimi Hendrix each accomplished this for the visual arts. These giants still required permits.”

By the end of June, the Supreme Court is anticipated to issue a ruling.