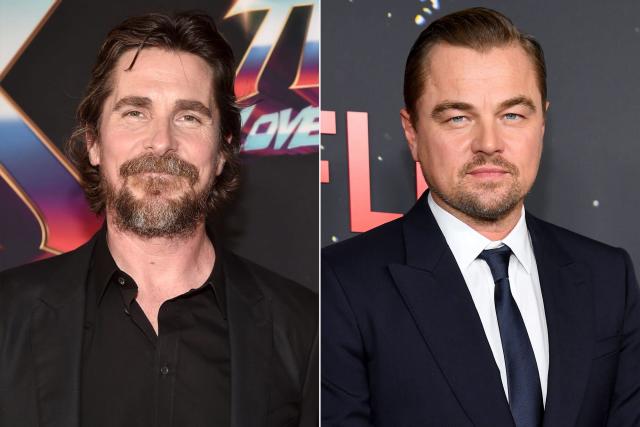 Christian Bale stated that everyone in Hollywood “owes” their careers to Leonardo DiCaprio’s refusal to star in certain films.

Although the British actor has been a fixture in Hollywood for decades, having starred in films such as Steven Spielberg’s “Empire of the Sun,” Disney’s “Newsies,” and the 2008-2012 Batman trilogy, there is still competition for roles.

During an interview for the November 2022 issue of GQ, Bale was asked about rumors that he lost out on five film parts to DiCaprio in the 1990s, including the character of Jack in “Titanic.” He responded by stating that the only reason he and other Hollywood actors are able to star in films is because Leonardo DiCaprio rejected the projects first.

“It’s not just me. To this day, the only reason anyone has a role is because he passed on it first “Bale, 48, stated. “It makes no difference what anyone tells you. It makes no difference how close you are with the directors. All those individuals with whom I’ve collaborated on several occasions offered him those roles initially.”

“I assume that nearly everyone of a comparable generation to him in Hollywood owes their careers to his decision to decline whatever project it is,” Bale stated.

“Thank you, Leo, because he literally chooses everything he does,” he continued. “To his credit, he is terrific.”

“American Psycho,” for which Bale gained critical acclaim for his depiction of Patrick Bateman, was a film that DiCaprio could have had. Vice said that initially, Lionsgate wanted DiCaprio to play the lead role.

Bale told GQ that he was consequently paid the “absolute minimum” allowed by law for his role in the picture.

But it does not appear that Bale resents DiCaprio for taking away his movie roles.

“Do you realize how appreciative I am for anything? I mean, I cannot perform his actions “He informed the publication. “I would not want his level of exposure either. And he performs admirably.”