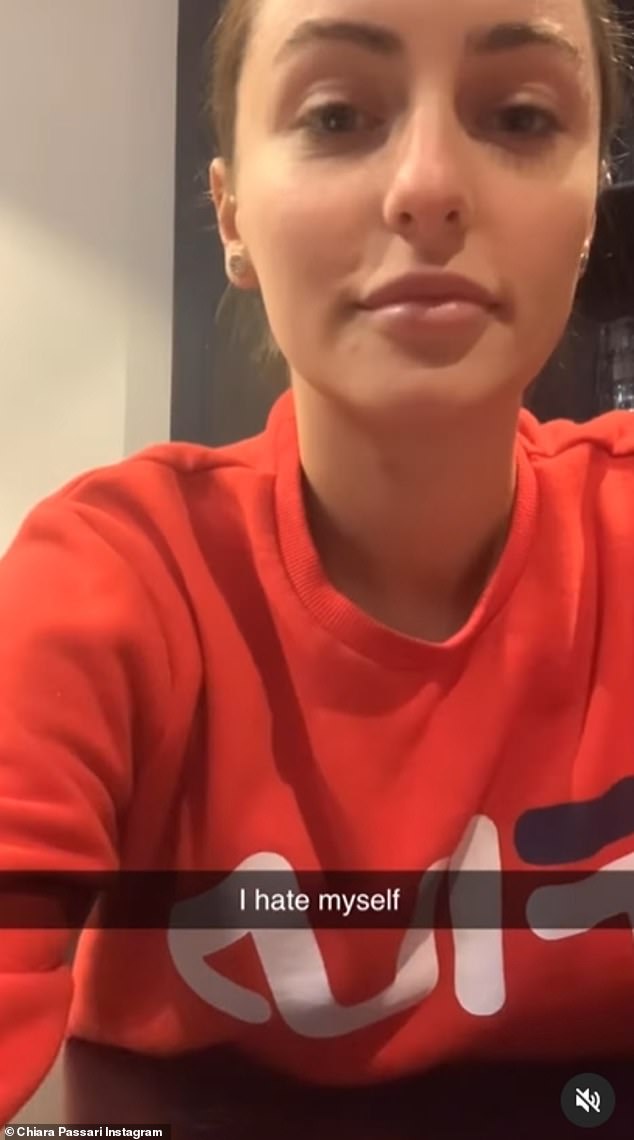 In an emotive social media post, Kyrgios’ ex-girlfriend Chiara Passari confessed she turned to drugs and alcohol for solace at a difficult time in her life.

Kyrgios is charged with assaulting Passari, 23, and his attorneys appeared in ACT Magistrates Court on Tuesday to argue that the prosecution should be dropped due to his mental health.

His ex-girlfriend recently posted a picture with the phrase “I hate myself” on Instagram, where she spoke about “losing all hope” and how she felt.

She said that she had “lost all hope in love, in myself, and in any kind of happiness or significance.”

Never being able to grin sincere smiles or comprehend my life’s purpose. I lost all desire to eat and found food repulsive, so I turned to drink and narcotics for comfort.

“Thereafter, I moved to a new city on a whim, heard my laugh again, met my people, fell in love with cuisine once again, and started to look forward to life.”

I’m beginning afresh and becoming closer to my family than I ever have. Everything is in the hands of the cosmos, and it’s all just one huge f***** up adventure, but all I know is that we will always emerge on the other side to find the light.

Before meeting Costeen Hatzi, a 21-year-old recent college graduate, Kyrgios had an on-again, off-again romance with Passari, who relocated to Brisbane following their breakup.

There are rumors that he would shortly declare his engagement to Hatzi.

Her presence in his supporters box, where she has supported him at Wimbledon and the US Open, has been a staple since the two announced their relationship in December of last year.

On Tuesday, Kyrgios’ attorneys sought to have the assault accusation against him dropped and requested a postponement so that forensic mental health reports could be created.

They will next submit an application according to a provision of the local crimes legislation to have the case dismissed.

The law allows magistrates the authority to drop a case if they believe an accused person suffers from a mental impairment and that doing so would be in the best interests of both the offender and the community.

According to Kyrgios’s attorney Michael Kukulies-Smith, who cited a number of public remarks made by the world No. 20 tennis player, the application was reasonable given the tennis star’s mental health history since 2015.

In his opening remarks at the 2019 Australian Open, Kyrgios said that what had first seemed to be a happy moment in his life had really been “one of my worst times.”

He made mention of thoughts of suicide and self-harm.

He stated on Instagram, “I was lonely, miserable, negative, abusing drink and drugs, pushing away family and friends.”

I felt as if I couldn’t trust them or speak to them. This happened as a consequence of my keeping things within, refusing to rely on my loved ones, and just gradually pushing myself to be optimistic.

Despite Mr. Kukulies-assertion Smith’s that his client intended to attend, Magistrate Glenn Theakston started debating whether Kyrgios would have to show up in person for the application hearing.

On February 3, the application hearing will take place.

Before his case went back to court, Kyrgios stated in Tokyo that despite his impending charge, it was “not tough at all” to concentrate on tennis.

He told reporters, “There’s just so much I can control, but I’m taking all the necessary procedures and dealing with it off the court.”

I’m in Tokyo and am just trying to play some good tennis, keep up the momentum, and just try to do my job, which is to play tennis and play it well. I can only do what I can.

»Chiara Passari shares her struggles with drugs and alcohol«