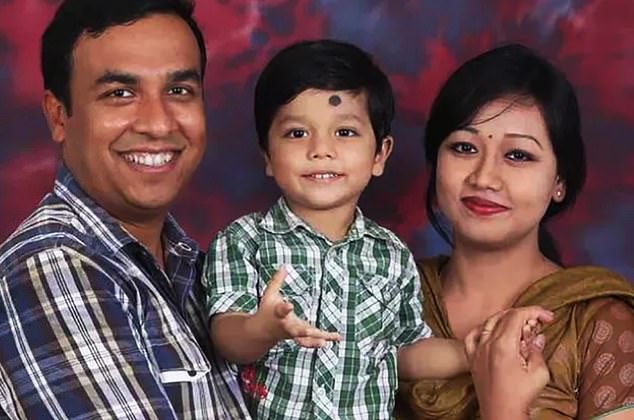 Charlie Teo, a controversial brain surgeon, charged the families of two children, one of whom was left vegetative and both of whom died within a year, exorbitant costs.

Dr. Teo reportedly requested that the parents of the children, a four-year-old Indian boy and a seven-year-old girl from the Hunter Valley of New South Wales, deposit $40,000 and $50,000 overnight in his bank account prior to the operation.

Both toddlers were diagnosed with diffuse intrinsic pontine glioma (DIPG), a neurosurgeon-designated inoperable and fatal form of juvenile brain cancer.

The brain stem tumor is so aggressive and incurable that children diagnosed with DIPG are immediately deemed to be in palliative care.

Mikolaj Barman from Assam, India, was one of two youngsters suffering from DIPG when his parents contacted Dr. Teo, according to a report from Nine Newspapers.

Ten months later, in August 2019, he passed away, shortly after the tumor resurfaced.

The Health Care Complaints Commission is investigating Dr. Teo, and his accreditation to practice at Prince of Wales Private Hospital was revoked last year.

However, the controversial expert has the support of a number of eminent neurosurgeons, one of whom has submitted a favorable letter to the NSW Medical Council.

Indian engineer Prasanta Barman observed his son’s trouble walking, and when Dr. Teo gave a lifeline that doctors in New Delhi could not, the father emptied his savings and retirement accounts, and a friend created a GoFundMe campaign.

Mr. Barman and his wife Sangeeta paid $40,000, half of Dr. Teo’s bill, after he rejected the dismal prognosis of two Indian neurosurgeons by stating, “we believe surgery may cure Mikolaj.”

On October 11, 2018, Dr. Teo met Mikolaj’s parents for the first time as their kid was being taken into an operating room in Singapore.

The Barmans, unwilling to back out, granted their consent, and after 10 hours of surgery, the surgeon reported that he had removed 85 percent of the benign-appearing tumor (the opposite of malignant).

The Barman family asserts that Dr. Teo operated on Mikolaj before doing a tumor biopsy.

The pathology results confirmed that the tumor was DIPG, and although Mikolaj had been joyful and playful prior to surgery, he was now unable to walk, sit, or speak.

The Barmans paid an additional $40,000 to return him home via air ambulance, and he stared at the ceiling for the next 10 months until succumbing to the tumor. His care totaled $250,000.

Bella Howard of Shoal Bay was the second kid operated on by Dr. Teo after her parents urgently attempted to preserve her life after a DIPG was discovered on her brain stem.

Professor Mark Souweidane, a famous paediatric neurosurgeon in the United States, told the newspaper that there were no clinical or research evidence in the world that demonstrated any benefit to operating on DIPG tumours.

This form of tumor infiltrates the pons, the walnut-sized portion of the brainstem that connects to the spinal cord and regulates your sleep-wake cycle, respiration, and pain perception.

The two families of the children who complained about Dr. Teo to Nine newspapers and 60 Minutes were first thrilled by Dr. Teo’s assurance that their children would have a future.

However, other physicians had stated that death was certain and that palliative care may include radiation therapy.

Dr. Teo has been unable to operate without written consent from a colleague surgeon for the past 15 months due to restrictions placed on his practising certificate by the Medical Council of NSW following three complaints.

However, some of his patients’ families appreciate the unconventional physician who rides a motorcycle.

And as he tries to overturn restrictions on his right to do surgery in Australia, Dr. Teo has defended his surgeries by stating, “Once you start exploring… advances, you are bound to have some catastrophic results, which I have had.”

He told the Daily Telegraph, “You will also have people who perform exceptionally well, who add months or years to their lives and get to enjoy life.”

The NSW Health Care Complaints Commission ordered a two-day disciplinary hearing due to the bad consequences of two procedures performed by Dr. Teo, including one on a patient with DIPG.

Dr. Teo, who performed surgery on Mikolaj Barman in Singapore, has performed at least four surgeries in Spain and South Africa, where he holds an operating license.

In Madrid, Spain, the surgeon operated on two afflicted young Australians, a woman from Sydney and a guy from Melbourne.

He is also reported to have performed surgery in Johannesburg and Switzerland, although it is understood that the Medical Council of New South Wales has investigated into Dr. Teo’s abroad operations and may have notified Spanish authorities of its concerns.

Dr. Teo told the Daily Telegraph that his way of treating brain stem cancers was inspired by a pioneering US paediatric neurosurgeon, Fred Epstein, whose ‘advanced approach… sadly… never really caught on’

In April 2020, Gene, a carpenter, and Sarah, his wife, received the devastating news that their daughter Bella had been diagnosed with DIPG. In desperation, Gene and Sarah rushed to Dr. Teo, who volunteered to operate the next day.

They only needed to pay $50,000, which Gene’s boss loaned him, and the same amount again later, and Dr. Teo reportedly stated that he had removed 95 percent of Bella’s low-grade tumor.

The pathology results revealed that Bella had DIPG, and Dr. Teo reportedly offered to perform a second operation at the same cost.

Twelve weeks after surgery, Teo called the Howards with the results of Bella’s most recent scan and said, “This is pretty awful.” It is approximately three times as large as it was originally.

Prasanta Barman, who lost his only son to a brain stem tumor, confessed to the Sydney Morning Herald that he felt bad for subjecting his kid to surgery since ‘there was no hope. Why then offer false hope?’

However, families such as the parents of Madeline Suy, age eight, continue to support Dr. Teo and believe “we made the correct decision.”

Alan Suy told the Daily Telegraph that when Madeline was diagnosed with DIPG, he sought the surgeon despite being aware of the controversy surrounding his procedure, and that he was “never given any false optimism.”

Dr. Teo, according to Mr. Suy, was truthful and told him that his technique was unusual, high-risk, and lacked success assurances.

In December of 2020, Madeline underwent surgery and radiation therapy to further reduce the tumor.

In June of this year, an MRI revealed that the tumor was regrowing, but the Suys are optimistic because Madeline, who just turned eight, has “already overcome the odds,” with the typical survival time for DIPG children being nine to twelve months.

Associate Professor Yeo Tseng Tsai, head of neurosurgery at Singapore’s National University Hospital, is among those supporting Dr. Teo. He encouraged him to operate on brain tumour patients despite Dr. Teo’s image among Australian colleagues as “a bit of a maverick and a showman.”

Dr. Tsai stated in his submission, “Seeing is believing, as they say, and I realized that I was watching one of the world’s greatest technical neurosurgeons functioning at truly world-class levels in our own university hospital in Singapore.”

My experience with him, even in cases with less-than-stellar outcomes, was that he was always very forthright and honest with the patient and relatives prior to surgery, so that there were no issues with relatives and patients when the post-op outcome was less than expected, because a strong bond of trust had been established with them.

Dr. Teo was not compensated for his week-long stay working in Singapore’s public hospital.

Dr. Tsai confessed that the outcomes of a few instances were “not really excellent” and that he and Dr. Teo had differing perspectives on whether to operate in several circumstances.

In the majority of them, he was ultimately proven true, he wrote.

Families of Dr. Teo’s former patients have rushed to his defense, including that of 14-year-old Milli Lucas, whom he operated on twice before she lost her courageous battle in January 2021.

She claims that Dr. Teo granted their family two additional years with Milli that they otherwise would not have had.

I am aware that neurosurgeons in Australia consider him to be a cowboy who goes the additional mile… Ms. Smirk told news.com.au that the choice should be left up to the patient.

I pity the Australians who aspire to become neurosurgeons but are unable to learn from the greatest in the world.

Recently, Dr. Teo disclosed that he received ‘daily’ phone calls from families pleading for his assistance, and that ‘jealous’ colleagues prevented him from performing his’miracle’ procedures in Australia.

It is founded solely on professional envy. Even a governing authority has acknowledged my competence as a surgeon.

“It all began when anonymous, faceless, cowardly individuals went to the media, made claims and fabricated tales about me in an attempt to damage my reputation.”

“If I’m as horrible as the surgeons claim I am, if I’m giving people false hope and false promises, then come out and admit it… and put a face to the allegations.”

Before operating on rare brain disorders, Dr. Teo must maintain a monthly journal of patient names and procedures and obtain a second opinion from a neurosurgeon.