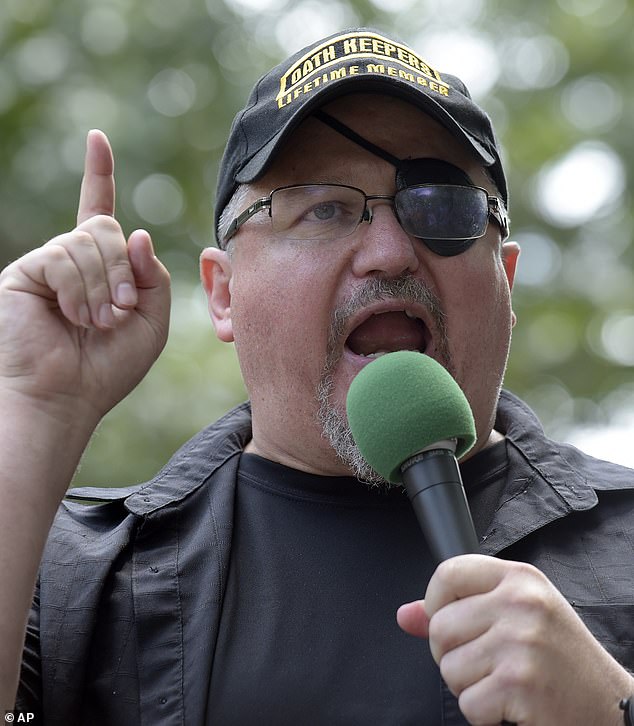 Prior to their participation in the Capitol Riot on January 6, Oath Keeper militia members allegedly spoke with and even met with Secret Service personnel.

According to a representative of the organization, the militia members periodically contacted the Secret Service to find out what was permitted at demonstrations.

Agents contacted the group to arrange meetings after learning that rallies were being planned, as is customary for organizations who organize events.

The organization’s leader, Stewart Rhodes, said he was in contact with agents, which raised further questions about any connections between the group and the agency.

According to evidence shown in court, Rhodes reportedly texted other agents stating that the Secret Service would be “glad” to assist if they were requested to fight by former President Donald Trump1.

According to Secret Service spokesperson Anthony Guglielmi, “We are aware that people from the Oath Keepers have called us in the past to make queries.”

According to the prosecution, Rhodes wrote, “If he calls us up as a militia, I believe the secret service would be pleased to have us out there.” He insisted that the agency and the militia had productive interactions.

John Zimmerman, a different former Oath Keeper leader, said that he thinks Rhodes had contact with the organization as early as the run-up to the 2020 election.

Rhodes was in communication with agents, according to Zimmerman, to determine which weapons they would be permitted to carry.

Although Zimmerman has not yet been charged with a crime, he said that when he was a leader in North Carolina, Oath Keeper members who were accused of plotting a seditious disturbance congregated there.

Multiple connections between government agencies and the militias and organizations that attended the event were discovered by testimonies from the congressional inquiry into the unrest and subsequent federal investigations.

In the video montage, Pelosi can be seen pleading for the National Guard’s assistance while watching Donald Trump’s supporters storm the Capitol on television.

Pelosi stated in the video, “It’s simply horrible, and all at the instigation of the President of the United States.”

It’s the first time that footage of the chaotic hours when politicians retreated into secret hiding places while police battled the crowd has been made public.

At the conclusion of the session, when the panel unanimously voted 9-0 to summon Trump to testify under oath and turn over records pertaining to the Capitol incident, additional, horrifying video emerged.