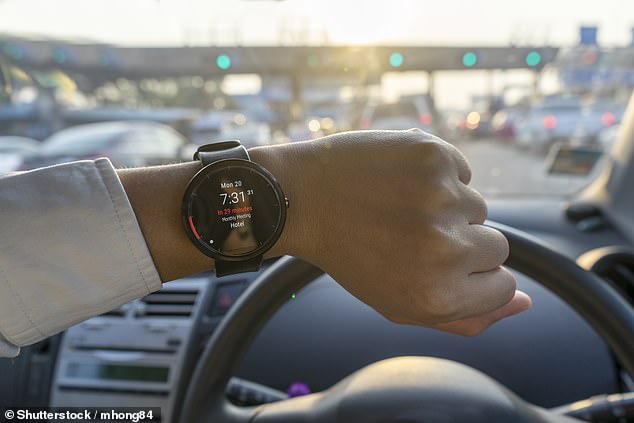 Australians have been informed that touching their smartwatches while operating a motor vehicle may result in a hefty punishment.

Because a smartwatch acts similarly to a phone, using one while driving might lead to distraction or inattention and result in demerit point fines.

When worn by the driver, smartwatches cannot be used for texting, video calls, emails, social networking, or any other comparable activity.

Drivers who are pulled over in a school zone are subject to the same penalties as those who are found using a phone while driving: five demerit points and a $362 fine that rises to $481.

The state of Victoria issues a warning to drivers stating that watch gadgets are subject to the same mobile phone rules as mobile phones.

VicRoads warns drivers against using their smartwatches for social media (such as Facebook and Twitter), email, music, text or video chatting, or navigation while they are behind the wheel.

“Smartwatches can also be used if the driver does not touch anything on the smartwatch (for instance, making and receiving calls needs to be hands-free via Bluetooth or similar means), and that it is secured in a commercially designed mounting attached to the vehicle (this may not be available),” the statement reads.

A $484 fine and four penalty points will be imposed on anybody found using the smartwatch improperly.

Drivers who are discovered using their smartwatch while driving will be subject to a $484 on-the-spot fine and four penalty points.

There isn’t a particular smartwatch restriction for drivers, but distractions of any kind still result in fines.

According to a spokeswoman for Transport and Main Roads, “Smart watches are a significant source of driver distraction and police may still prosecute a motorist with driving without due care and attention.”

In Queensland, we have cameras that can identify seatbelts and cell phones.

The cameras “identify unlawful mobile phone usage and refusal to wear a seatbelt by both drivers and front-seat passengers, but are not utilized to punish offenses related to smartwatches,” according to the statement.

For using a phone while driving, a fine of $1,078 and four demerit points may be assessed.

In Tasmania, using a smartphone while operating a vehicle may result in an inattentive driving charge.

A $173 fine and three penalty points may be assessed for “driving without proper care and attention.”

In regards to visual display units (VDUs), which include “wearable computers” and smartwatches, South Australia abides by the Australian Road Rules.

If the screen is visible to the driver, using a VDU while the car is moving is illegal.

Additionally, utilizing a VDU while operating a moving vehicle that is not parked will result in a fine for the driver.

Similar regulations exist in South Australia, with the exception that smartwatches may be used for navigation by drivers.

When utilizing a smartwatch as a navigational aid, drivers must mount the watch rather than wear it on their wrist. Drivers who are ticketed for breaching the law will be fined $300 and given three penalty points.

A $1,000 fine and four penalty points are incurred for using a smartwatch to make calls or send messages while driving.

Providing they don’t touch any parts of the watch, drivers in the state are allowed to use their smartwatches to make phone calls.

A $500 punishment is assessed to drivers who are found tapping their smartwatches.

Mobile phones, tablets, and smartwatches may be used while driving as long as they are mounted, secured, and the driver doesn’t use their hands to navigate or play music or make phone calls.

Drivers who are found using the internet or checking their texts while driving will get three to four penalty points and a fine of $487 to $598.