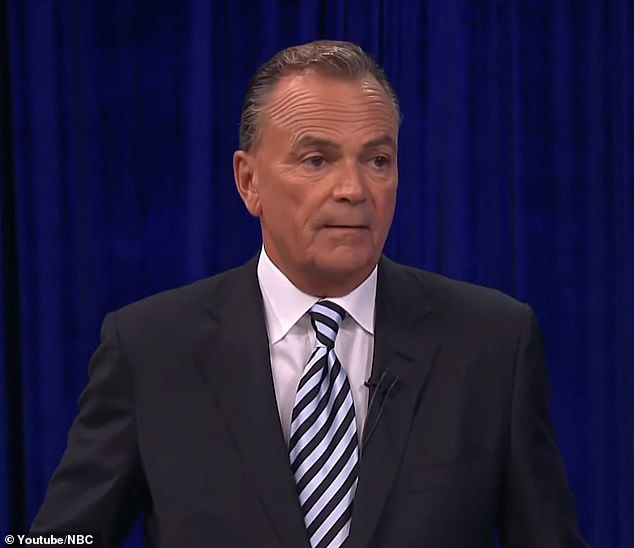 Rick Caruso, a candidate for mayor of Los Angeles, was forced to claim last night that he is “Italian,” not white, when the debate moderator said that the city’s next mayor would be “either an African American lady or a white male.”

Karen Bass, a veteran Democrat and professional politician, is Caruso’s opponent. He is a self-made millionaire who is popular with celebrities and was formerly a Republican but is now attempting to win over the renownedly liberal metropolis.

Caruso is running on a platform that calls for tidier streets, an end to homelessness, and the return of big business and Hollywood to Hollywood.

The next mayor of Los Angeles will either be an African-American woman or a white guy, according to Telemundo anchor Dunia Elvir, who was born in Honduras.

The Latino community made fun of him online and said that he was attempting to claim their culture as his own.

The controversy centered on statements made by L.A. City Councilwoman Nury Martinez regarding her fellow African Americans, Jews, and Armenians that were brutally bigoted.

She was reprimanded by Caruso and Bass, who both vowed that they would do their part to lessen bigotry towards the Hispanic population of Los Angeles.

On Monday, Martinez—who is supporting Bass—resigned as council president and left the municipal council.

Caruso, a former Republican who flipped to become a Democrat close the deadline to join the campaign in a city where the GOP is almost nonexistent, was running for political office for the first time.

He has used a large portion of his estimated $5.3 billion wealth to amass a war chest of $60 million, considerably surpassing the sum raised by any competitor in the last three mayoral elections.

Finding answers to the ongoing homelessness issue, growing violence, and skyrocketing rent and housing costs have been the main focuses of the contest for months.

The son of Italian immigrants and centrist Caruso is experimenting with whether the historically liberal metropolis may go to the political right for the first time in decades.

He pledges to increase the size of the police force and remove homeless camps from the streets as soon as possible.

President Joe Biden and Vice President Kamala Harris, a former California U.S. senator and attorney general, are among many who back the progressive Bass, who has positioned herself as a coalition-builder and became the Democratic establishment’s choice.

The winner would take over as mayor for Los Angeles from departing Democratic Mayor Eric Garcetti, who has mainly stayed out from the race.

More than a year ago, Biden nominated him to be the next ambassador to India, but it now seems that the claims of sexual harassment against a former senior aide to Garcetti are holding up his confirmation in the Senate.