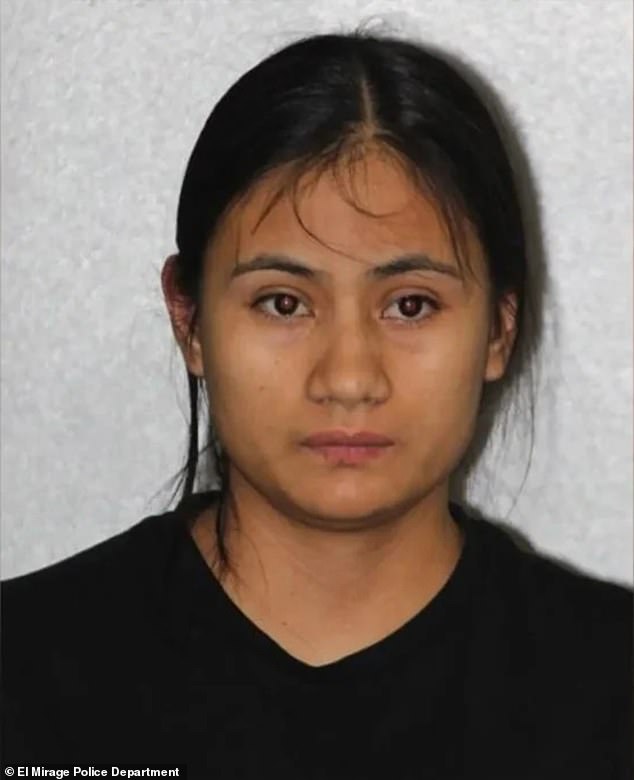 A woman accused of being a human trafficker has been detained for reportedly sneaking hundreds of migrants into the country while charging each one up to $15,000 before keeping them hostage in her Arizona home.

Tania Estudillo Hernandez, 24, was detained by police during a traffic check on Friday in El Mirage, according to a post published by the law enforcement organization.

It happened after police got a report that many individuals had been abducted and were being held at a nearby property for ransom.

Officers were watching the house when they saw the car carrying Estudillo Hernandez and a Guatemalan citizen depart.

According to authorities, Estudillo Hernandez was apprehended while actively carrying a Guatemalan national.

According to a preliminary inquiry, the lady was in charge of processing 80 to 100 migrants at the residence each month.

The duration of this program, according to officials, was at least six months.

The lady would demand up to $15,000 per migrant as payment for smuggling them into the nation.

While executing the traffic stop, EMPD discovered that two smugglers fled the house with 10 illegal immigrants.

The 24-year-old lady was detained by police on suspicion of money laundering and engaging in unlawful business.

She was then arrested for abduction, money laundering, running or taking part in an illicit operation, and conspiracy and brought into the Maricopa County Jail.

A semi-automatic rifle, pistols, records of people being smuggled, and “additional indications of human smuggling” were all discovered inside the house by investigators carrying out a search order.

Officers discovered a firearm that had been reported stolen from Phoenix.

According to EMPD officers, the evidence discovered demonstrated that Estudillo Hernandez had managed and oversaw the operation.

A little town called El Mirage is situated in Phoenix’s northwest. Data from the U.S. Census show that there are fewer than 40,000 people living in the city.

Arizona’s predicted undocumented population as of 2022 is 273,000, according to the Migrant Policy Institute.

It is estimated that at least 80% of the immigrants residing in the Grand Canyon State come from Mexico.

85% of the estimated 300,000 undocumented residents in Arizona, according to officials, come from either Mexico or Central America.

Nearly 750 migrants have lost their lives trying to reach the US as of early September.

From the sum of 558 fatalities in 2021, that number increased significantly.

Without the right documents, anyone attempting to enter the United States risk perilous falls from the border wall as well as hazardous weather conditions.

Since the fiscal year started in October 2021, more than 225 individuals have reportedly been hurt while trying to climb the 30-foot wall or escape from it, according to an NBC News story from June.

While riding with United States Border Patrol officers, Julia Ainsley and Didi Martinez saw firsthand how a young immigrant was hurt while trying to land on American territory.

Agent Valeria Morales said, “This smuggler exploited this little child.” She collapsed after being forced to climb the border fence.