Skip to content
Go Home «» News «» Breaking News «» 7 red flags that you’re being groomed: spot the difference between a well-meaning adult and a predator 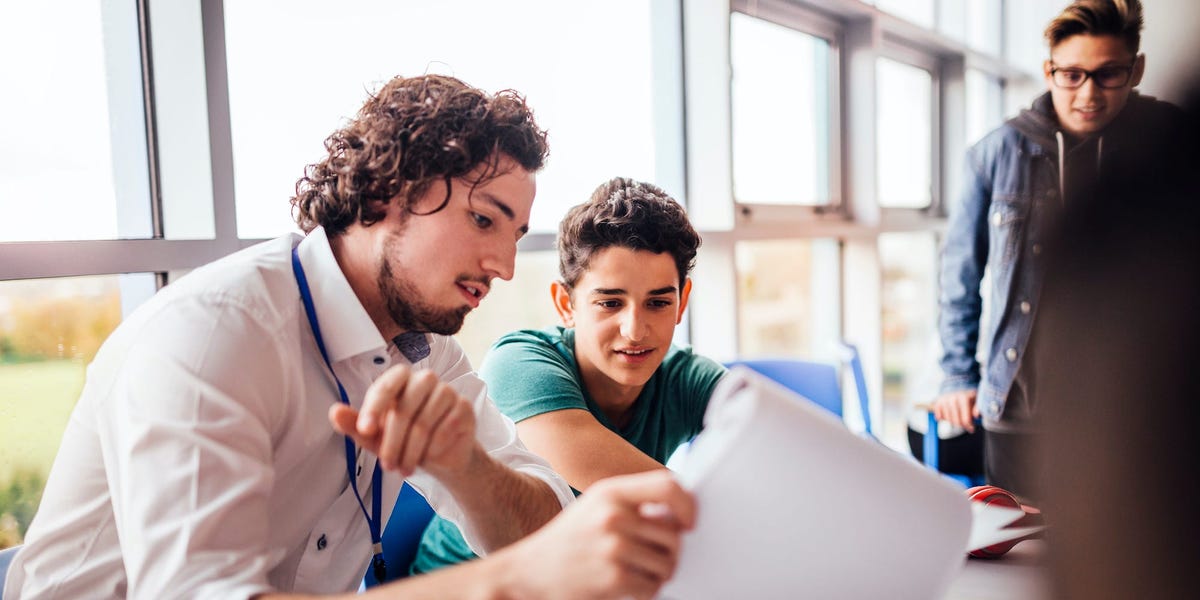 Grooming is the process of normalizing inappropriate behavior between minors and adults. If an adult tells you to keep secrets or starts giving you gifts out of nowhere, it may be a red flag. It’s also not normal for an adult to want to spend lots of alone time with you or offer you alcohol.

If you’re a minor who’s encountering unusual behavior from an adult — like love bombing or asking to spend a lot of alone, you may be a victim of grooming.

“Grooming is a set of actions that an adult takes to subtly or overtly assert inappropriate control and power over a vulnerable person, like a child,” says Kyle Zrenchik, a licensed family and marriage therapist and co-owner of All In Therapy Clinic.

Adults groom to slowly normalize an abnormal relationship, manipulating the young person to believe that they’re safe, trustworthy, and that the nature of the relationship is normal –– when in reality it’s anything but that.

“The ultimate goal of grooming is abuse,” says Rachel Wright, a licensed marriage and family therapist and psychotherapist in private practice. This means a groomer may engage in sexual, physical, or emotional abuse. Or, they might even force their victim to do violent or illegal acts, Wright says.

Here are seven signs of grooming to be on the lookout for.

1. They’re taking a quick, significant interest in you and your life

Sure, it’s nice when someone’s interested in what’s going on in your life. However, it can be alarming if it’s excessive or coming out of nowhere.

Wright says that behaviors could indicate grooming are:

Groomers work very hard to befriend their victims and earn their trust, says Wright. By taking a lot of interest in you and weaseling their way into your life, they’re ultimately manipulating you and likely going to eventually start asking for something in return.

2. They tell you to keep secrets

If someone is sharing sensitive information with you or engaging in certain behaviors with you and telling you to keep it a secret, this could be indicative of grooming, says Zrenchik.

Zrenchik says a couple of examples of this could look like a groomer saying:

3. They discuss inappropriate adult topics with you

Groomers may bring up unnecessary and inappropriate topics in conversation with you. Zrenchik says they may try to discuss:

Or they might bring up topics that seem a bit more harmless, like problems at work or with friends, Zrenchik. But the problem lies within how heavily they rely on you for emotional support or comfort.

For example, they may try to excessively call you, cry to you, or ask for lots of hugs. You should not be responsible for taking care of an adult’s emotional needs, and if an adult makes you feel this way, it’s a big red flag.

“An adult is supposed to comfort a child –– not vice versa,” Zrenchik says.

4. They try to fulfill your needs

When someone is going out of their way to spend time with you and listen to you, it can certainly feel flattering, but ultimately, it’s a manipulation tactic by the groomer, says Zrenchik.

Wright says if you tell an adult that you’re struggling with something or that you have nobody else to talk to, they will use this opportunity to get closer to you. They may even go overboard showing up as your confidant.

“This person will make themselves readily available to be there to hear all the details so that you can confide in them. They get information, you bond to them. It’s a win-win…until it’s not,” Wright says.

Ultimately, it’s about getting you to rely on them for comfort:  “In becoming reliant and trusting of this person, you wind up feeling brainwashed, doing things you wouldn’t typically do, and feel close to this person who has manipulated you,” Wright says.

5. They try to spend time alone with you

It’s common for groomers to try to get their victims alone so they can do and say things that they wouldn’t be able to around other adults, says Zrenchik. Additionally, this gives them a chance to feel it out and read how you respond to this behavior, testing the waters, so to speak.

The groomer may suggest this alone time in a way that seems innocuous, such as asking for help around their house, or saying they have an extra ticket to an event and no one to go with, Zrenchik says.

It’s easy for the line to be blurry here. A 2014 review states that some of this behavior —for example, a well-meaning mentor taking time to help you with an extracurricular interest — is not nefarious. But the review notes that groomers can use that to their advantage, making the scenario seem “normal” when it’s not.

But if someone is always trying to get you alone and insists that your parents or other adults don’t need to be there, it may be a way of isolating you.

“Abusers don’t want anyone figuring out what they’re doing so the less other people in the person their grooming’s life knows about them, the better. The isolation is about control,” Wright says.

6. They give you drugs or alcohol

If an adult is providing you with drugs or alcohol, this is a dangerous sign, says Zrenchik. According to a 2022 study, groomers use substances as a “tool” to aid in the abuse. This is because mind-altering substances can lower a victim’s inhibitions or their ability to consent.

Furthermore, this can be another attempt for the groomer to make the victim feel special, or even more grown-up, setting the stage for further abuse.

While sexual touch is a more obvious sign of grooming or abuse, an adult might also engage in inappropriate touch by massaging or tickling you, Zrenchik says.

It’s common for groomers to start out with “innocent” touch in an effort to desensitize you to it, so they can later progress to more intense inappropriate touch.

Furthermore, according to the same 2014 review, it’s not unlikely for groomers to claim that their inappropriate touching is accidental.

Due to the often-subtle nature of grooming, it is not always simple to recognise when you are a victim. Be on the alert for indicators such as efforts to spend time alone, adult talks, and improper touches. When your intuition tells you that something is incorrect, you should follow it.

If you are a child and suspect that an adult is grooming you, it is vital that you separate yourself from the groomer and inform a trustworthy adult, such as a parent or school counsellor, in order to avoid future abuse and remain safe.

»7 red flags that you’re being groomed: spot the difference between a well-meaning adult and a predator«