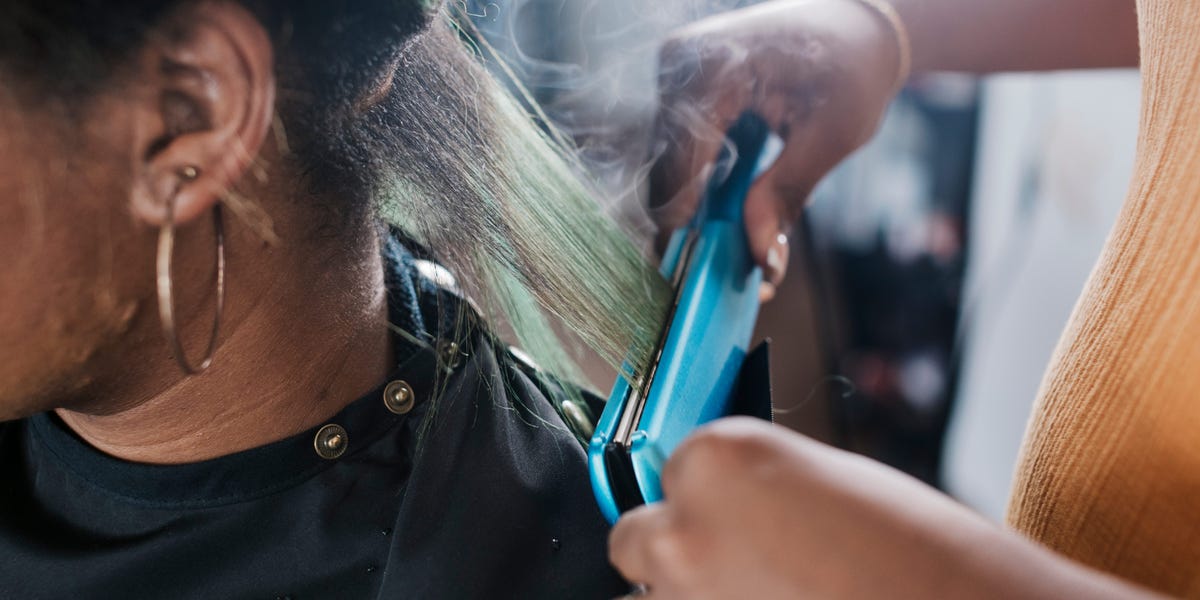 According to a recent complaint, a 32-year-old lady developed uterine cancer as a result of using L’Oréal hair products.

This week, Jenny Mitchell’s attorneys filed a lawsuit against L’Oréal and other cosmetic businesses on her behalf, claiming that the corporations neglected to inform Mitchell that hair straightening products contain chemicals linked to cancer. Mitchell is a native of Missouri.

In the lawsuit, it is alleged that the plaintiff’s cancer was caused by a combination of endocrine-disrupting chemicals and long-term exposure to phthalates, a class of chemicals included in certain cosmetics.

While phthalates in cosmetics have not been linked to uterine cancer, experts are currently looking into whether other chemicals in hair products might cause cancer, especially in Black women.

According to the lawsuit, Black woman Mitchell used chemical hair straighteners regularly from the time she was 10 years old until March 2022. Mitchell was 28 years old when she received the uterine cancer diagnosis in 2018. According to the complaint, she didn’t have a family history of the illness.

Only 3.4% of new cancer cases this year have been uterine cancer, making it an uncommon disease. But a recent review by the National Cancer Institute found that uterine cancer fatalities are increasing in the US, especially among Black women. Only 1.8% of all new instances of uterine cancer each year are in people under the age of 20.

According to a press release from civil rights lawyer Ben Crump, who is representing Mitchell in the lawsuit, “Black women have long been the victims of harmful items intentionally marketed to them.” “Black women have been taught they must use these items to fit society’s expectations, yet black hair has always been and always will be beautiful.”

When Insider contacted L’Oréal and the other cosmetic companies named in the lawsuit, no one responded right away.

Researchers are examining if hair products put Black women at a greater risk of acquiring cancer.

A week ago, Mitchell filed a lawsuit after a National Institutes of Health research involving more than 33,000 individuals revealed a link between using chemical hair straighteners and uterine cancer in women.

The study expands on recent studies investigating whether Black women are more likely to have health issues as a result of cosmetic use. Black women spend more on cosmetics and hair products than women in other groups, according to Nielsen research.

Despite having a greater chance of developing certain malignancies, many Black individuals are excluded from cancer-related clinical studies. For instance, a 2021 meta-analysis found that although Black Americans make up 4.5% of trial participants but 22% of instances of multiple myeloma.

Though certain phthalates might cause health issues, they are not present in cosmetics.

Phthalates are the main group of chemicals Mitchell claims in her lawsuit against L’Oréal caused her uterine cancer.

A class of synthetic compounds known as phthalates is used to create plastics, solvents, and personal care items. The FDA states that while there are numerous distinct phthalates, only one kind, diethylphthalate (DEP), is often detected in cosmetics.

According to Jen Novakovich, a cosmetic toxicologist who researches the impact of chemicals in cosmetics, while talking about the hazards of phthalates, experts sometimes lump all of them together. However, only certain of them are really dangerous.

For instance, a recent research found that Native Hawaiian women exposed to the flexibleing agent Di-2-ethylhexylphthalate (DEHP) had a greater chance of developing breast cancer.

However, research has not linked DEP, a phthalate used in cosmetics, to a cancer risk, according to Novakovich.