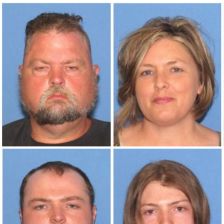 Anderson adored the first photo Sourabh chose for Anderson’s Tinder profile because it perfectly reflected his personality. The attractive environment is also perfect.

Blaine Anderson, a dating coach, advised Sourabh to utilize this photo as inspiration for updated images that would distinguish his profile.
Insider

Anderson told Insider, “His smile and the setting indicate that he is kind and adventurous, and the fact that he is carrying a camera indicates an interest in photography.”

When it came to the remainder of Sourabh’s photo selections, Anderson suggested that he take more purposeful photos for his profile to better demonstrate his hobbies and personality.

According to Anderson, the majority of her dating customers struggle with their image selections and choose a collection of photos that appear haphazard, whereas intentionality is preferable.

“Great profiles are deliberate. The creator has devoted time and effort in gathering photographs and writing text that, when combined, offer a comprehensive and compelling portrait of who they are and why you should get to know them “Anderson said.

She advised Sourabh to select a better-fitting shirt and a place that reflects his personality.

Anderson claims that Sourabh appears “very casual” in all of his images.

“This implies that women have no visual indications as to what it could be like to engage in more formal activities with him, such as a romantic supper,” Anderson explained.

Despite the importance of showcasing Sourabh’s easygoing personality, a wider range of attire would better reflect his versatility as a suitor. Anderson suggested him wear a collared shirt and shoot a photograph in an urban setting that highlights his attire.

Anderson like how Sourabh displayed his passion for photography. She advised he relocate it to the last position in the photo carousel on his profile.

“Typically, I advise against posting photographs in your profile that aren’t of you,” Anderson said. “However, because this is such a gorgeous photo and he enjoys photography so much, I think it’s acceptable to share.”

She suggested that, as the focus should be on Sourabh’s personality and attractiveness, he should make it the very last photograph and focus on updating his images to demonstrate his passion for photography better.

For the written component, Anderson advised Sourabh to use more examples to illustrate who he is and the type of relationship he seeks.

Anderson admired how Sourabh avoided mentioning any negatives in her writing.

She also stated that she would love to see more detail.

As an alternative to stating that he is a “introvert traveler,” Sourabh should provide a one-sentence tale about his favorite solo journey.

Anderson suggested that Sourabh might include a paragraph about his favorite meals and dishes where he noted that he is a “foodie at heart.”

Adding a call to action, such as a question, at the conclusion gives potential matches a way to engage.

After Sourabh’s line regarding road trips, Anderson recommended inserting a question similar to “What was your favorite trip this summer?”

Anderson stated that Sourabh would benefit most from higher-quality and more diversified photos.

According to Anderson, the best approach for Sourabh to enhance his profile is by taking new, high-quality photographs. She provided these specific examples:

Anderson stated, “If Sourabh has an aesthetically pleasing kitchen, and he is a photographer, he could photograph it at home.” Other choices include snapping a photo with a friend at a cooking class, which is also an excellent opportunity to meet other singles.

Anderso suggested photographing him in front of a waterfall while on a hike, or in another well-lit natural setting.

Anderson stated that Sourabh’s passion for road trips was buried in the ‘Interests’ part of his profile, which many women would never read. She advised photographing him in an isolated location and in front of his automobile.

“Tinder tends to be the most informal dating app, so I could suggest him pursue a more relationship-oriented service like Hinge,” said Anderson.