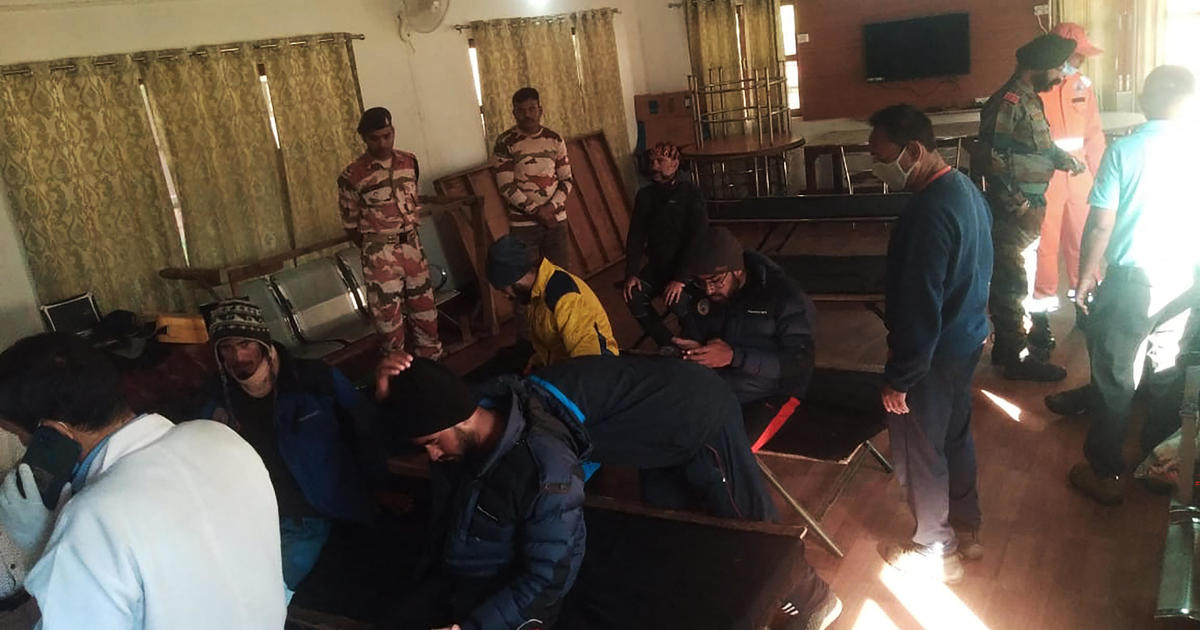 18 other members of the trip are still missing after an avalanche slammed climbers in the Indian Himalayas, authorities reported on Wednesday. Ten deaths have been officially verified.

In the northern state of Uttarakhand, close to the peak of Mount Draupadi ka Danda-II, several dozen climbing trainees were trapped in a snowslide on Tuesday morning.

Before being forced to give off the search overnight due to heavy snowfall and rain, the Indian Air Force and the local disaster agency were aiding with rescue attempts.

After efforts were restarted in the morning, the Uttarakhand state police department said on Twitter that “Rescue teams have retrieved 10 dead.”

Police said that five individuals were being treated at a district hospital in Uttarkashi, and that fourteen people had so far been evacuated from the avalanche location, which is around 16,000 feet above sea level.

On camera, many climbers who had been rescued were seen entering the town and proceeding on foot while being supervised by police.

Savita Kanswal, a skilled climber who had reached the peak of Everest earlier this year, was among the fatalities, Uttarakhand Chief Minister Pushkar Singh Dhami revealed on Twitter.

The climbing community had praised Kanswal, an instructor on the trip, for ascending Makalu and the world’s highest mountain in a record-breaking 16 days.

In addition to the relatives of the deceased, Dhami said that the government will provide urgent financial support to those hurt in the avalanche.

The climbers were trapped in a crevice when the avalanche struck, according to Ridhim Aggarwal, spokesman for the state disaster office, who spoke to AFP.

According to the Nehru Institute of Mountaineering, 34 of its trainees, seven teachers, and a nursing assistant participated on the trek.

According to senior disaster management officer Devendra Singh Patwal of AFP, two air force helicopters had been sent to the area to help with the search.

On the dangerous terrain of the Himalayas, home to Everest and some of the highest peaks in the world, fatal climbing mishaps are frequent.

In the adjacent state of Himachal Pradesh in August, the corpse of a climber who died two months after falling into a crevasse while traversing a glacier was found.

And only last week, after going missing while skiing down the eighth-highest mountain in the world, famed American ski mountaineer Hilaree Nelson’s corpse was discovered on the Manaslu peak in Nepal.

Jim Morrison and Nelson were skiing down Mount Manaslu when Nelson fell off the mountain. On Sunday, a Sherpa cremation ground held her traditional burial.

An avalanche struck the 26,781-foot peak the day before Nelson’s mishap, killing Nepali climber Anup Rai and wounding a dozen others who were eventually rescued.

Climbers have seen widening crevasses, rushing water on once snow-covered slopes, and an increase in the creation of glacial lakes, despite the fact that no comprehensive study has been done on the effects of climate change on climbing dangers in the Himalayas.