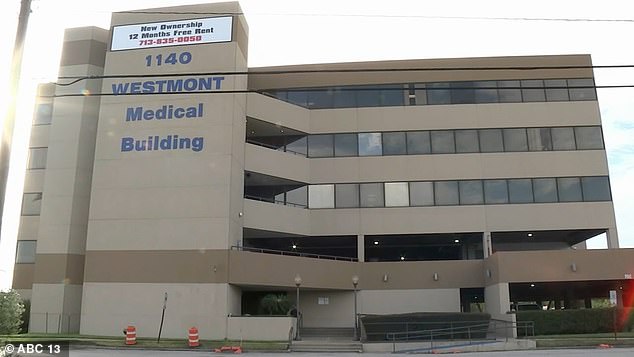 After a Texas woman accused a janitor of urinating in staff water bottles, which was later recorded on camera, more than a dozen victims have come forward.

The 54-year-old mother of two from Houston, who wished to remain anonymous, learned about the horrific incidents after contracting an STD, which led her to install a camera in the doctor’s office where she worked.

According to the woman who spoke to ABC 13, Lucio Diaz, 50, reportedly placed his genitalia roughly “halfway” into her beverage before “tilting the bottle back and essentially washing his penis in my water.”

Diaz is being jailed on a $75,000 bail after being charged with aggravated assault with a dangerous weapon and indecent assault. Concerning the same victim, both allegations are made.

Now that 13 victims have come forward, detectives think further charges might be brought.

The woman, who wished to remain anonymous, works at a doctor’s office where he previously worked as janitor. In August, she had suspicions after seeing that the workplace water fountain looked to be polluted and was emitting an unpleasant odor.

This person is a sick guy, she said.

“I want to take this to trial.” I want him to be revealed for who he really is, make restitution for his actions against me, then be deported.

After that, the woman said she began bringing in her own water, but that if she hadn’t finished it, she would leave it on her desk.

She realized her remaining water bottle smelled just as bad a few days after the disgusting water dispenser, so she tossed it away.

When a colleague volunteered to make her coffee in September, she questioned why the water in her container was yellow when she was instructed to use it.

She told KHOU 11: “I lifted it to my face, sniffed it, and it smelled like pee.” She said she felt “disgusted” when she did.

The identical incident had occurred to her, according to a different employee, and the doctor believed the caretaker was to blame.

She had placed spy cameras in her workplace by the end of September to support her allegations. According to court documents seen by ABC13, surveillance footage captured the janitor in the act, and a test performed at her workplace verified her worst suspicions.

I feared the worst and wondered, “What if he has a disease?” The mother of two got further unpleasant news after an STD test.

She told ABC 13: “I discovered I had an STD for which he also tested positive.” He gave me an STD that I will carry with me forever. Nothing will make a difference. Nothing will improve the situation for me. In fact, I believe I will need to exercise caution for the rest of my life.

The accused victim said that despite management’s notification, Diaz continued to work at the structure.

The victim gave the police two water bottles after the urinalysis. After being confronted by authorities, Diaz admitted to doing it with “malicious intent” and that it was a “disease.”

He admitted to doing something similar at his last work as well, although being unaware of his STD.

She has filed a lawsuit against the structure, and her attorney Kim Spurlock told ABC 14 that “they had an obligation to safeguard their renters, and they totally failed in those duties.”

On response, the owner of the structure, Altera Fund Advisors, released a statement from its CEO Terry Quinn that read: “Our management business quickly cooperated with the police department in this case as soon as we were made aware of this possible problem by our tenant.”

They were instructed by the police not to approach or warn the accused offender so that he might be apprehended. When he entered the building again, he was detained.