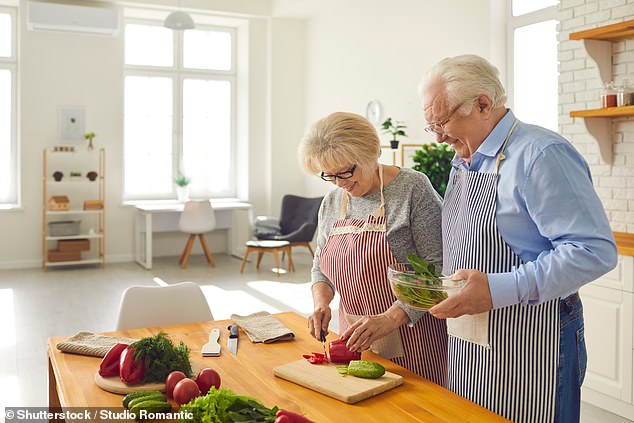 As Australians become more concerned that they won’t have enough superannuation to retire on, the ‘terrifying’ sum required to live a ‘comfortable’ life in retirement has been published.

Single Australians require at least $545,000 while couples need at least $640,000 in savings according to the Association of Super Funds Australia (ASFA) (ASFA).

A “comfortable” retirement, according to ASFA, is being able to pay for things like private health insurance, cable and streaming services, a dependable automobile, house maintenance, frequent outings to restaurants and the movies, and salon services.

According to the research, seniors who have saved at least $545,000 may take one domestic vacation year and one international excursion every seven years.

Comparatively, retirees with $70,000 in assets can only afford a “modest” retirement and only plan on one domestic trip a year and “a few brief getaways.”

A “modest” retirement entails “infrequent” outings to the movies and takeout, a constrained budget for house maintenance, and a less expensive, older vehicle.

Short trips are limited to a day excursion inside the city for seniors receiving the government’s Aged Pension, with the rest of their restricted budget going toward “local club special meals” and low-cost takeout.

The ASFA statistics is predicated on the notion that retirees are in generally good health and own their houses entirely.

Natasha Etschmann, a Perth-based investor, described it as “quite alarming” that single Australians required $545,000 to retire comfortably.

The accounts manager, who often uploads videos with advice on investing and saving money, went on TikTok to present ASFA’s breakdown of spending.

If your spouse dies and you don’t also own your own house, this is a really terrible amount for a single person, she added.

The statistics are released as Australians become more concerned that they won’t have enough superannuation to retire on.

According to recent study, employees often anticipate they will fall $200,000 short. According to statistics from AMP, 70% of women were concerned about not having enough money saved for retirement, compared to 56% of men.

According to the AMP research, women between the ages of 50 and 59 were most concerned about rising living expenses.

Rising cost of living and inflation are escalating retirement concerns, raising worries that Australians are “unnecessarily reducing quality of life.”

Australians, according to AMP, generally thought they required $600,000 to retire on but only anticipated having $400,000 in savings.

People between the ages of 65 and 69 had an average superannuation balance of $383,367, according to the most recent Australian Taxation Office statistics.

Based on the required superannuation balance, it equates to a shortfall of $151,633 on average for Australians who are at or nearing retirement age.

The Barefoot Investor, a best-selling book, has criticized the retirement goals set by the superannuation sector.

‘The super business has played to the rich in the members’ stand for far too long,’ Pape said to his supporters last month.

Instead, Pape has accepted a suggestion made by Super Consumers Australia, which holds that $258,000 is enough for someone who has paid off their mortgage.

According to tax office statistics, all adult age groups had average superannuation balances of $145,388.

A 32-year high of 7.75 percent inflation is predicted by the Reserve Bank of Australia for 2022, which is bad news for households already struggling with rising cost of living rates.

»What you need to retire ‘comfortably’ and what $545k will buy«