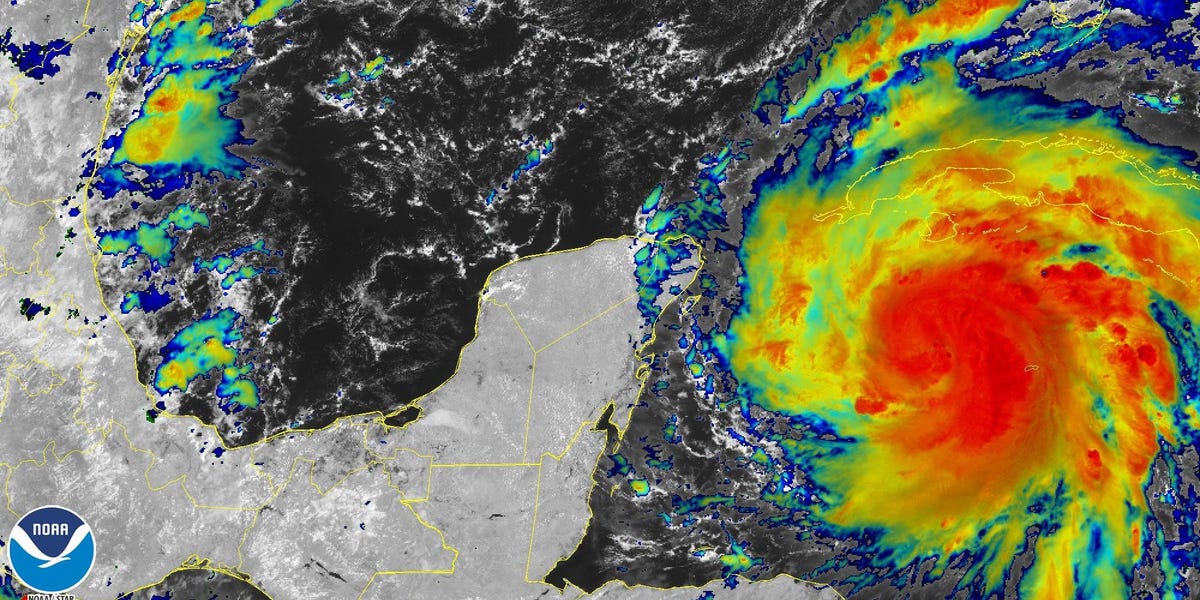 On Wednesday, Hurricane Ian is anticipated to make landfall as a powerful Category 3 storm in the Tampa Bay area.

Hurricane Ian is barreling toward Cuba, and analysts predict that when it gets closer to the western Florida shore, it will quickly intensify in the warm Gulf seas.

Ian is anticipated to travel through western Cuba on Monday night or early Tuesday, then the Cayman Islands on Monday.

The Cuban provinces of Isla de la Juventud, Pinar del Rio, and Artemisa are under a hurricane warning from the National Hurricane Center (NHC).

The storm was 195 miles southeast of Cuba’s western top on Monday at 2 p.m. ET, according to the NHC, and it was moving northwest at a speed of 13 mph.

Ian had 85 mph winds as of that report and was a Category 1 storm. However, it is predicted to intensify overnight or early on Tuesday, reaching 111 mph and becoming a Category 3 hurricane.

Half of the Florida Gulf Coast, from Englewood to the Anclote River, including Tampa Bay, is under a hurricane warning. NHC forecasts Tampa Bay to see the strongest storm surge, with up to 10 feet of water.

Flooding is anticipated to occur across Florida, even as far east as Orlando, due to heavy rains.

“This will be a typical downpour flood that will make moving around challenging.

This is the reason you can’t put off moving around and making your preparations until the last minute,” NHC’s interim director, Jamie Rhome, said in a webcast update on Monday. He said that by Tuesday night, everything should be ready in the Tampa Bay region.