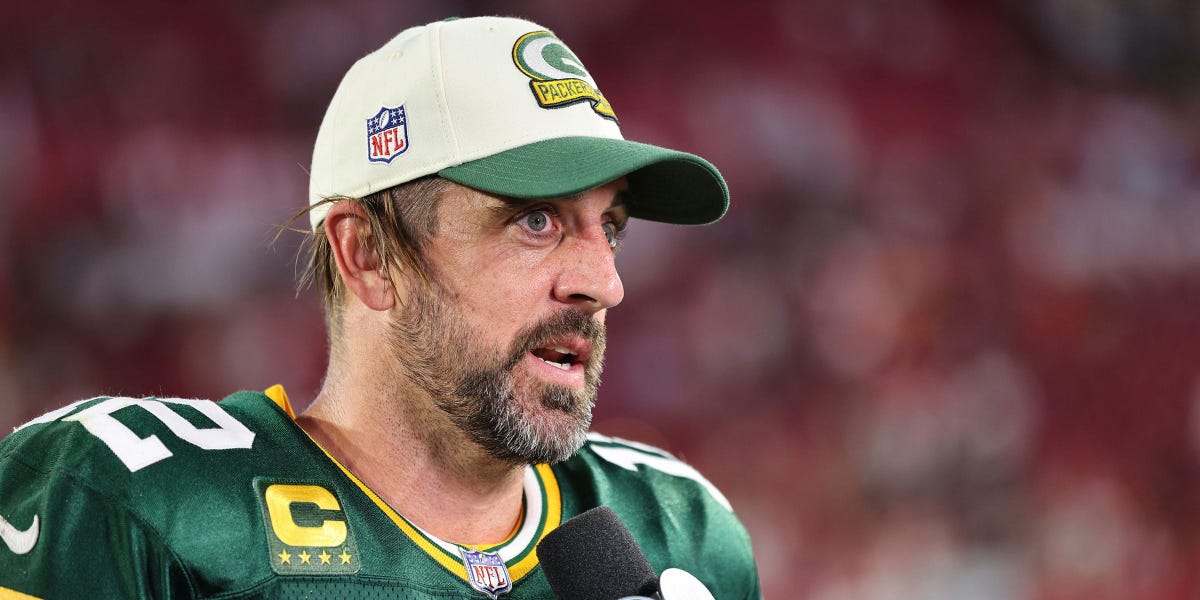 On Sunday, the Green Bay Packers held on to defeat the Tampa Bay Buccaneers 14-12, leaving Tampa Bay with an important second victory to begin the year.

Although the Packers had been in the lead for the most of the game, the Buccaneers made a late effort to tie the game, driving 89 yards to score a touchdown with just 14 seconds remaining in the fourth quarter, bringing the score to 14-12. To force overtime, the Buccaneers would need a two-point conversion.

Tampa Bay’s offense was forced back to the seven-yard line before the two-point attempt due to a peculiar turn of events involving a delay-of-game penalty.

The Packers defense halted the play when the Buccaneers managed to initiate the snap in time.

Even though Aaron Rodgers wasn’t there for the crucial defensive stop, he could have had a role in it.

Rodgers made a suggestion after the game that the Buccaneers had revealed anything when the Jumbotron was showing their sideline before to their last offensive play.

Rodgers said, “You see stuff in the game sometimes. “Even at home, the Jumbotron sometimes broadcasts material that is probably inappropriate. I just relayed what I observed to the other person.”

Rodgers’ account of the events was ambiguous, and considering his propensity for tampering with the media, it’s probable he was only amusing himself.

However, Rodgers is also one of the greatest quarterbacks to ever play the game, and if he had seen the Buccaneers on the Jumbotron at the appropriate moment, he certainly could have seen a hint from their huddle.

When questioned about Rodgers’ remarks on Monday, Todd Bowles, the head coach of the Buccaneers, said that the club will be investigating what, if anything, happened wrong.

When asked whether he had discussed keeping the camera off the sidelines during crucial circumstances with the gameday operations crew, Bowles said, “We’re meeting this afternoon.

Best of luck to the Raymond James Stadium Jumbotron crew, who probably have a harder Monday than usual.