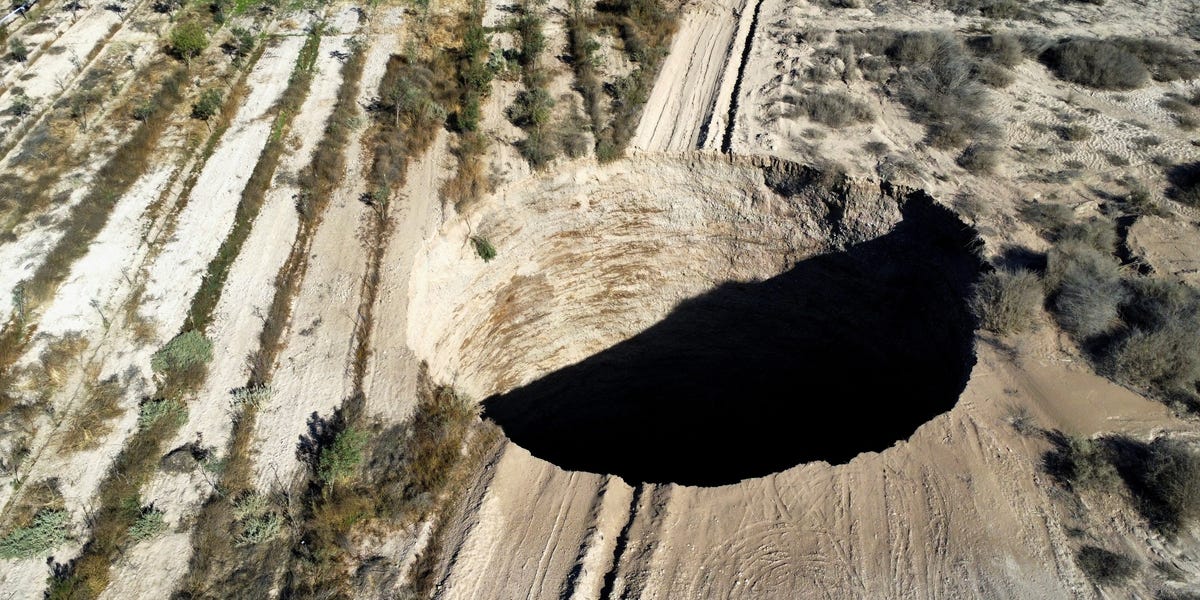 The Associated Press reports that on Saturday after the area had significant rainfall, two enormous sinkholes appeared near Villa Nueva, Guatemala.

Two – a mother and daughter — are gone, and there are at least three individuals who have been hurt. According to AP, search operations resumed on Monday.

About ten miles south of Guatemala City, near Villa Nueva, the sinkholes appeared in the center of a busy route.

Sinkholes may be created artificially or naturally. According to the US Geological Survey, they are most frequent in locations with “karst topography,” where the subsurface rocks “may naturally be dissolved by groundwater moving through them.”

The earth ultimately collapses, often in a very spectacular manner, as the water underneath the land slowly dissolves and sweeps away the rock.

Following a water main break or a broken pipe, sinkholes may appear in urban areas. According to National Geographic, they may also happen in places with a lot of rain.

According to the USGS, there is no database that keeps track of the number of sinkholes, at least not in the US. They often go undetected, particularly when they occur in remote regions.

However, the harms—which might range from lives to financial costs—can be severe.

The USGS estimates that sinkholes have cost the US at least $300 million annually on average over the last 15 years.

The agency claims that the expenses are possibly far greater. The number of deaths caused by this event is unknown.

Here are a few sinkholes that have appeared in recent years.