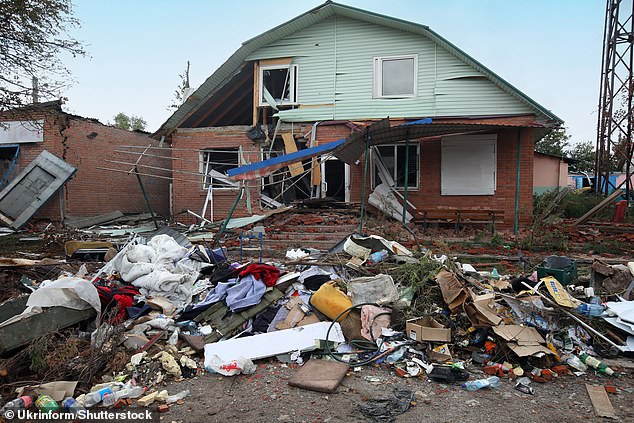 A temporary budget package has been agreed upon by lawmakers to contain $12 billion for Ukraine as it fights off a Russian invasion, raising the total amount of US aid authorized by US Congress to almost $66 billion.

A source told Reuters that they also agreed to include cash for the resettling of Afghan refugees, another demand from the Biden administration.

Before debating a longer-term funding package after the midterm elections, Congress must adopt a continuing resolution (CR) by Friday at midnight in order to keep the government funded at its present levels.

At the start of the invasion in March, Congress first pledged $13.6 billion to Ukraine. In May, it was followed by a $40 billion assistance package.

If the pace is maintained, Ukraine, which has already received the most U.S. security aid in Europe since 2014, might exceed other countries where the U.S. has exercised strong influence in history to become the greatest beneficiary in the last century.

Since Russia’s invasion of Crimea in 2014, the US has provided Ukraine with military assistance totaling around $2.7 billion year from 2014 until 2021, but the volume and fast pace of that assistance this year is almost unheard of.

Before the Taliban took control of the country, the United States gave Afghanistan approximately $73 billion in military assistance, along with further billions for the nation’s post-war reconstruction and about $873 billion for the conflict.

But with $146 billion in military aid and financing for missile defense, Israel continues to be the country that has received the most foreign aid from the United States overall since World War II.

Although the increased financing for Ukraine is most likely to pass, there is less enthusiasm for providing funds for a conflict with no apparent conclusion in sight.

In the Senate, where 60 votes are required to pass legislation, hawkish Republicans are more prevalent, but the House’s Republican caucus is primarily composed of isolationists.

Some have called for a more thorough breakdown of how the funds is being used.

According to Freedom Caucus Chair Scott Perry, R-Pa., “We need to demand accountability for how that money’s being used so we know on a granular level that it’s not simply being wasted in Ukraine.”

Therefore, don’t expect me to give Ukraine additional funding without first having a meaningful discussion about guns and butter, a discussion about why we are spending the money and how doing so will advance our national security.

He blasted Republicans who ‘use defense as an excuse to spend all manners of money.’

Along with the Ukraine funding, Senate Majority Leader Chuck Schumer will have a difficult time getting Sen. Joe Manchin’s pipeline licensing bill attached to the continuing resolution as retribution for Manchin’s “yes” vote on the Inflation Reduction Act.

The interim funding package is also anticipated to include money to deal with the water problem in Jackson, Mississippi, money to assist low-income families in paying for heat this winter, and money to assist in the resettlement of Afghan refugees as requested by the White House. The user fee scheme for the FDA has also been agreed upon.

»US Congress have granted $12 billion in temporary aid for Ukraine, totaling $66 billion«