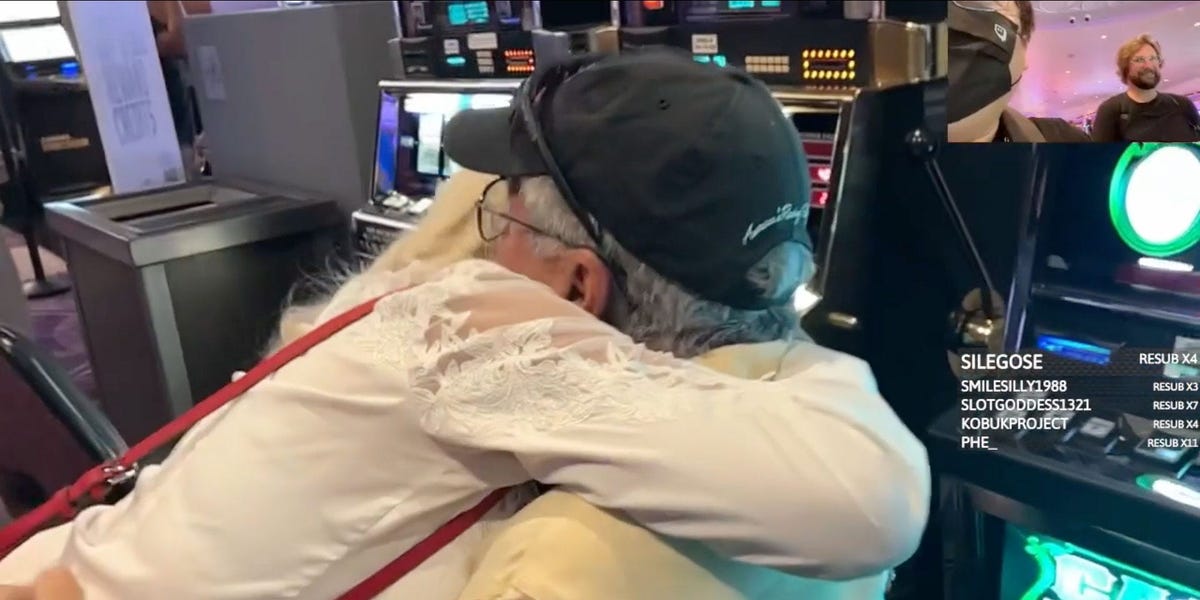 A Twitch streamer captured an older couple winning $10,000 on slot machines during a live stream.

LasVegasVP often broadcasts casino-related content to his 55,000 subscribers. He was live-streaming his own slot machine play when a nearby couple won.

The couple yelled with pleasure and amazement as their neighbors exchanged shocked stares and began debating the sum.

The streamer explained to the new victors how the casino’s multiplication mechanism worked.

The couple paused to smile at one another before embracing, drawing “awws” from their neighbors.

After a streamer admitted to defrauding tens of thousands of dollars from viewers to fuel a gambling habit, Twitch changed its stance on allowing gambling content on its platform only a few weeks ago. As of October 18, a number of casinos and websites will prohibit gambling streaming, yet there are still several gambling-related Twitch accounts.

According to a company statement shared on Twitter on September 20, the policy will, in part, “prohibit streaming of gambling sites that include slots, roulette, or dice games that aren’t licensed in the United States or other jurisdictions that provide adequate consumer protection,” whereas sites that focus on sports betting, fantasy sports, and poker will be permitted.