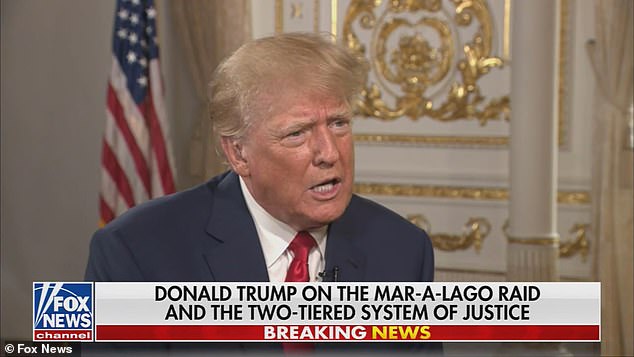 Donald Trump’s attorneys attempted to circumvent a special master’s mandate that they attest for the correctness of an inventory of the items the government confiscated from Mar-a-Lago. District Court Judge Aileen Cannon decided in Donald Trump’s favor.

In order to implement a new management strategy for sifting through the mountain of papers, a different judge, special master Raymond Dearie, had instructed Trump’s attorneys to disclose the allegation.

Trump and several of his supporters have often asserted—without offering any supporting documentation—that the FBI concealed evidence at his exclusive Florida club during the investigation.

His legal staff would have had to decide whether to support or reject that assertion, putting their own reputations on the line.

There shall be no distinct obligation on Plaintiff (Trump) at this time, prior to the evaluation of any of the Seized Materials, to lodge, Judge Cannon said in her amended order. challenges to the truthfulness of the inventory, its descriptions, or its contents made by the defendant.

She wrote that “The Court’s Appointment Order did not contemplate that obligation,” adding that “the parties and the Special Master now are situated to proceed forward with the review process pending exchange of the actual materials” and that “the government has complied with its own requirement to attest to the inventory.”

She did say that parties should let the special master know if “new concerns arise” during the examination that called for reevaluating the inventory.

In response to Trump’s concerns about the review’s speed, she also delayed the deadline for evaluating the deadline to December 16, which is far after the elections in November.

With the excuse that it needed to review the papers first, Trump’s staff avoided the need of objecting to anything in the inventory or clearly asserting that Trump didn’t have it in his hands. Judge Cannon remarked that the government said “such an objection is essential to initiate the review process.”

Following the 2020 presidential election, Cannon—whom Trump had nominated—confirmed—ruled in favor of the government on another issue in the bitterly contested case.

She decided that the government’s affidavit regarding a detailed inventory may be sealed.

Julie Edelstein, the government’s deputy chief for national security, requested the redaction in a motion, claiming that it “would safeguard the identify of an FBI agent engaged on this inquiry.” This limited sealing is required because some of the government employees working on this inquiry have received threats and abuse after their names were made public.

She granted the request and ordered that the affidavit be kept confidential “until further direction.”

The decisions followed complaints from Trump’s legal team over the speed of going through the 200,000 pages of documents that were taken from Mar-a-Lago. The legal team also made it clear that it was contesting the order requiring the former president to attest to the correctness of the inventory.

As the’special master’ it sought oversees the process of reviewing information collected in an FBI search, Trump’s team repeatedly criticizes the government in its most recent filing, which was uploaded Wednesday night.

The Justice Department’s investigation may continue as the special master sorts through the evidence to address Trump’s privilege claims, according to a decision by a three-judge U.S. appeals court.

“DOJ continues to believe that it has legal standing. The statements are declarations intended to undermine judicial monitoring and the plaintiff’s constitutional rights, not arguments, according to Trump’s attorneys.

Federal Judge Raymond Dearie, who has his courtroom in Brooklyn, questioned Trump’s attorneys if the inventory of material was true after Trump repeatedly claimed in public that the FBI had fabricated papers without providing any supporting details.

His attorneys’ claim of accuracy would seem to refute such argument.

Dearie incorporated the instruction into a new “case management plan” for going through around 11,000 papers. Trump has made the accusation publicly several times without providing any supporting documentation.

‘A list of any particular objects as out in the Detailed Property Inventory that Plaintiff contends were not taken from the Premises on August 8, 2022,’ the court said, “must be submitted by Plaintiff no later than September 30, 2022, along with each of the following factual facts.”

Trump’s attorneys objected to the requirement in a letter to Dearie and subsequent filing because “the Special Master’s case management plan exceeds the grant of power from the District Court on this subject.”

The paper was signed by Trump attorney Jim Trusty. Christopher Kise, the most recent legal wizard to join Trump’s team and who allegedly received a $3 million advance, wasn’t there.

The attorneys also expressed concern about the amount of information included in the 11,000 pages that the FBI had erased, arguing that the government had not disclosed the entire scope.

The Sunday letter, which is included in the complaint, was covered by CNN.

They also expressed dissatisfaction with the scheduling amid claims that Trump is attempting to postpone the case by requesting a special master, a step that was mandated by Trump-appointed federal judge Aileen Cannon.

In sum, they stated, “it was never practical for the Government to offer such a restricted timetable,” since “seasoned IT specialists who consistently engage on large-scale document outputs with the Government cannot match the Government’s suggested timeline.”

In a Fox News appearance, Trump accused people of fabricating evidence, which is illegal. He also suggested that the FBI may have been searching for Hillary Clinton’s lost emails.

He remarked of his own lawyers, “The difficulty you have is they go into rooms – they won’t allow anyone close – they wouldn’t even let them in the same building.”

Was there anything they dropped on those piles? Or did they wait to do it? With them, there is no chain of custody,” Trump stated.