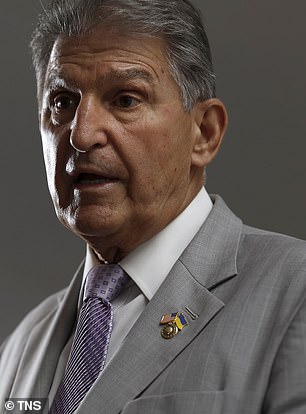 The federal government will run out of money on Friday, and this week should spark a contentious discussion over additional billions for Ukraine aid, a pipeline payback agreement, aid for Afghan refugees, and funds to help low-income families with their exorbitant heating costs.

The Senate is scheduled to vote on a “shell” of the final funding measure on Tuesday as part of a procedural motion, testing if there is enough support for it to clear the 60-vote threshold in the divided Senate. The final funding bill is still being drafted.

It is not in anyone’s interest to start a government shutdown this close to elections, therefore both parties are under pressure to adopt a temporary measure to finance the government at its present levels until after the November elections.

Prior to moving forward, lawmakers must resolve a deadlock about a permitting agreement mediated by Sen. Majority Leader Chuck Schumer and Sen. Joe Manchin.

In return for his support of the Inflation Reduction Act, Schumer, a Democrat from New York, promised his West Virginian colleague that he would approve permitting reform before October (IRA).

Republicans and some Democrats are uniting in opposition to the agreement, which the left and right see as a benefit for oil and gas industries and a political payback plan, respectively.

The pipeline law establishes a “target” review period of 1-2 years and mandates that the president choose 25 permits projects for priority consideration. It also automatically approves the Manchin’s Mountain Valley pipeline in West Virginia.

Progressive Democrats are opposed to any measure that makes it easier to dig for fossil fuels, while Republicans have called the idea a “message bill.”

Last week, eight Democrats wrote to Schumer requesting that the continuing resolution (CR) to finance the government and the permitting reform package be kept separate. Nearly 70 Democrats in the House asked Democratic leaders in a letter earlier this month to split the bills.

Republican Sen. Shelley Capito of West Virginia, who had previously filed her own permitting measure, agreed to support the Manchin bill after reading its contents.

Even though he runs the danger of failing to pass a spending package by adding the permitting law, Schumer assured reporters only last Thursday that it “will be on the CR.”

There are plans to add another $12 billion to the budget for Ukraine, increasing the total amount of assistance given since the conflict began to around $60 million.

Republicans in the Senate are more in favor of the foreign assistance than those in the House.

The interim funding package is also anticipated to include money to deal with the water problem in Jackson, Mississippi, money to assist low-income families in paying for heat this winter, and money to assist in the resettlement of Afghan refugees as requested by the White House. The user fee scheme for the FDA has also been agreed upon.

On Fox News on Sunday, Manchin argued for his pipeline measure with Republicans.

Manchin said, “This is not about me.” “My Republican friends, I’ve worked with them for 12 years, and I know that permitting reform has been their top goal and topic of discussion.”

‘In America, we can’t create anything. Between five and ten years pass. It takes one to three years in the developed world.

And why should we lag so far behind the industrialized world in developing goods and the infrastructure needed to transport energy?

And we’re expecting people all over the globe to do tasks for us that we won’t perform for ourselves, he said.