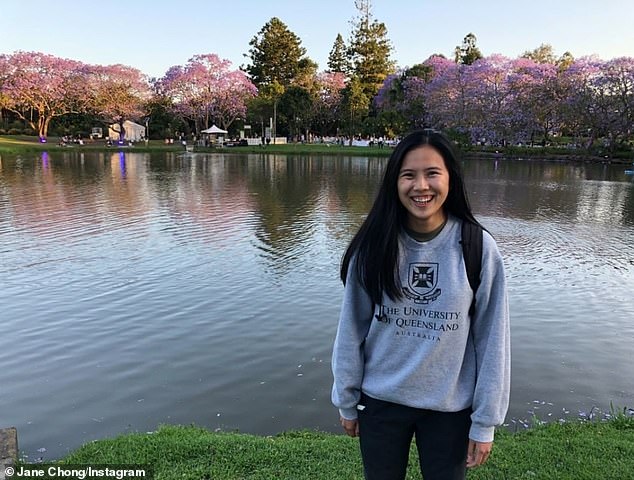 An incensed former student falsely claimed that University of Queensland Sport had sent her a racist message on social media, but her allegation was immediately refuted.

Sierra Chen posted on Facebook her dissatisfaction after receiving a letter addressed to “Ms. Ching Chong” at her residence.

The term in the letter, which is often used as a racial slur against persons of Chinese and East Asian heritage, led the Chinese lady to conclude that it was written in a racist manner.

Later on, it was discovered that the letter was sent to Ching Chong, a student who once resided at the same house.

Sierra Chen (left) posted on Facebook her indignation after receiving a letter addressed to “Ms. Ching Chong” at her residence.

The irate former student posted on social media that she had received mail from UQ Sports last week that had the insult “Ching Chong” written on the envelope.

The letter’s substance was perfectly regular, however the term “Ching Chong” is offensive to Chinese people.

“I contacted them to learn the truth, and they informed me where a girl named Ching Chong was who had left this address,” the emailer said. Due to privacy concerns, they were unable to provide me with any other information.

When Ms. Chen investigated with her home manager, she was told that Ching Chong had never resided in the house.

Others who believed her tweet to be a racist jest responded to it with a wide range of fury.

You ought to report it, another person wrote.

In a surprising turn of events, Jane Chong, a former pupil, came out to encourage folks to “relax” since she is really Ching Chong and that is her birth name.

According to Ms. Chong’s statement, “My parents called me Ching because it rhymes with my family name Chong and my lovely Chinese name.”

I was a Blues recipient in 2017 and resided at that location. I merely have a nice name; UQ sports is not racist.

If this wasn’t my real identity, I too would be really perplexed if I got a mail at my address with such an intriguing name.

“I appreciate you making the effort to look for me and checking with UQ Sports and the home management. I’m grateful to you.

Those who commented on the article were obviously relieved and enjoyed the “plot twist.”

What a turn of events. Never have I laughed that much! There was one comment.