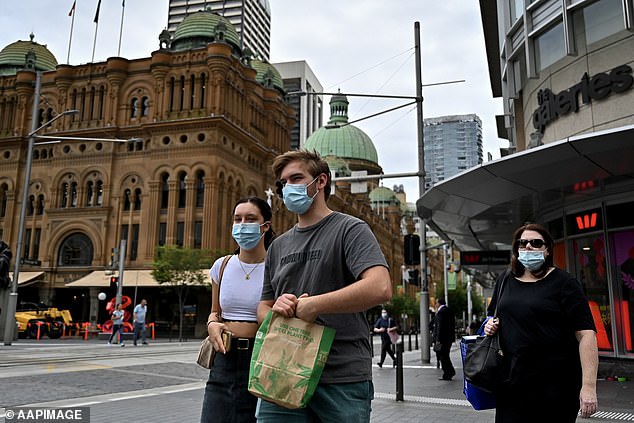 Currently, Australians who have tested positive for the virus are required to remain in isolation for five days.

But on Thursday, the prime minister stated that it was time for Australia to abandon public health restrictions and return to normalcy.

He stated, “I feel we need to reach a position where, if you’re sick, you remain home and if you’re not, you go out and enjoy life.”

It is always necessary to strike a balance between public health, larger health concerns like as mental health, social well-being, and economic and financial difficulties confronting the citizens of our state.

Mr. Perrottet disclosed that he had already discussed the elimination of the isolation time with other state governors, but he did not specify who, if anyone, supported his position.

If we can do that in a way that leads to consensus among state governors, I believe that is the ideal strategy.

He stated that he would “see tomorrow” if any national cabinet members supported his position.

Mr. Perrottet stated earlier in the month that it was time to completely abandon public health orders.

He stated, “I believe we need to move away from public health orders and toward a system in which we respect each other: if you’re sick, you stay at home, and if you’re not sick, you go to work.”

The state should not enforce these orders during the current pandemic.

Since early August, the number of Covid cases, hospitalizations, and deaths has been gradually falling across the nation.

This week, 14,170 infections were reported in New South Wales, compared to 17,229 the previous week.

In the previous week, 69 people died from Covid-19, while 1176 were hospitalized, including 24 in the intensive care unit.

It comes a week after New South Wales eliminated the mask requirement for public transportation.

They are presently only necessary in public and private hospitals, residential care facilities for the elderly, and hostels.

The Australian national cabinet has voted to cut the mandated isolation period from seven to five days.