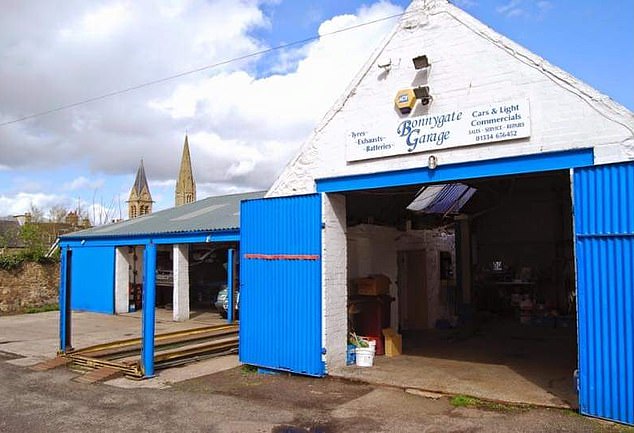 Thousands of pounds were stolen from consumers by a fraudulent internet auto shop selling used vehicles.

They stole automobile information from other reliable web retailers and marketed hundreds of used cars at discount rates.

From March 2022 until early September, when it was taken down by authorities in response to a BBC investigation, the website was operational.

According to the BBC investigation, the name Auto-Promotions was allegedly stolen from an once actual vehicle dealership in order to seem credible.

Despite having no connection to the fraudulent website under investigation, the family-owned, real vehicle business is still registered on Companies House.

According to the BBC, West Yorkshire resident Pietro Pagliuca deposited over £4,000 to Auto-Promotions to purchase a used Nissan Qashqai when his previous one broke down.

Mr. Pagliuca signed an agreement to buy the automobile after speaking on the phone with a caller who claimed to be the sales director.

When he received an invoice with what he thought was a corporation stamp, he felt more secure.

“I really had no reservations about them. He told the BBC, “It all seemed legitimate, and a lot of firms supply goods these days.

He intended to use the vehicle to transport his elderly mother, who struggles with mobility; the two had pooled all of their resources. But the automobile didn’t show up.

His bank returned him half of the money earlier this month when he reported the internet transaction to them.

Due to the degree of information included, National Trading Standards referred to the Auto-Promotions website as sophisticated.

The address on the hoax website was a genuine garage with a location in Fife, Scotland, in addition to utilizing the name of an actual old auto shop.

The business that was once headquartered at the garage gave its name to the previous legal dealership Auto-Promotions.

This means that the information matched what was provided to Companies House.

According to reports, all of the marketed used automobiles had MOTs, which increased their perceived credibility.

The fraudulent website included expert headshots of persons posing as “workers,” but who were really unaware that their pictures were being used as false identities until the BBC approached them.

One was a former Financial Times journalist, while the other was an actress from Hollywood.

In England, Wales, and Northern Ireland, there were 2,969 complaints of online car fraud in 2021, up 21% from 2,459 allegations in 2019, according to Action Fraud, the UK’s national reporting center for fraud and cybercrime.

According to National Trading Standards, criminals have discovered a demand that they will attempt to meet as a result of customers searching for a deal as a result of the cost of living crisis and issues with the availability of new cars.

Normally, we’re accustomed to seeing the occasional automobile for sale on other platforms, but having a complete website designed to mislead customers is really rare, he added.

The victims weren’t only the buyers who had been duped.

Harry Cairney, who owns the Fife garage that Auto-Promotions erroneously claimed to be located at, said that hundreds of individuals have contacted and stopped by in recent months seeking information about the automobiles that were advertised on the website of the fictitious business.

Customers have approached him, according to Mr. Cairney, and this has had an adverse effect on him and his firm.

He has responded by posting a warning on the Facebook page for his garage.

I had to check out the location since it seemed too good to be true, he says.

He ran into Mr. Cairney in the garage, who told him about the con.

He remarked, “I was very thankful I didn’t squander my money.”

While many who have lost money are relieved that the website has been shut down, Mike Andrews from National Trading Standards cautions it does not imply the scam is over.

The thieves sometimes swiftly launch a new website in a few of days. He describes it as a never-ending game of cat and mouse.