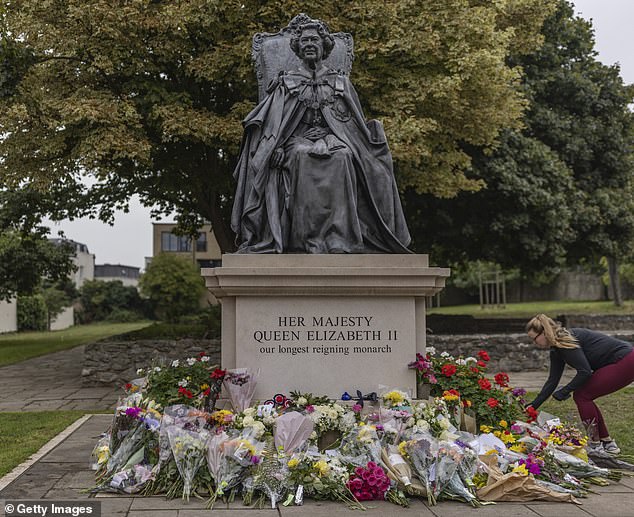 Sadiq Khan, the mayor of London, changed his mind about his intention to prevent the Queen’s monument from being erected in Trafalgar Square, thus it may now be done.

The fourth plinth in London’s Trafalgar Square will remain in use for the next four years, according to the mayor’s office, and a statue of the Queen won’t be constructed there “for the foreseeable future.”

Following the passing of Queen Elizabeth II earlier this month, calls have been made for the site, which is presently utilized for a new monument every two years, to house a permanent statue of the monarch.

The plinth will continue to be used for transient installations as it has since 1999, according to what Sadiq Khan first said.

The Mayor’s office reversed course today, stating that the Royal Family might choose to have a statue of Queen Elizabeth II placed on the fourth plinth.

A representative for Sadiq Khan stated: “His Majesty the King and the Royal Family decide where a statue of Her Majesty Queen Elizabeth II would be placed.

“The Mayor stands prepared to help the Royal Family in whatever their preferences are so that we can make sure we have an appropriate tribute to our longest-reigning monarch,” he said.

Using the Fourth Plinth is included in this, of course, if the Royal Family like it.

The newest tenant of the Trafalgar Square corner, scheduled to occupy the fourth plinth until 2024, was revealed yesterday.

The monument, dubbed “Antelope,” is a creation by artist Samson Kambalu and honors anti-colonialist John Chilembwe.

According to the artist, before the uprising, he took a photo of himself and a friend wearing hats while simply standing side by side. He then distributed this photo among his supporters as a statement of political equality, saying, “We are equal to white people so I can wear a hat in front of a white person. Naturally, he passed away a few months later, but his message endured.

For the foreseeable future, the fourth plinth will continue to display brand-new creations by elite artists.

“Fourth Plinth displays are scheduled throughout the following four years.”

»Sadiq recants, and the mayor stands with the royals«