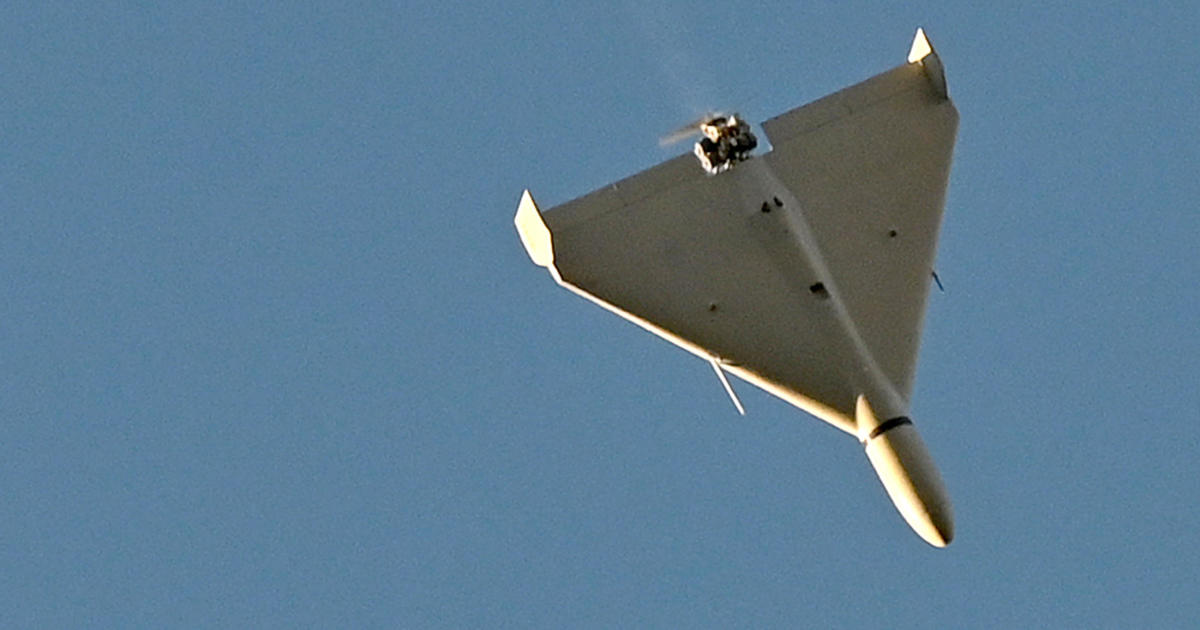 Explosive-laden suicide drones pounded the Ukrainian capital as families were preparing to begin the week early on Monday, burning buildings ablaze and sending people scrambling for shelters. The attacks, which apparently resulted in the deaths of numerous individuals, occurred a week after Russia conducted huge, coordinated air strikes across the country.

Kyiv’s mayor, Vitali Klitschko, stated that apartment towers were destroyed and a non-residential building caught fire in the city’s center Shevchenko neighborhood. At least one person was reportedly murdered and another is feared to be trapped in the debris of a damaged residential building, according to him. The Interior Minister of Ukraine, Denys Monastyrskyi, later stated that “many” persons were murdered in Russian airstrikes on cities around the country, although he did not elaborate.

Photographers captured photographs of at least one of the drones as it soared into Kiev, with its triangular wings and pointed warhead clearly visible against the blue sky. Multiple swarms of drones descended from the sky, their motors emitting a hostile hum.

In the previous week, Russian strikes have targeted apartment buildings and other civilian structures, as well as infrastructure like power plants. According to Ukrainian Prime Minister Denys Shmygal, crucial energy infrastructure in three areas was attacked on Monday, shutting out power to hundreds of cities and villages.

“Russian terrorists assaulted the electricity infrastructure of Ukraine in three regions once more,” Shmygal added, citing five attacks in Kiev in addition to attacks in the Dnipropetrovsk and Sumy regions. He stated, “Hundreds of towns were cut off as a result of the attack.”

Videos posted on social media websites depicted drones buzzing over the capital and smoke billowing in the early morning light. Additionally, the sound of steady gunfire was audible from one location, which appeared to be attempting to shoot down a drone.

Explosions were reported in the same central Kyiv neighborhood where a week ago a missile attack destroyed a children’s playground.

“The Russians believe it would help them, but it demonstrates their desperation,” he told AFP.

Monday, Ukrainian President Volodymyr Zelenskyy stated that the enemy terrorizes the civilian population during the entire night and morning. “Kamikaze drones and missiles are assaulting the entire territory of Ukraine. The adversary may attack our towns, but it cannot defeat us.”

Since the beginning of the conflict, when Russian forces were unable to seize the capital, attacks in the city’s core district have become uncommon. Last week’s early morning attacks were the first explosives heard in Kyiv’s city center in in months, putting Kyiv and the rest of the country on edge as the war approaches its ninth month.

Monday’s explosions appeared to be a continuation of what many fear will become increasingly frequent in metropolitan areas.

President Vladimir Putin of Russia stated that last week’s attacks were in response to the bombing of a bridge connecting the Crimean peninsula to the Russian mainland. Putin accuses Ukraine of orchestrating the explosion, which halted bridge traffic and limited Moscow’s ability to utilize the bridge to supply Russian soldiers in the occupied regions of southern Ukraine.

In recent days, combat has risen in the eastern districts of Donetsk and Luhansk, and the Ukrainian counteroffensive has continued in the southern provinces of Kherson and Zaporizhia.

Zelenskyy stated in his Sunday evening presentation that intense fighting was occurring around the Donetsk region cities of Bakhmut and Soledar. Donetsk and Luhansk comprise the majority of the industrial east known as the Donbas and were two of four territories annexed by Russia in September in violation of international law.

On Sunday, the Russian-backed authority in the Donetsk area reported that Ukraine had shelled its administrative center. There were no casualties reported.