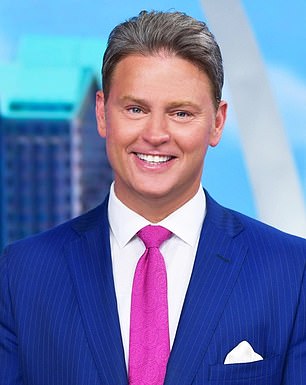 A St. Louis radio presenter lost his cool when his female co-host questioned his computer abilities, calling her a “bad parent” and calling her “trash, overweight, and dumb” in an off-air tirade.

On September 13, Fox 2 News anchor Vic Faust was doing a radio programme when he launched into a sexist and enraged tirade against his co-host Crystal Cooper.

According to the St. Louis Post-Dispatch, which got a hold of an audio clip of the off-air tirade that took place during a commercial break, he attacked Cooper’s parenting abilities and her weight.

You’re a f**king obese, filthy, b**ch, listen. He yelled at the host during the programme, “You’re a f**king, big, b**ch, and you don’t f**king bring s**t up on-air when I f**king got your back,” according to an edited tape made available by the Dispatch.

The off-air wrath doesn’t seem to be there in the show’s original tape, which is available on YouTube.

When Cooper pointed out that he had called her “dumb” twice, he exploded, telling her: “You were making fun of me while I was playing around on the internet.”

You’ve attacked me before on-air, he continued. You’re a chubby, righteous b**ch, I tell you. And I’ll call you what you are every day you walk into this f**king studio: a f**king obese, disgusting b**ch.

Faust continued by saying that he had reported her “attacks” on him “five times” to management and that she “only had this f**king job because of me.”

She has “never assaulted” Faust, according to Cooper.

She shouted at Faust, saying, “You’ve yelled at me twice and this is the second time on break now.”

He said, “The issue is that you believe that anything you do is right. She said she didn’t, to which he replied, “Shut your f**king mouth.”

He reprimanded her, saying, “You had no f**king reason to attack me on-air yesterday and you did.”

He was instructed to “grow the f**k up,” and she emphasised that she had never “attacked” him.

The host retorted, “You grow up, you big b**ch,” incensed.

The two clashed over whether or not the female presenter understood anything about “radio” as Cooper continued by saying that it was “poor radio to constantly bringing up your computer.”

“You’re simply foolish; you don’t even understand the subjects we discuss.” Because you attended Villa [Duchesne], you believe you are unique, but you are not. You’re worthless.

Cooper assured him that she will return to the programme since it is her “f**king work” and that he is not in charge of her.

Her final day as host was September 13 when the programme aired, according to a later post on her Facebook page.

“I will f**king [unintelligible] to you if you ever attempt to f**king do that s**t again.” You become bigger, fat a**.

He continued to berate her for her poor parenting, telling her, “You kids have a horrible f**king mom, I feel bad for them.”

Before a producer screamed, “You have 20 seconds, so f**king calm,” into the sound booth, the two were still arguing.

The St. Louis Post-Dispatch reports that the show has subsequently been cancelled and that music programming has taken its place.

According to the St. Louis Post-Dispatch, Faust corroborated the audio recording’s profanity-heavy segment.

He mentioned further “background” information on the battle but refrained from saying anything else.