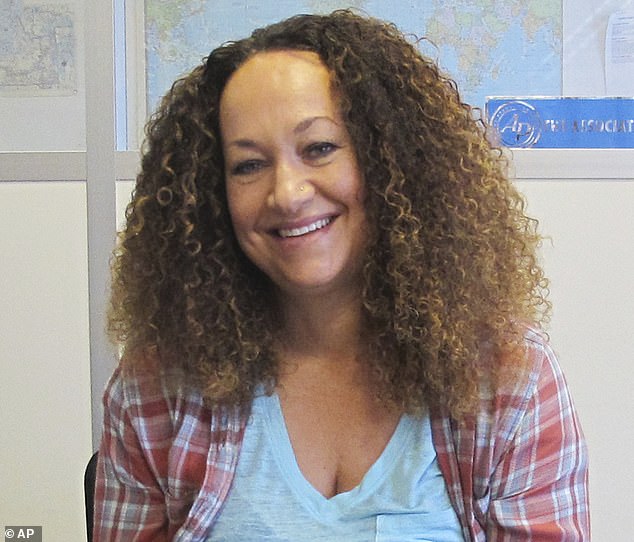 With Rihanna’s successful lingerie line in full view, Rachel Dolezal, who was notably involved in a racial dispute for masquerading as a black woman years ago, has been sharing sensual photographs of herself on her OnlyFans website.

On Monday, screen captures of a few of the images were shared on social media.

A spokesperson for the 44-year-old former NAACP president of Spokane, Washington, informed TMZ that Dolezal was given the highly sought-after Savage X Fenty gear and wanted to show it off to her followers.

However, according to her profile, the $9.99 per month account is now focused on ‘creative material’ where she can engage with her admirers.

Intimate pictures inspired by color, light, and lingerie are also posted there, so members can “see how my sensuous side mixes with my creative energy on the weekends.”

According to her pictures, Dolezal has been posing in the fashionable underwear on her Facebook since January 2022.

OnlyFans has gained notoriety for providing a forum for personal interactions between celebrities and fans as well as a secure location for sex workers to advertise and receive payment.

Dolezal has previously offered handcrafted lollipops, Melanin Spectrum dolls, and a $1,000 sculpture of an electric chair in addition to her OnlyFans account.

Dolezal claimed last year that she relies only on side jobs to support herself since she has been unable to get employment as a result of the uproar surrounding her made-up race.

Dolezal’s deception, which she had maintained for more than ten years, was exposed in 2015.

She received criticism from a lot of people, but Rihanna called her “a bit of a hero” for igniting the national conversation on race.

In black interview with Vanity Fair, Rihanna complimented Dolezal and said that she had “changed people’s perspectives.”

She said, “I believe she was a little bit of a hero because she sort of turned society on its head.”

Is the fact that she claimed to be black really such a terrible thing? The color black is fantastic.

“I believe she genuinely impacted people’s outlook a little bit and woke them up,” she said.

Dolezal was sacked from her post as an adjunct professor of Africana Studies at Eastern Washington University and was forced to resign from a leadership role in the local Spokane NAACP chapter as a result of the controversy.

Dolezal made an appearance in a new documentary on black beauty last year. In it, she accuses her detractors of being “white supremacist folks” and says her black ex-husband “repressed” her.

The documentary, titled “Subjects of Desire,” which was directed by Jennifer Holness and had its SXSW premiere in March, showed Dolezal complaining that the incident had subjected her to “shaming and mockery.”

I’ve been referred to as a slur to both white and black ladies. According to the Daily Beast, she said that white ladies were upset with her because she had gone above and beyond what they would have never done.

“I canceled my white privilege. I didn’t simply be that white ally and do a little bit.” I postponed my hair.

Although Dolezal’s words were ambiguous, it seemed that she was being criticized by black women because her incident was “like a trigger to post-traumatic stress.”