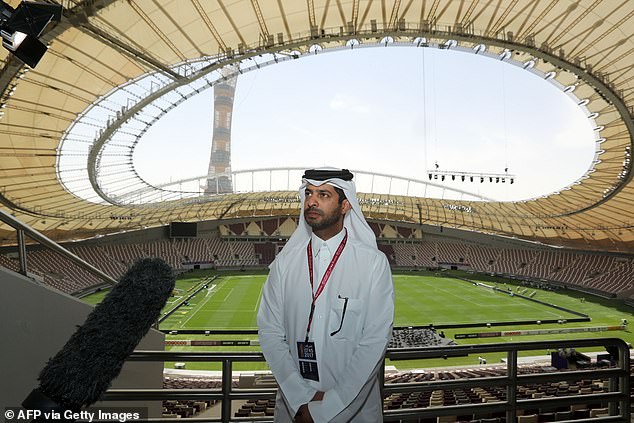 The top organizer of the tournament in Qatar has issued a warning that intoxicated football fans would be gathered up and transferred to a designated sober area.

During the event, alcohol, which is generally only served in hotel bars, will be available outside stadiums and in fan zones, according to Nasser Al Khater.

He continued without providing further information, “But anybody found to be too inebriated would be brought to ‘a location to sober up’.”

In a little more than a month, the World Cup will begin in Qatar, the first Muslim country to host the event.

The selling of alcohol is one of the possible cultural conflicts that might arise between players and supporters as a result.

Typically, only non-Muslim visitors and citizens of Qatar are permitted to purchase alcohol, and only from establishments with specific permits.

These are mainly hotel bars, clubs, and upscale dining establishments that have the right to reject service to patrons who are obviously intoxicated or making a disturbance.

Alcohol may also be bought for domestic use, but only via a state distributor and on the basis of merit.

That will be extended to stadiums and specially created fan zones during the world cup.

However, Mr. Khater told Sky News that there are preparations in place for individuals to sober up if they have been drinking too much.

It’s a location to ensure that they keep themselves safe and don’t hurt anybody else, according to the statement.

We just ask that people respect the local way of life, he said.

After all, “everyone is welcome and you have nothing to worry about as long as you don’t do anything that damages other people, as you’re not damaging public property, as long as you’re acting in a manner that’s not detrimental.”

It follows massive fan unrest during the 2020 Euros, which were held in 2021 and were held in great part in the UK.

Wembley hosted the final, which was plagued by issues including people breaking into the stadium and drunken behavior on the streets.

It sparked demands for a thorough assessment of how security is handled at events as well as requests to reconsider the culture around high-profile sports.

Gay supporters who decide to go will be free to publicly demonstrate signs of love and show support for the LGBT community, according to Mr. Khater.

He did clarify, however, that it would be up to football’s regulatory bodies to decide whether players may wear identical insignias on the field.

He also demanded that politics be eliminated from football.

He said, “This is a sports event that people want to come [to] and enjoy.”

“I don’t believe it’s proper for the sport to turn it into a platform of political views,” the speaker said.