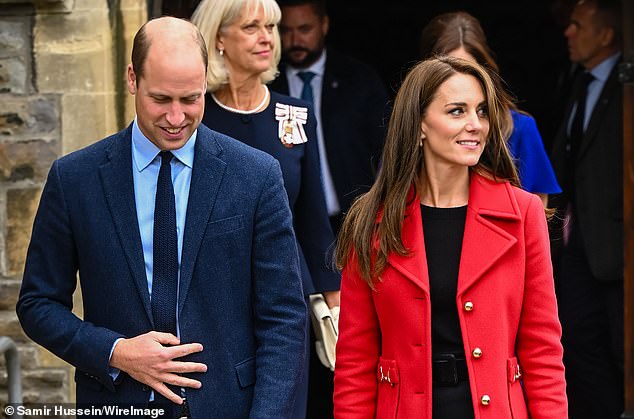 King Charles and Prince William won’t be attending the Cop27 climate meeting because Liz Truss allegedly told them not to.

The king was said to be preparing a speech at the November summit of global leaders in Sharm El Sheikh, Egypt.

But at a meeting at Buckingham Palace last month, the Prime Minister, who is also unable to attend, voiced opposition to his proposals.

Another surprise is the Prince of Wales’ decision to skip the meeting in favor of concentrating on his Earthshot Prize, despite the fact that he is an active environmental activist like his father.

In contrast, the royal family met in Glasgow for Cop26, when the late Queen delivered a moving speech on protecting the environment.

It happens in the midst of mounting rumors that the government intends to scale down or possibly abandon its goal of having “net zero” carbon emissions by 2050.

The King reportedly requested guidance, which Miss Truss allegedly provided. The arrangement that the King would not attend was made with great respect and goodwill, according to the Palace.

However, the King, who as Prince of Wales had a long history of trying to lessen the consequences of climate change, is likely to have been disappointed by the decision. He has a history of meddling in government affairs as the heir to the throne, most notably criticizing the government’s decision to transfer undocumented immigrants to Rwanda.

Friends urged him not to change his stance on global warming after the passing of his mother.

However, because of his constitutional duty to maintain political neutrality, the king was forced to admit in his speech to the country after the passing of the Queen that “it will no longer be feasible to spend so much time to the… topics that I care so passionately.”

King Charles had said he would go to Cop27, the 27th UN Climate Change Conference, before taking the throne last month. Cop27 will take place from November 6 to November 18.

Although the King has previously gone, according to a source who spoke to the Daily Mail, there have never been any solid arrangements for him to come this year, despite talk to the contrary. The Palace sought counsel since the British Government authorizes all international travel.

There have reportedly been “unanimous” decisions that the King should not make his first official trip abroad during Cop27 since there are so many requests for him to be sent abroad.

Sources cited his message to the country after his mother passed away, in which he emphasized that despite his changed circumstances, he is “ever cognizant” of his constitutional responsibilities.

It is thought that the environment would continue to be crucial to his job as sovereign, as the Mail previously noted.

In his opening remarks at Cop21 in 2015, he cited climate change as the biggest danger confronting mankind.

The King repeated Winston Churchill in a forceful address by pushing “the few” to take action to rescue the earth and pleading with international leaders to contribute “trillions, not billions, of cash.”

He also spoke at the Cop26 opening ceremony in Glasgow last year, urging global leaders to address climate change on a “warlike basis.” It is claimed that while not attending Cop27 in person, he is still committed to making his presence known, keeping the door open for a virtual appearance.

Tobias Ellwood, a Conservative MP, expressed his hope that the King would be permitted to visit Egypt in a tweet, noting that his presence would give the British delegation “real authority” as a “globally regarded voice” on environmental issues.

Miss Truss is said to be more skeptical of the green agenda while Boris Johnson has become an avid supporter of net zero.

According to a government source, “The Palace and the Government weighed individually before deciding together that he is not going to be attending Cop.”